Home » Geography » What is the Difference Between Bay and Lagoon

The main difference between bay and lagoon is that bays typically tend to have a semi-circular shape, whereas lagoons have an irregular shape.

Bay and lagoon are two land formations we can commonly see in coastal areas. A bay is a broad inlet of the sea where the land curves inwards. A lagoon, on the other hand, is a stretch of salt water separated from the ocean by a low sandbank or coral reef. 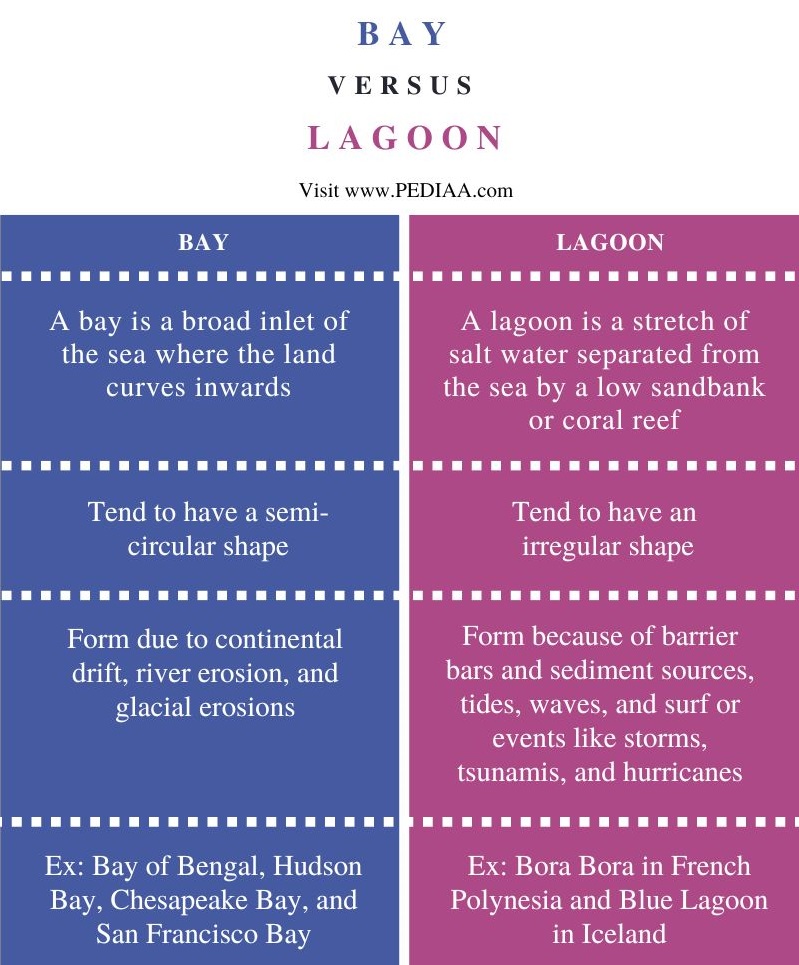 What is a Bay

A bay is a body of water partially enclosed by land. It is a wide inlet of water where the land curves inwards. It could be a part of the ocean or a lake. In general, a bay is smaller and less enclosed than a gulf. In fact, a gulf is a large bay. Bays can form as a result of continental drift. Some large bays and gulfs, such as the Gulf of Alaska and the Gulf of Mexico, have evolved in this manner. Bays can also be created by glacial and river erosion. 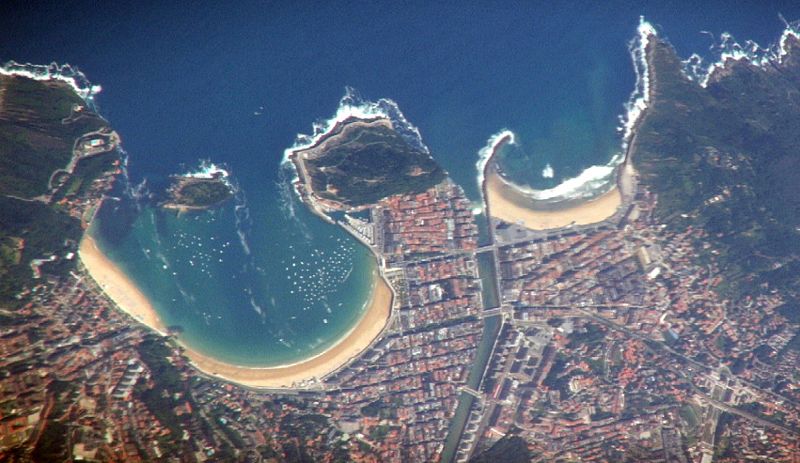 The land around the bay can frequently obstruct waves and diminish wind strength. As a result, they provide a more secure environment for fishing. Bays also make excellent harbors and ports. Bays include the Bay of Bengal, Hudson Bay, Chesapeake Bay, and San Francisco Bay. The Bay of Bengal is thought to be the world’s largest bay.

What is a Lagoon

A lagoon is a body of shallow water isolated from the ocean by a narrow landform, such as barrier islands, sandbars, or coral reefs. They are ubiquitous coastal landforms present throughout the world. Some popular lagoons in the world include Bora Bora in French Polynesia, the Outer Banks on the coasts of North Carolina and Virginia, and Blue Lagoon in Iceland. In fact, the city of Venice is standing on barrier islands and Adriatic Sea lagoon. 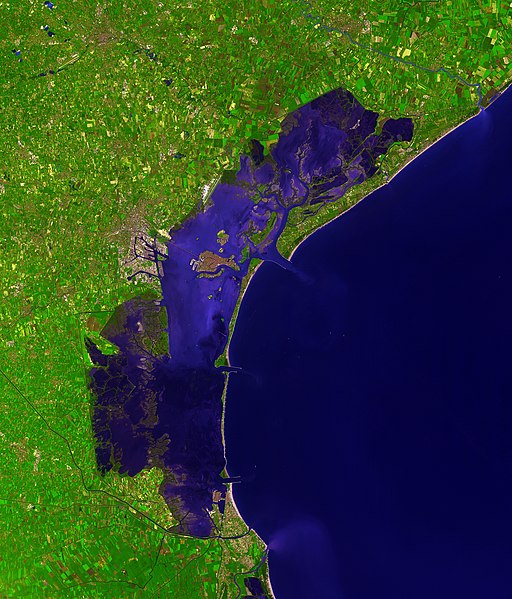 Difference Between Bay and Lagoon

A bay is a broad inlet of the sea where the land curves inwards, whereas a lagoon is a stretch of salt water that is separated from the sea by a low sandbank or coral reef.

Lagoons have an irregular shape, whereas bays have a semi-circular shape.

Bays form due to continental drift, river erosion, and glacial erosions, while lagoons form because of barrier bars and sediment sources, tides, waves, and surf or events like storms, tsunamis, and hurricanes.

Bay of Bengal, Hudson Bay, Chesapeake Bay, and San Francisco Bay are some examples of bays, while Bora Bora in French Polynesia and Blue Lagoon in Iceland are examples of lagoons.