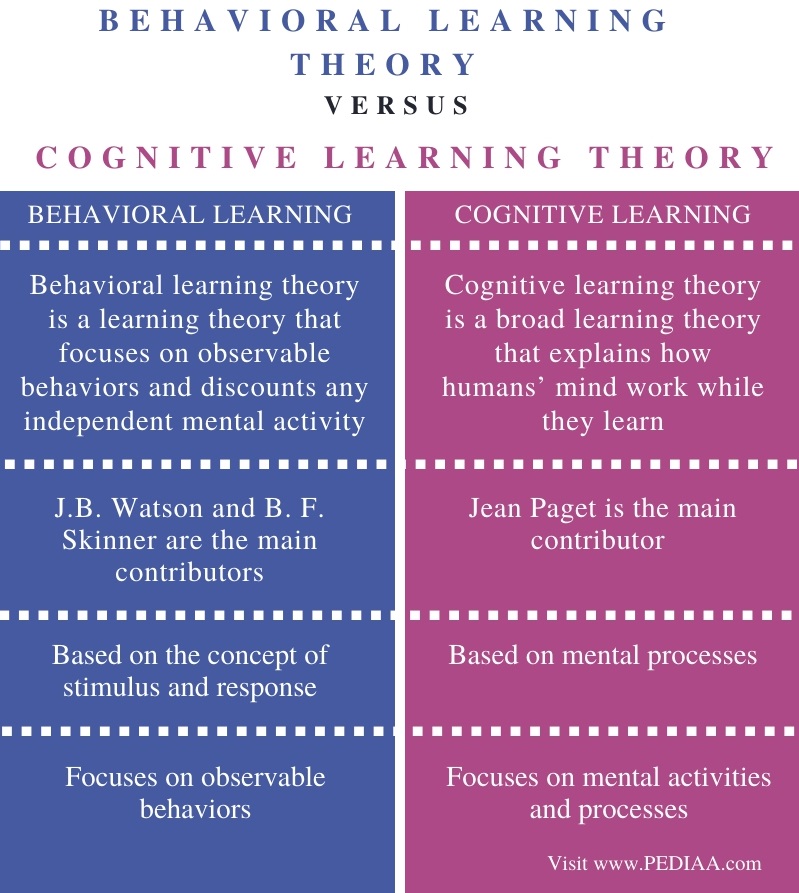 What is Behavioral Learning Theory

Behavioral learning theory is a learning theory that focuses on observable behaviors and discounts any independent mental activity. According to this theory, learning is considered to occur only when we can see the results. This is because behaviorists are interested in seeing a change in behavior. Moreover, the acquisition of new behavior based on environmental conditions.

Stimulus and response are a key concept in behaviorist learning theory. In fact, this is similar to cause and effect.  Stimuli are the things that provoke reactions, while responses are the reaction to stimuli. If you give students the correct stimulus, they will give you the response they want. This gives birth to the idea of rewards and punishments. For example, if a student has completed all his homework correctly, the teacher will reward him by praising him. Likewise, if a student has not done his homework, the teacher will punish him in order to make sure that he doesn’t repeat this behavior.

Moreover, the idea of Tabular Rasa (an empty slate) is another concept is behaviorism. Behaviorists believe that children are born with no knowledge; they learn through experience and their experience (the rewards and punishments they get) shape how they behave.

Furthermore, there are two main types of behaviorism as classic conditioning and behavioral or operant conditioning. Classical conditioning is concerned with involuntary responses or natural reflexes to stimuli. A student’s irrational fears or anxieties like fear of public speaking is an example. Operant conditioning, on the other hand, occurs when a response to a stimulus is reinforced. Here, if a certain response to a stimulus is rewarded, that response is more likely to be repeated. If it’s punished, it’s not likely to be repeated. The following diagram explains this concept in detail. 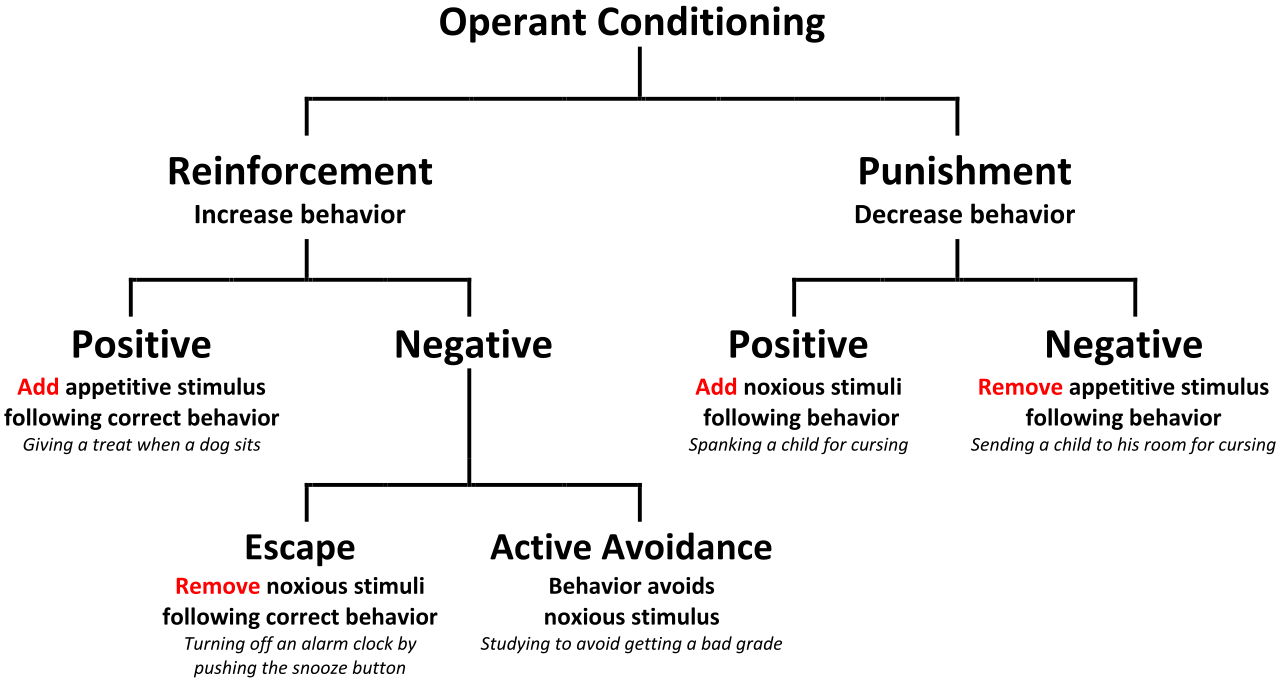 What is Cognitive Learning Theory

Cognitive learning theory is a broad theory that explains how humans’ mind work while they learn. This theory focuses on how the human brain process information and how learning occurs through the internal processing of information. This theory is credited to Jean Piaget, an educational psychologist who believed that learners actively construct knowledge based on their existing cognitive structures. Moreover, this cognitive learning is based on individuals cognitively processing input to result in a behaviour. There are various elements in mental processes such as organizing, interpreting, categorizing, attention, forming generalizations, etc. 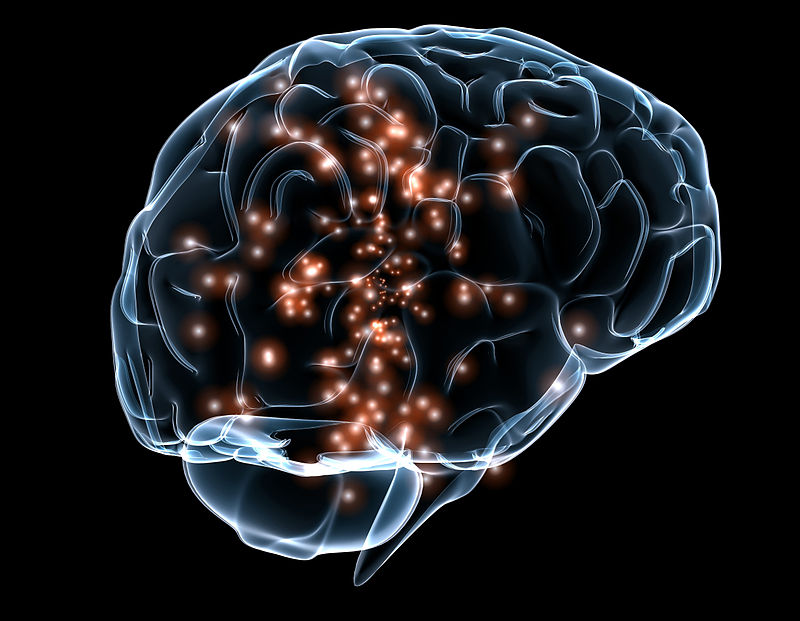 We can further categorize cognitive learning theory into two groups: Cognitive Behavioral Theory (CBT) and Social Cognitive Theory (SCT). CBT focuses on the role of cognition in the behavioral pattern of individuals. SCT describes the influence of individual experiences, the actions of others, and environmental factors on individual behaviors. Moreover, there are three main variables in SCT: behavioral factors, environmental factors (extrinsic factors), and personal factors (intrinsic factors). These three variables interrelate with each other, causing learning to occur.

1. “Operant conditioning diagram rev” By Box73 (recreated and converted to svg) and Curtis Neveu (source) – This file is a recreation of this diagram (CC BY 3.0) via Commons Wikimedia
2. “Neuronal activity DARPA” – courtesy of Massachusetts General Hospital and Draper Labs –  (Public Domain) via Commons Wikimedia