Calzones originated in Naples, Italy in the 18th the century. The name calzone refers to the baggy pants worn by men at the time. Calzone is shaped like a folded pizza and can be called a filled oven pizza. It looks like a puffy half-moon or football. Calzones are traditionally made from salted bread dough, but in the United States, they are made from the pizza dough. They are typically baked in the oven, but calzones of smaller size can be fried in olive oil. Fried calzones are generally stuffed with tomatoes and cheese.

Generally, the dough is made from flour, yeast, olive oil, water and salt. Calzones are typically filled with cheeses such as mozzarella, provolone, ricotta, parmesan or a type of regional cheese. Then the dough is formed into a spherical shape or folded into a half-moon shape and sealed with an egg mixture.

A typical calzone is stuffed with ham or salami and ricotta, mozzarella, and parmesan or pecorino cheese. In the United States, they are typically stuffed with meats, vegetables and cheeses. 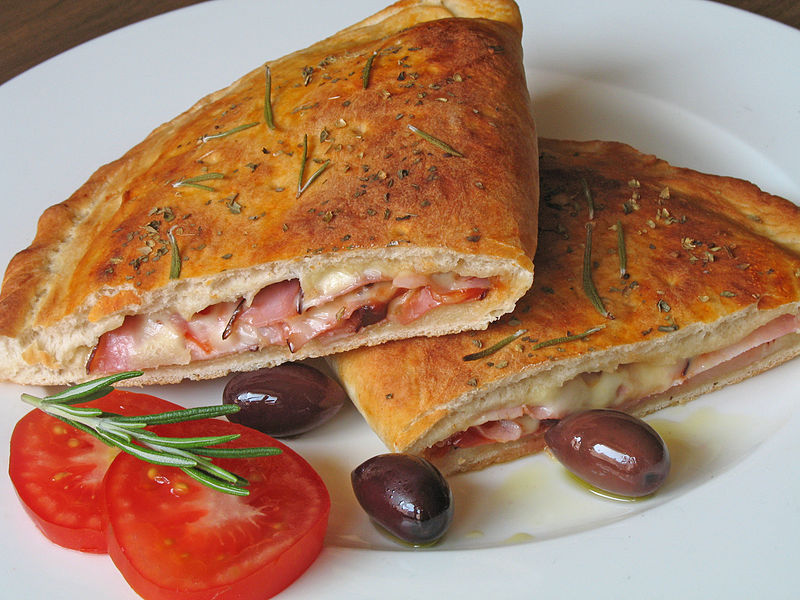 Strombolis are similar to calzones, but these two are considered to be two different types of food. It is said that this Italian-inspired turnover originated in the United States. Nazzareno Romano of Romano’s Italian Restaurant & Pizzeria, Tinicum Township, close to Philadelphia is said to have invented the Stromboli in 1950. It is named after the movie Stromboli.

Stromboli is a type of turnover that is filled with various ingredients. The traditional fillings of Stromboli include different cheeses, typically mozzarella, Italian meats such as salami and capriole and vegetables.

They are more like sandwiches than pizza, and they are rolled in a loaf, not folded before baking. They are made with square-shaped pizza dough that can be filled with any pizza toppings. But the dough traditionally used is the Italian bread dough. After filling, it is rolled into a log and baked. 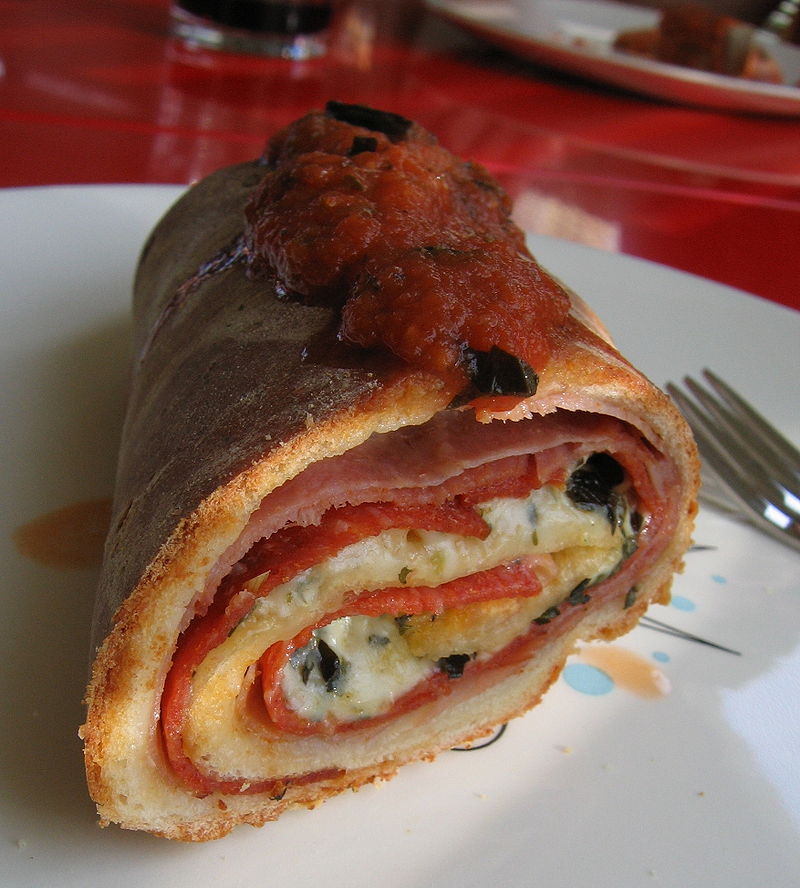 It is important to notice that the fillings, sauce and shape of both these food can depend on chef’s preference.  Therefore, we are only talking about the general difference between calzone and stromboli in this article.

Difference Between Calzone and Stromboli

Calzone originated in Naples, Italy in the 18th Century.

Stromboli originated in the United States in the 1950s.

Strombolis are cylindrical in shape.

Calzones can be fried or baked. 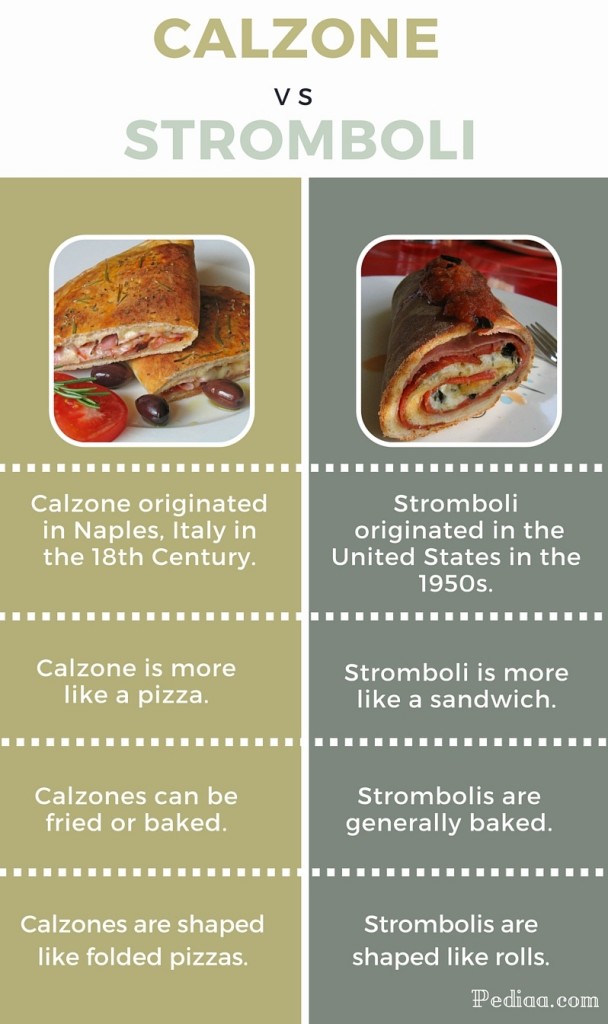 “HomemadeStromboliAug05” by Jeremy Noble – .(CC BY 2.0) via Wikimedia Commons