The main difference between camouflage and mimicry is that the camouflage is an adaptation that allows animals to blend with their surroundings, using a type of coloration or pattern. Mimicry is the ability of an organism to imitate morphological as well the physiological characteristics and behavior of unrelated organisms.

Both camouflage and mimicry are two types of mechanisms used by animals either for protection or predation. 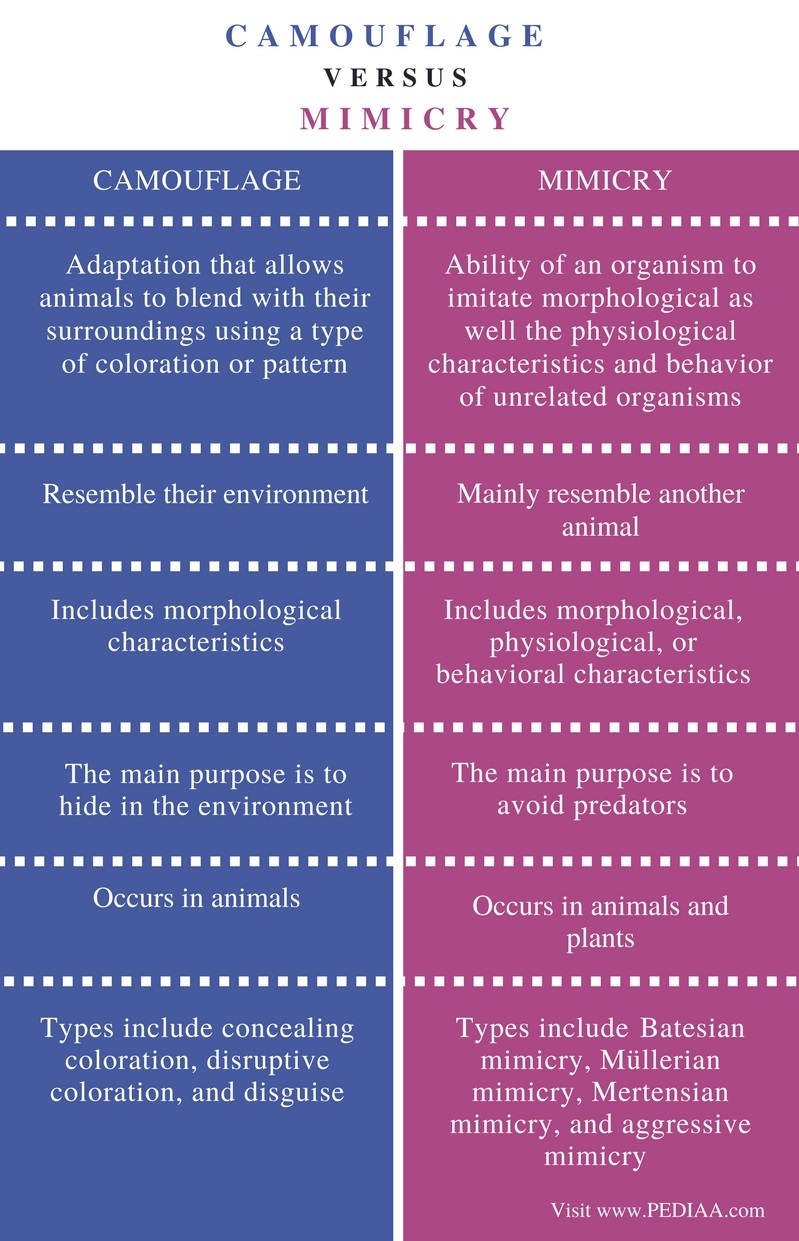 Camouflage is an adaptation that allows animals to blend with their surroundings, using a type of coloration or pattern. It is also known as crypsis. By camouflaging, either the preys hide themselves from the predator or predators conceal themselves as they stalk the prey. There are several types of camouflage such as concealing coloration, disruptive coloration and disguise.

Some animals have fixed patterns of colors, which blend with the environment. As an example, marine flatfish and stonefish have coloration that resembles the seabed. Also, snowy owls and polar bears have white coloration. 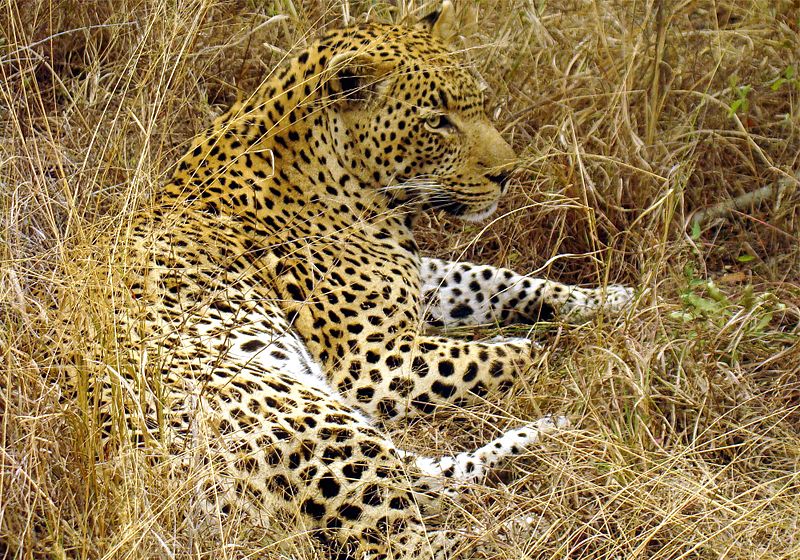 In disguise, animals appear as something else in the environment. For example, some insects disguise themselves as leaves. Figure  2 shows a bright green katydid in a basil plant. 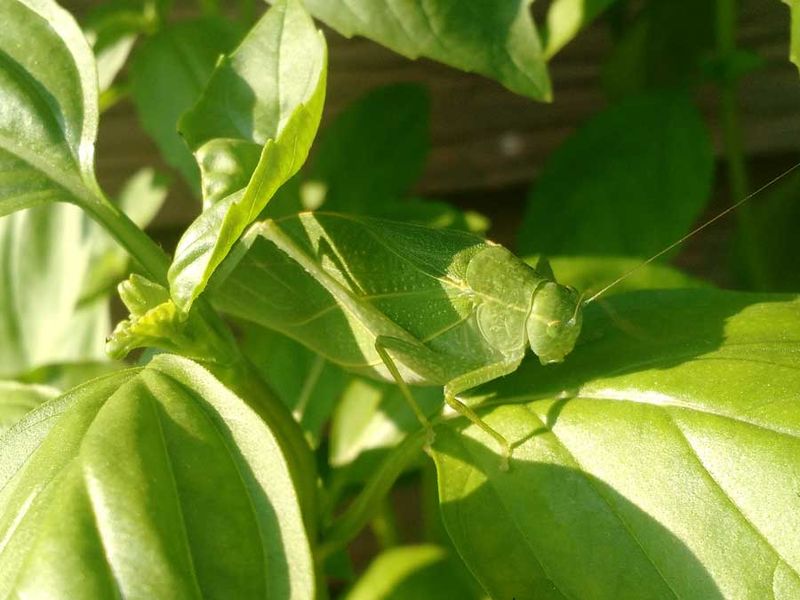 Mimicry is the resemblance of an organism to other organisms in appearance or behavior to protect itself from predation. In this, the mimic resembles the model organism. The two main types of mimicry are defensive mimicry and non-defensive mimicry.

This helps organisms to protect them from predators. The three types of defensive mimicry are Batesian mimicry, Müllarian mimicry, and Mertensian mimicry.

This is the exhibition of unpalatable and harmful characteristics by a palatable and harmless animal. It saves the mimic from the predator. Non-poisonous scarlet kingsnake using the coloration of the poisonous coral snake is an example of this mimicry.

Müllarian mimicry is the exhibition of similar characteristics by two unpalatable and harmful animals to get the advantage of shared protection. The red postman butterfly and the common postman butterfly exhibiting the almost similar placement of dots on their wings are an example of Müllerian mimicry. 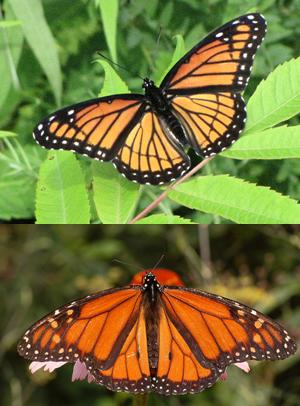 Mertensian mimicry is the exhibition of less harmful characteristics by a deadly species.

Predators use non-defensive mimicry for being unnoticed by their prey. Aggressive mimicry is a type of non-defensive mimicry. Here, predators share similar signals with the use of a harmless model. For example, figure 4 shows the bright leaves of the venus flytrap that serve as the petals of a flower, and thus, attracting insects . 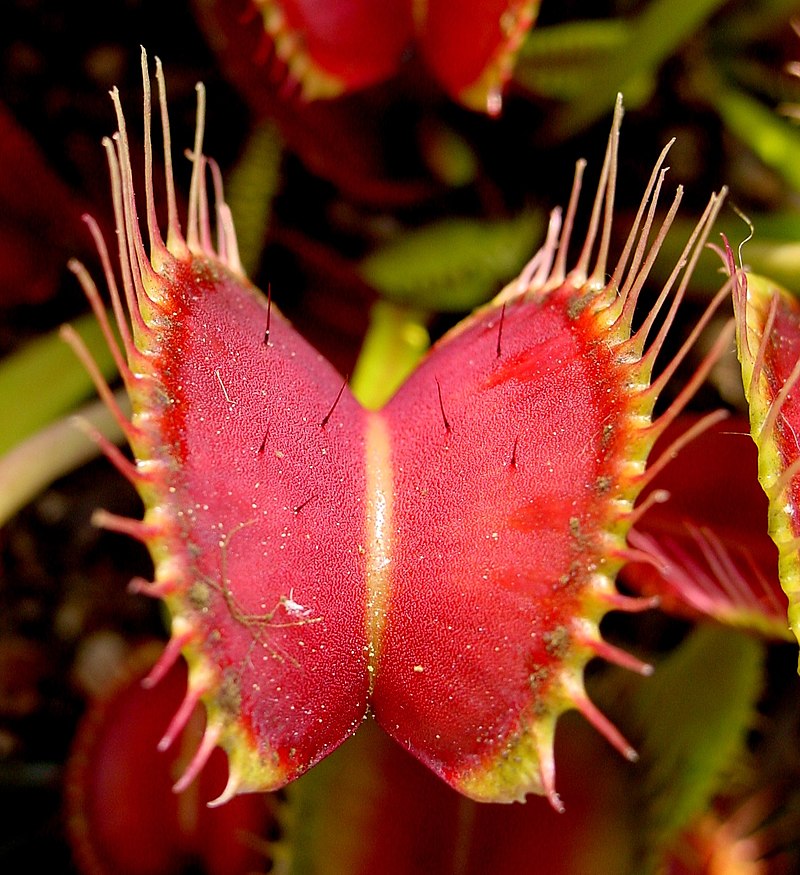 Similarities Between Camouflage and Mimicry

Difference Between Camouflage and Mimicry

Camouflage: Adaptation that allows animals to blend with their surroundings using a type of coloration or pattern

Mimicry: Ability of an organism to imitate morphological as well the physiological characteristics and behavior of unrelated organisms

Camouflage: The main purpose is to hide in the environment

Mimicry: The main purpose is to avoid predators

Mimicry: Occurs in both animals and plants