Certification is a qualification attained in secondary or higher education. The qualification denoted by this name differs in different countries. But basically, certificate is typically shorter than diploma.

A certificate, in the United States, is generally offered by higher education institutes. This kind of certificate typically indicates that a student has achieved a standard of knowledge about a certain specialized subject.

In the United Kingdom, Certificate of Higher Education is an independent tertiary qualification. It can be completed in a years’ time if the student is engaged in full-time studies. It is equal to one year at the university, at the first-year level. Having this certificate can exempt the student from fulfilling some requirements of a Bachelor’s degree.

In Australia, there are four levels of certificates. They are offered by universities or institutes of higher education. The fourth rank of a certificate may be directly followed by a diploma. 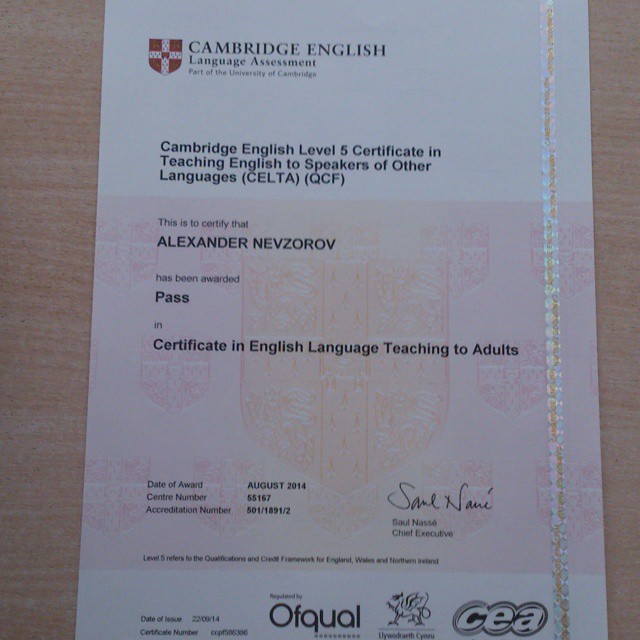 Diploma is a credential conferred by an institution of education certifying that a student has successfully completed a particular course. But diploma can mean different qualifications in different countries.

A postgraduate diploma, as its name suggests, is a postgraduate qualification which is obtained after completing the Bachelors degree. But there are also diplomas which are completed before applying for a Bachelors degree. Diplomas are usually offered by community colleges, technical schools as well as universities. They usually focus more on professional and vocational skills although some of them are considered to have a lower rank than degrees.

In the United States, the term diploma also refers to the certification received at the end of high school. 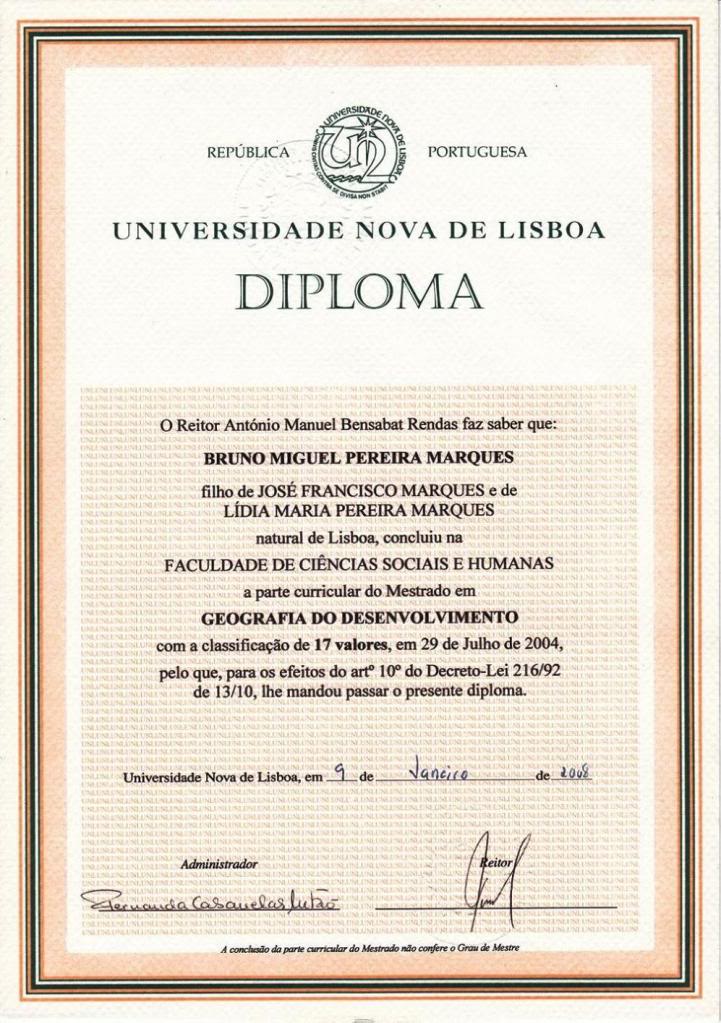 Difference Between Certificate and Diploma

Certificate is of lower rank than a diploma.

Diploma is considered to be better than a certificate.

Certificate holder may not have good career prospects as a diploma holder.

Certificate can be followed by a diploma.

Diploma can be followed by a degree. 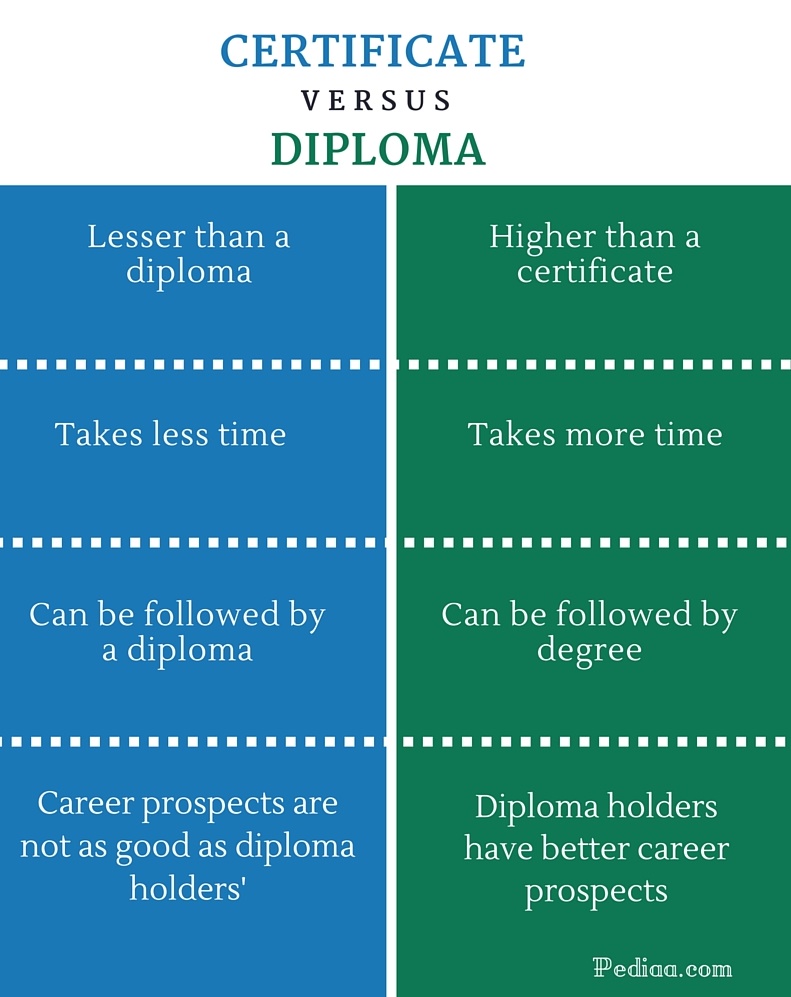 “Diploma” by Bmpm – Own work,(Public Domain) via Wikimedia Commons