What is a Compound Sentence

I took the bus – Independent Clause 2

We waited for 2 hours, but he didn’t come.

My mother prepared lunch, and I helped her.

What is a Complex Sentence

while he waited for the drink

whenever he talks about that experience

Independent clause: He realized that the bus was late

Dependent Clause: While he was waiting at the bus station

Complex sentence: He realized that the bus was late while he was waiting at the bus station.

When I told him that I was resigning from the job, he was shocked.

He was shocked when I told him that I was resigning from the job.

I realized that there were many mistakes in the accounts after he resigned from the job.

When I gave my mother her present, she hugged me tight.

I didn’t visit her as she doesn’t like visitors. 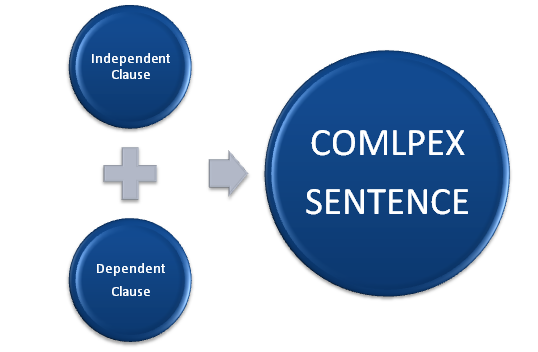 What is the Difference between Compound and Complex Sentences

Definition of Compound and Complex Sentences

Characteristics of Compound and Complex Sentences

Complex Sentence: A complex sentence contains only one independent clause.

Compound Sentence: Compound sentences do not have any dependent clauses.

Complex Sentence: Complex sentences have one or more independent clauses.

Compound Sentence: The two clauses are combined by a coordinating conjunction.

Complex Sentence: The two clauses are combined by a subordinating conjunction.

Beginning of the sentence

Compound Sentence: A coordinating conjunction cannot be used at the beginning of the sentence

Complex Sentence: A subordinating conjunction can be used at the beginning of the sentence.