Condescending usually refers to the attitude of a person. Condescending is characterized by a superior attitude towards others. When you think that others are inferior to you, and treat them as inferiors, you are being condescending.

His attitude was very condescending.

His condescending smile irritated us all.

The professor listened to our answer in a condescending manner. 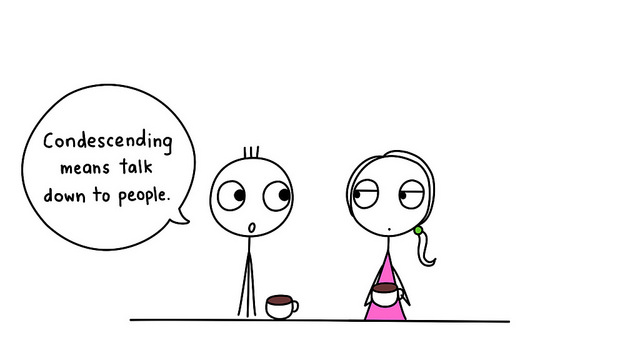 Patronizing is also an attitude similar to condescending. Talking to someone in a way that shows that you believe you are more intelligent or better than other people is an example of condescending attitude. According to Oxford Dictionary, patronizing someone is equal to treating someone with an apparent kindness which betrays a feeling of superiority. Since patronizing is done in the guise of helping, or being kind, it can be termed as an indirect condescension.

The following sentences show how this adjective is used in a sentence.

‘Of course, she has a good voice,’ he said in a patronizing voice.

Despite the patronizing tone of this voice, he showed great concern.

His patronizing attitude made him very unpopular among the others.

Her patronizing smile made us angry. 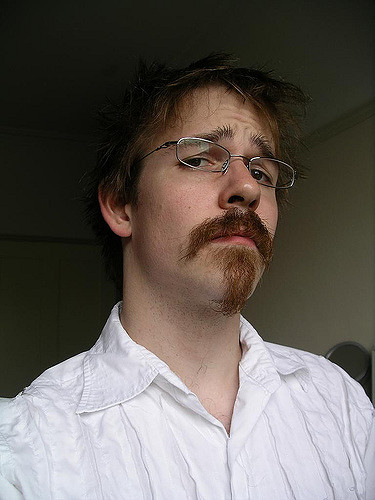 Difference Between Condescending and Patronizing

Condescending implies that others are inferior.

Patronizing implies that one is superior to others.

Patronizing can take the guise of helping or being kind.

Condescending is derived from the verb condescend.

Patronizing is derived from the verb patronize. 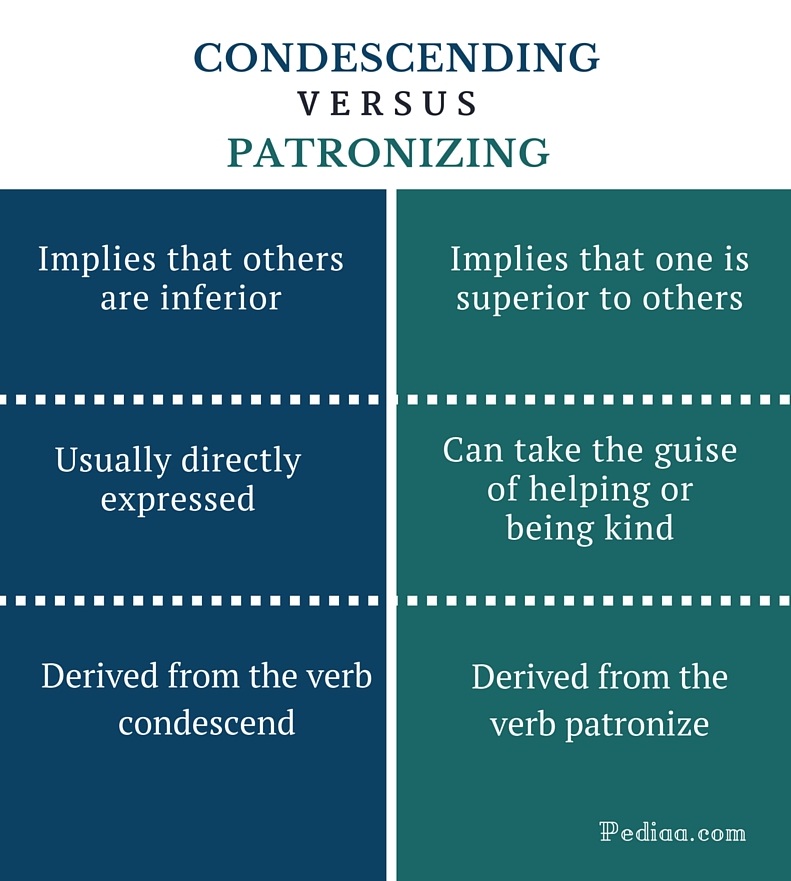