Crawfish and shrimp are two types of crustaceans that are famous as seafood. 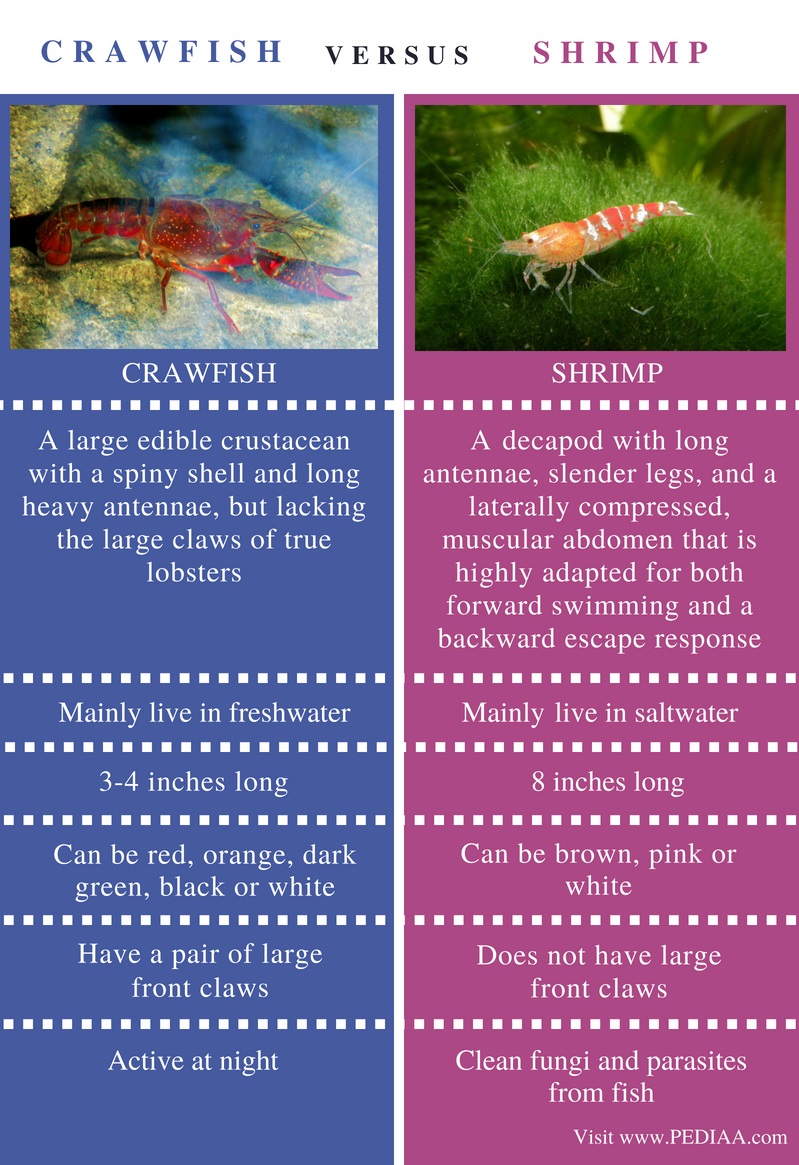 Crawfish is a type of small decapod also known as crayfish, crawdad, red swamp crayfish, mudbug, or spiny lobster. Since crawfish have a pair of large front claws, they are always confused with lobsters, which are saltwater relatives of the crawfish. Over 250 species of crawfish are native to North American rivers, lakes, canals, swamps, wetlands, and irrigation ditches. However, around 400 crawfish species can be identified worldwide. Crawfish are a type of nocturnal creatures that hide underneath rocks. 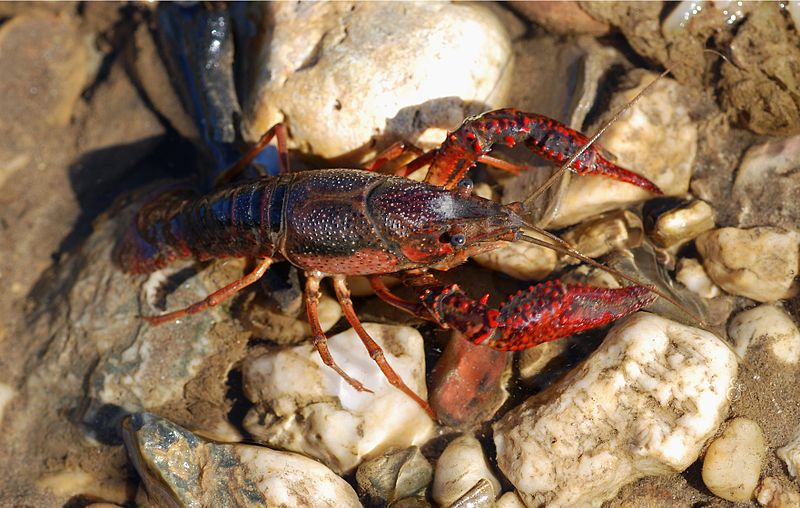 Since crawfish are most active during the night, they can be grown in combination with rice paddies and swampy waters.

Shrimp is mainly a saltwater crustacean with a fish-like, long double tail. One of their two pairs of antennae are long and the remaining is short. Further, their long abdomen is made up of several stacks. Around 2000 species of shrimps live worldwide and are more common in the US.

Shrimps are generally known as cleaner shrimps since they clear off parasites and fungi from fish. Also, shrimps live as commensals with sea urchins and starfish.

Similarities Between Crawfish and Shrimp

Difference Between Crawfish and Shrimp

Crawfish refers to a large edible crustacean with a spiny shell and long heavy antennae, but lacking the large claws of true lobsters while shrimp refers to a decapod with long antennae, slender legs, and a laterally compressed, muscular abdomen that is highly adapted for both forward swimming and a backward (retrograde) escape response.

When comparing their habitats, crawfish chiefly live in freshwater while shrimp mainly live in saltwater.

Shrimps are bigger than crawfish as crawfish is 3-4 inches long while shrimp is 8 inches long.

While crawfish have a pair of large, front claws, shrimp does not have large front claws.

These two crustaceans also have different feeding habitats. Crawfish are active at night while shrimp clean fungi and parasites from fish.

Crawfish, crayfish, or spiny lobster is a small, freshwater decapod with large, front claws while shrimps are comparatively large, saltwater decapod with a long abdomen. Both of them are tasty as seafood. The main difference between crawfish and shrimp is the anatomical features and the habitat.