Fossil fuels are non-renewable energy sources which are formed by sedimentation of plant and animals that died hundreds of millions of years ago. These fuels can be subdivided into two categories as petroleum and non-petroleum energy sources. Petroleum is the most abundantly used source of energy, and it generally exists in the liquid state.  Crude oil is an example of petroleum, which consists of mixtures of hydrocarbons and variable amounts of sulfur, nitrogen, and oxygen containing compounds. In contrast to crude oil, Shale oil is a non-petroleum fuel, which naturally exist in a solid state as an oil shale rock or kerogen. This organic sediment should be thermally decomposed to obtain liquid shale oil. Therefore, shale oil is also called as a synthetic crude oil. The main difference between crude oil and shale oil is that crude oil naturally exists in a liquid state whereas shale oil naturally exists in a solid state.The Figure 1. illustrates the classification of the earth’s organic sediments according to its physical state, hydrocarbon occurrence, and production.

What is Crude Oil

Crude oil is a dark colored, highly viscous, complex mixture of hydrocarbons and heteroatomic compounds that can be separated into fractions by distillation. Crude oil indicates the natural state of fuel as it is found in reservoirs. So it should be refined to meet the required specifications of its end use applications. Most of the transportation fuels such as gasoline, diesel, and aviation fuels are fractional distillates of crude oil. This has a low economic value compared to refined oil. The chemical composition and physical properties of crude oil such as color, odor, volatility, specific gravity, viscosity, etc. vary with pressure, volume and temperature of the origin of the crude petroleum. The following Table shows the fraction of typical distillation of crude oil. 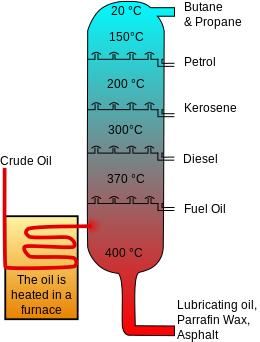 Furthermore, crude oil is divided into two types based on their sulfur content. If sulfur content is higher than 0.5% (w/w), they are called sour crude, and if it’s less than 0.5% (w/w), they are called sweet crude. This low-sulfur crude oil is more environment-friendly because it reduces engine corrosion and produces low amounts of SOx during fuel combustion.

What is Shale Oil

Shale oil is an unconventional fuel that naturally occurs as a solid in a special class of bituminous rocks called oil shale. These oil shales are argillaceous, laminated sediments, generally with high organic content that can be thermally decomposed to produce oil which is known as shale oil. The organic materials (kerogen) in sediments cannot be converted to shale oil without supplying high-temperature treatments such as pyrolysis, hydrogenation or thermal dissolution. Therefore, it is called Synthetic crude oil. Their mineral composition varies with its origin, and generally, it contains clay minerals, dolomite, calcite, and carbonates, etc. The commercially important oil shale reservoirs are located in Wyoming, Utah and Colorado states of northwestern United States. This Shale oil, also called as “tight oil,” can be used directly or after refining just like petroleum crude oil. However, the typical oil has a high proportion of volatile compounds and low sulfur content. The production of oil by heat treatments yield a significant amount of volatile gasses such as propane, butane and low boiling point liquids such as pentane, natural gasoline, naphtha, etc. The presence of low boiling point constituents makes the shale oil extremely explosive and highly flammable. 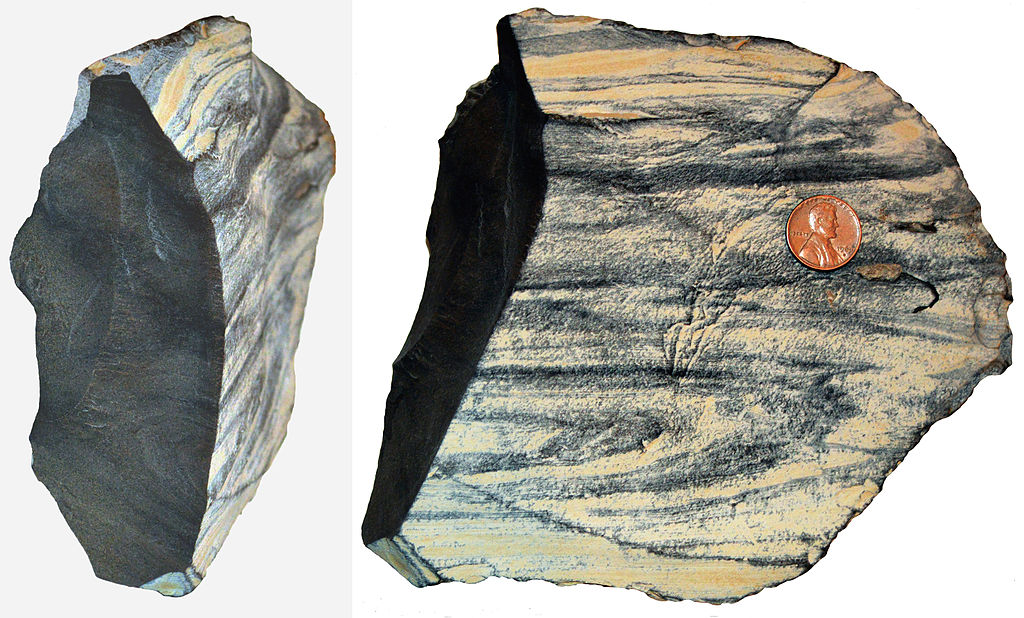 Crude oil occurs in underground at elevated pressure and temperature. This temperature and pressure vary with the depth of the reservoir.

Shale oil has not to exposed to sufficient pressure and temperature to convert trapped hydrocarbons into crude oil. The kerogen deposits on shale oil rocks gently convert into crude oil by natural processes.

Conventional Crude oil naturally occurs in reservoirs in the liquid state. It has high fluidity, and it’s pourable at a high-temperature range. i.e. -60 to 30 oC.

Shale oil  is a synthetic crude oil, which forms by thermal decomposition of solid kerogen in oil shale rocks. This is less fluid than crude oil, and it’s pourable at temperatures between 24 to 27 oC.

Fractional distillation of crude oil produces many transportation fuels such as gasoline, jet fuel, diesel, kerosene, etc. Moreover, it can be used as raw material for many chemical products such as plastics, pharmaceuticals, fertilizers, pesticides, solvents, etc. 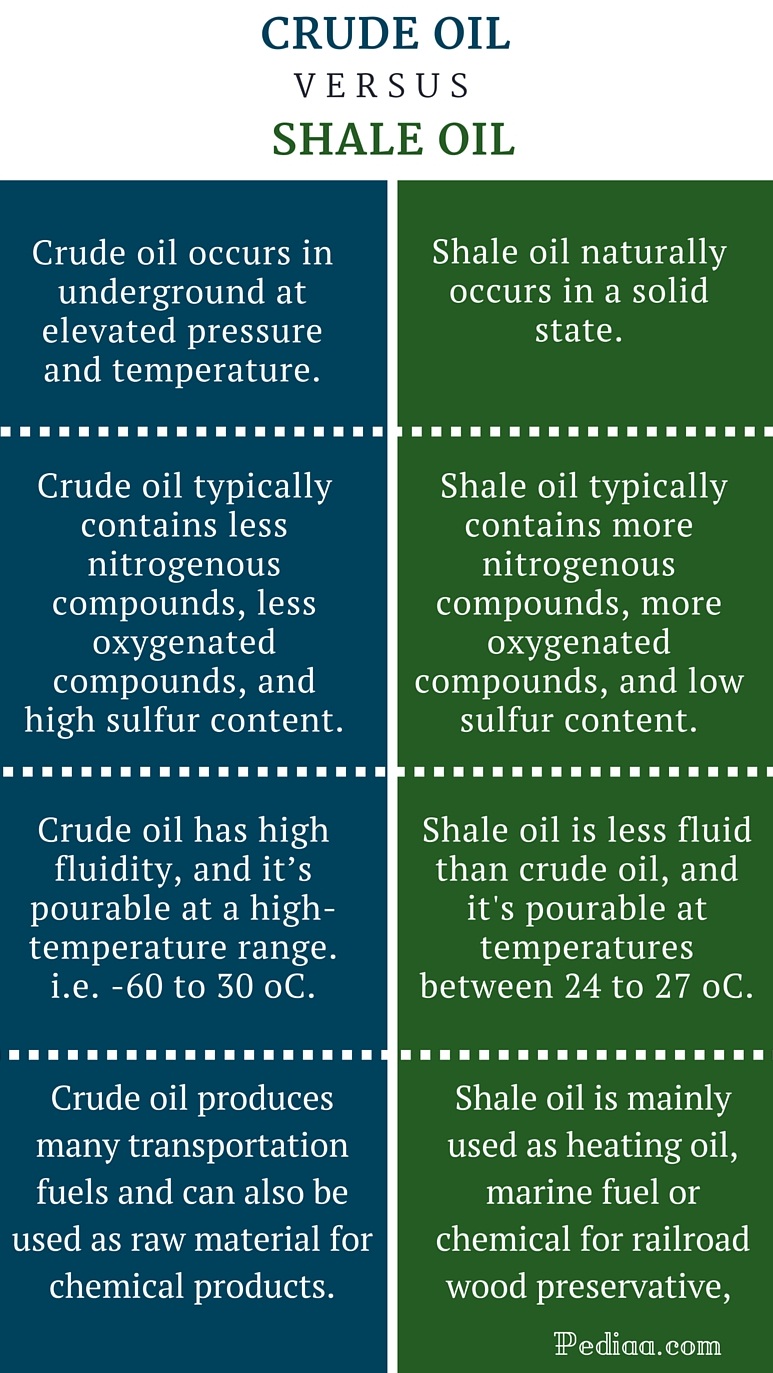