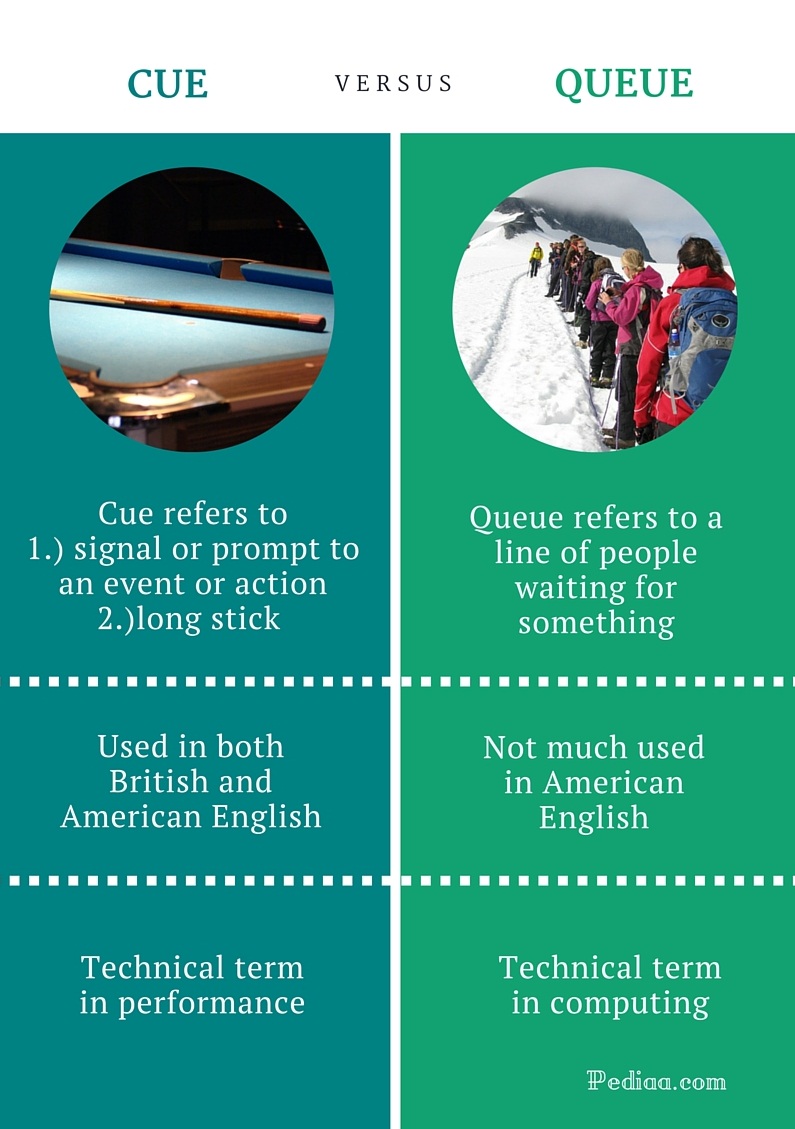 Cue refers to a signal prompting an action or event. This word is mainly used in theater performance. In theater, cue is a signal to an actor or another performer to enter or to begin their speech or performance. Cue can also refer to a hint or indication on how to do something or how to behave.

Cue can be used as a noun as well as a verb. As a verb cue refers to give a hint or indication or act as a prompt. Cue also refers to the long straight tapering wooden rod used in games like billiard. Now that you know the meaning of cue, let’s look at its usage:

We took our cue from Jillian and stood very still.

He started his speech, not heeding the organizer’s cue.

The students were allowed to use cue cards during the presentation.

The poster acted as a visual cue for the speaker.

Eerie music is used to cue the arrival of the villain.

Cued by the lead actor, the supporting cast bowed deeply. 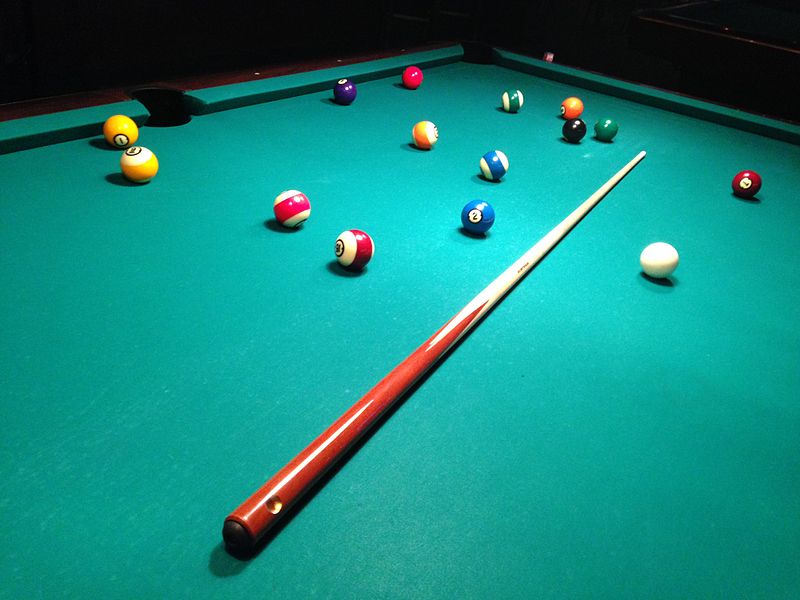 Queue basically refers to a line of people awaiting something. Queue can be also used to indicate a line of vehicles. However, this word is mainly used in British English. It is not very much used in American English.

The people had queued up for food.

We stood in the queue for half an hour.

A long queue of vehicles had lined up.

Queue has another meaning in computing. It refers to a list of data items, commands, etc., stored so as to be retrievable in a definite order. Queue can also refer to a plait of hair worn at the back. 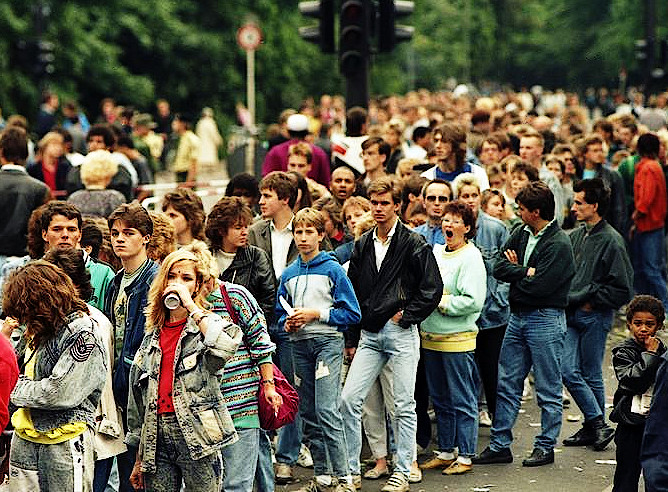 Difference Between Cue and Queue

Cue refers to a signal or prompt to an event or action or a long stick used in billards.

Queue refers to a line of people waiting for something.

Cue is used in both British and American English.

Queue is not much used in American English.

Cue is used as a technical term in performance.

Queue is used as a technical term in computing.

“Cue” by MarkBuckawicki – Own work (CC0) via Common Wikimedia