1. What is Culture? – Definition, Meaning and Characteristics

2. What is a Civilization? – Definition, Meaning and Characteristics

3. What is the difference between Culture and Civilization? 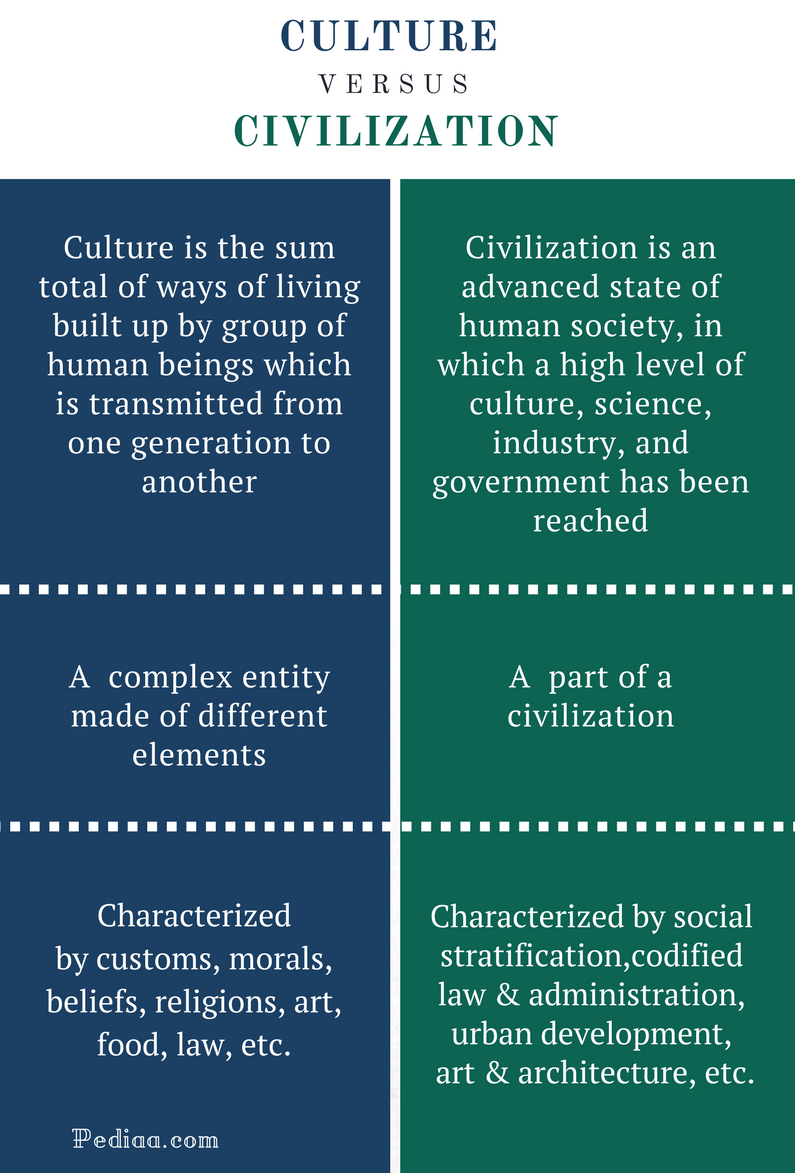 Culture can be defined simply as the sum total of ways of living built up by a group of human beings which is transmitted from one generation to another. The cultural anthropologist E.B. Taylor defines culture as a  “complex whole which includes knowledge, belief, art, morals, law, custom and any other capabilities and habits acquired by man as a member of society.” As this definition implies,  many factors such as knowledge, language, religion, social habits, beliefs, cuisine, music and arts, etc. are embedded in the concept of culture. Almost all the members of a specific culture share these cultural traits. It is also important to notice that culture is acquired, not inherited.  Thus, the behavior of an individual is shaped by the culture.

Culture changes over time; it does not remain static. Different features and practices of a culture may differ according to different nationalities, ethnicities, and even different age groups. Although culture is an abstract concept, food, clothes, rituals, art, etc. can be considered as material representations of a culture. 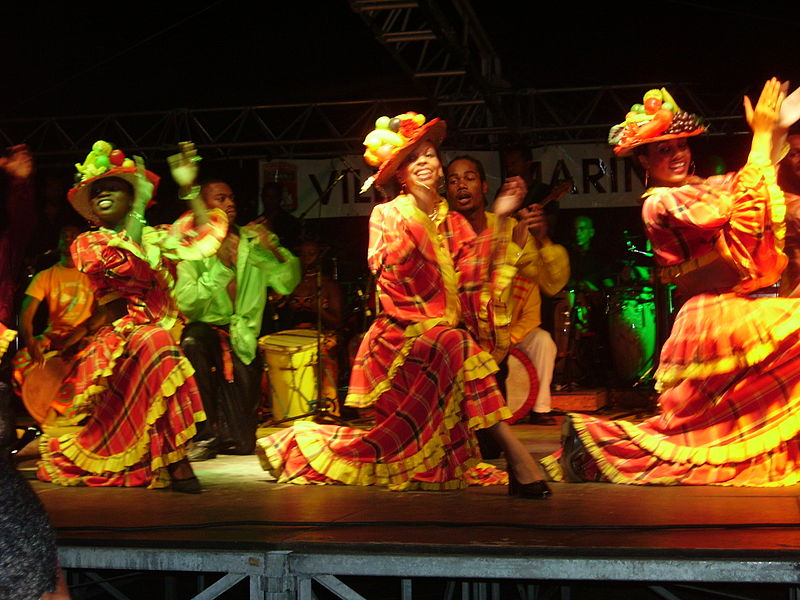 What is a Civilization

The term civilization has different definitions and interpretations. It can be described generally as an advanced state of human society, in which a high level of culture, science, industry, and government has been reached. In other words, it is a complex way of life that came about as people began to develop urban settlements. A civilization is often associated with a number of socio-politico-economic characteristics such as urban development, social stratification, unique art and architecture, a form of detailed writing, complex division of labor,  codified laws and administration, etc.

In a historical sense, the term civilization also  used to refer to an advanced culture in comparison to primitive or savage. In this sense, civilized and civilization was an antonym for savages or uncivilized groups of people. However, many anthropological studies have shown that the so-called primitives have their own culture and way of life. Thus, this usage of the word is very subjective.

Difference Between Culture and Civilization

Culture is the sum total of ways of living built up by group of human beings which is transmitted from one generation to another.

Civilization is an advanced state of human society, in which a high level of culture, science, industry, and government has been reached.

Culture is a part of a civilization.

Civilization is a complex entity made of different elements.

Culture is made up of customs, beliefs, religions, art, food, law, etc.