Cyclones and tornados are meteoric phenomena that cause extensive damage to lives and property. It is important to know the difference between cyclone and tornado in order to learn how to be safe from them. Cyclone is a large-scale air mass that circulates around a center of low atmospheric pressure. Tornado is a rotating column of air accompanied by a funnel-shaped cloud that progresses in a narrow path over the land. The main difference between cyclone and tornado is their location; tornados are primarily an over-land phenomenon whereas cyclones are an oceanic phenomenon.

1. What is a Tornado?
– Definition, Features, Regions, Scales

2. What is a Cyclone?
– Definition, Features, Parts, Types

3. What is the difference between Cyclone and Tornado? 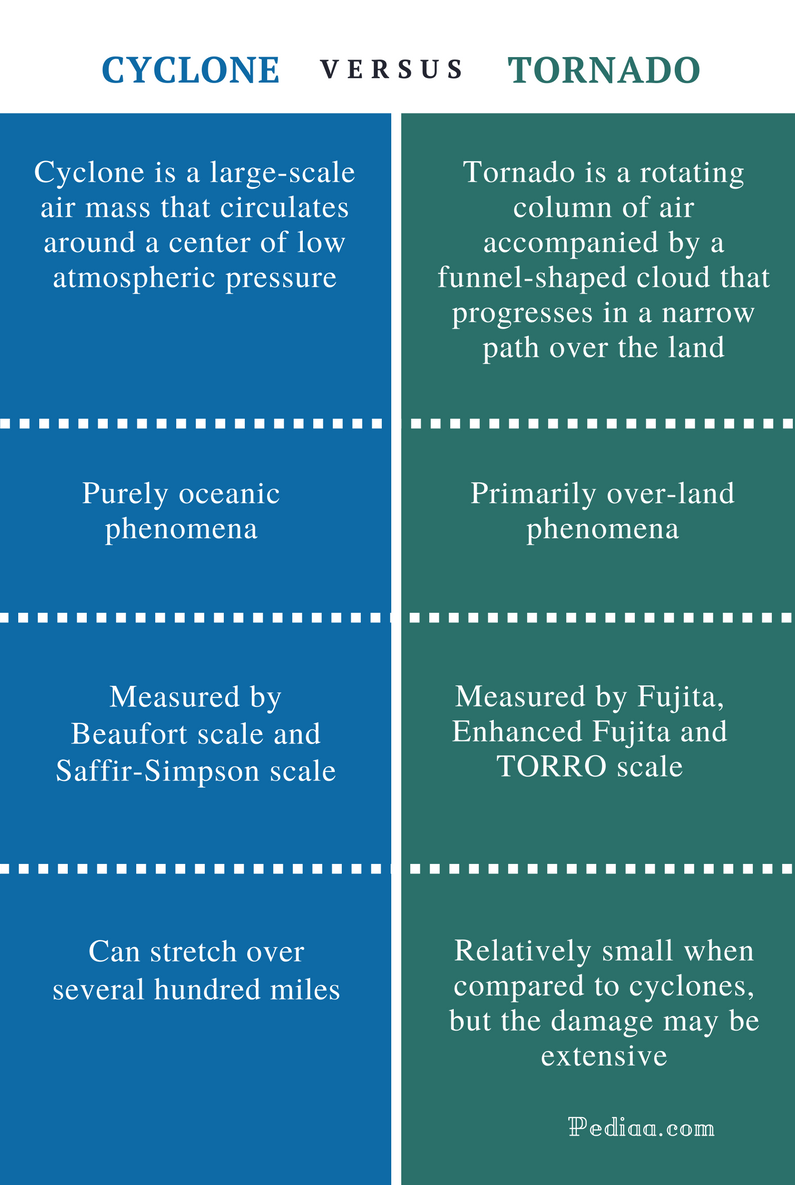 What is a Tornado

Tornado is a violent destructive whirling wind accompanied by a funnel-shaped cloud that progresses in a narrow path over the land. It is defined in the Glossary of Meteorology as “A rotating column of air, in contact with the surface, pendant from a cumuliform cloud, and often visible as a funnel cloud and/or circulating debris/dust at the ground”. A vortex must be in touch with both the ground and the cloud base in order to be named as a tornado. Tornados range in width from a few meters to more than a kilometer and have with destructive winds up to 510 kilometers per hour or higher.

The strength of a tornado is measured by different scales such as Fujita Scale, Enhanced Fujita scale, and TORRO scale. Tornados can be detected through the use of Pulse-Doppler radar as well as through the efforts of storm spotters. 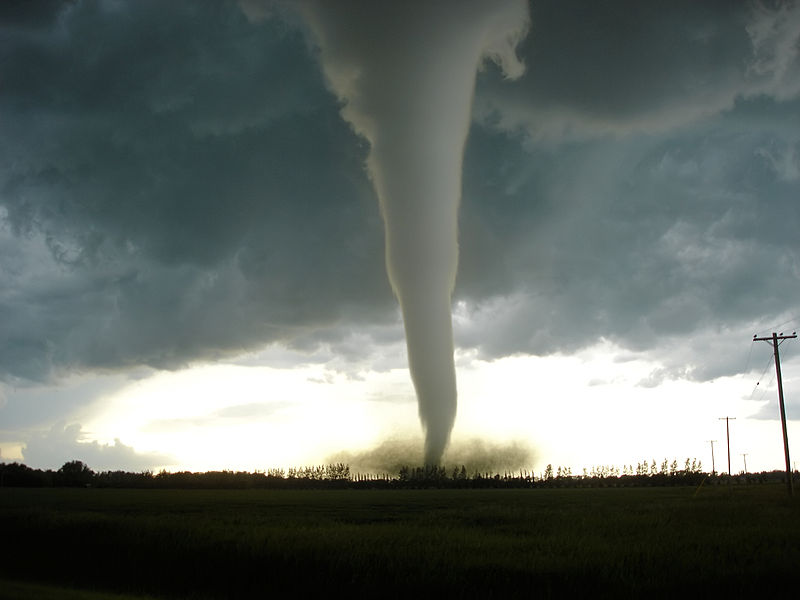 What is a Cyclone

A cyclone is a large-scale air mass that circulates around a center of low atmospheric pressure. It can be defined as “an atmospheric system characterized by the rapid inward circulation of air masses about a low-pressure center, usually accompanied by stormy, often destructive weather”. In the Northern Hemisphere, cyclones circulate anticlockwise and in the Southern Hemisphere, they rotate clockwise.

The eye is the center of the storm and the area with the lowest atmospheric pressure.  The area around the eye where winds rotate at a fast rate is the eye wall. The clouds that form outside the storm are called cloud chains.

Cyclones can be categorized into different types. A tropical cyclone is a warm-core system that has a warm, humid, tropical air mass throughout the entire storm.  It has numerous thunderstorms that produce flooding rain and strong winds. Hurricane and typhoons are other names for tropical cyclones. 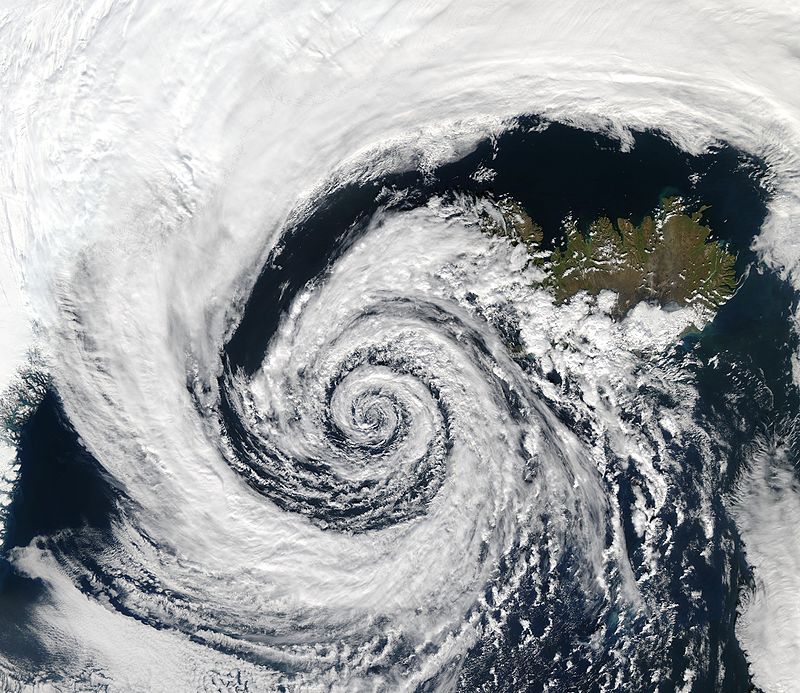 Difference Between Cyclone and Tornado

Cyclone is a large-scale air mass that circulates around a center of low atmospheric pressure.

Tornado is a rotating column of air accompanied by a funnel-shaped cloud that progresses in a narrow path over the land.

Cyclones are measured by Beaufort scale and Saffir-Simpson scale.

Tornados are relatively small when compared to cyclones, but the damage is extensive.