Dork and nerd are two stereotypes which were introduced to the English language in the mid-twentieth century. Both dork and nerd refer to socially inept or awkward and unstylish people;  however, the word nerd also refers to an overly intellectual and intelligent person. This is the main difference between dork and nerd. Although both these terms were originally considered to be derogatory, they can sometimes be used complimentary.

1. Who is a Dork? – Definition, Meaning, Features and Characteristics

2. Who is a Nerd? – Definition, Meaning, Features and Characteristics

3. What is the difference between Dork and Nerd? 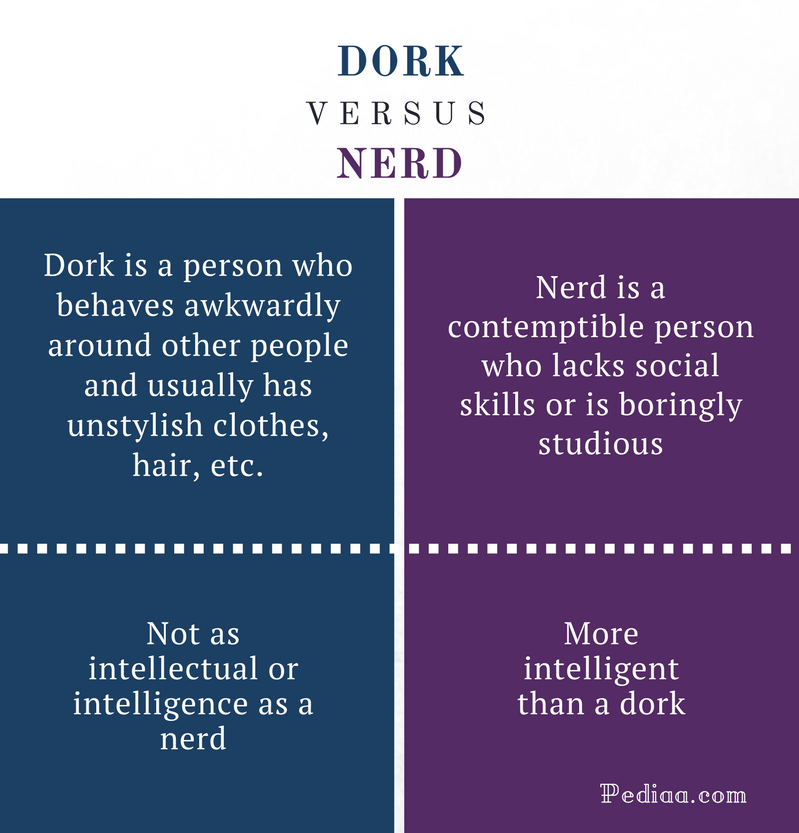 Who is a  Dork

Dork is an informal word to refer to contemptible, socially inept people. This is often used as a derogatory term. A dork usually behaves awkwardly around other people and has unstylish clothes, hair, etc. In short, the word dork refers to a social misfit.

This word is relatively new to English and first came into use in the 1960s. Although dork is often considered as a derogatory term, if a person uses the word dork to describe himself, he is usually considered to be amusing and self-depreciating. 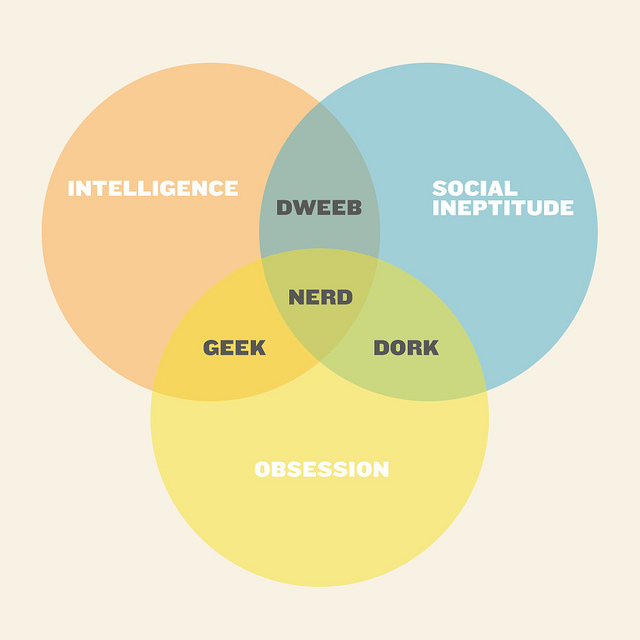 Who is a Nerd

Nerd is often a pejorative term which is used to refer to an unstylish, unattractive, or socially inept person who is extremely devoted to intellectual or academic pursuits. The extreme intelligence is one of the main characteristic features of nerds. Since many people do not show an interest in academics or scientific study, nerds tend to keep to themselves. Thus, they are commonly stereotyped into the ‘nerd category’ which includes very intelligent, yet socially inept or introvert people.

Nerds might not know how to respond properly in conversations and behave awkwardly around people. They might also be ideal and impractical in practical situations. They usually make friends with people who share their complex academic interests. These interests might include various fields such as chess, comic books, physics, calculations, computer programming, coding, etc. 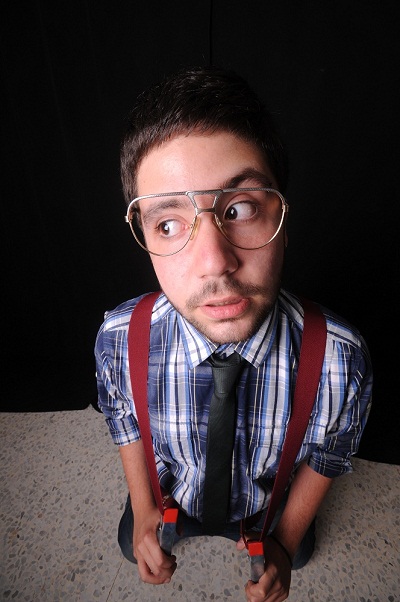 Difference Between Dork and Nerd

Dork is a person who behaves awkwardly around other people and usually has unstylish clothes, hair, etc.

Nerd is a contemptible person who lacks social skills or is boringly studious.

Dork is not as intellectual or intelligence as a nerd.

Nerd is more intelligent than a dork.

“Belime Nerd” By Churbi (talk) – I (Churbi (talk)) created this work entirely by myself. (CC BY-SA 3.0) via Commons Wikimedia

“Geek/Nerd/Dork/Dweeb Venn Diagram” by Yashodhan Talwar (CC BY 2.0) via Flickr