Elocution and speech are two words that are commonly used in public speaking. Speech is a formal address or a discourse delivered in front of an audience. Elocution refers to the manner of speaking, specifically the skill of clear and expressive speech. The main difference between elocution and speech is that speech is that speech is a spoken expression of ideas and opinions whereas elocution is the manner of delivering the speech.

1. What is Elocution? – Meaning and Characteristics

2. What is Speech? – Meaning and Characteristics

3. Difference Between Elocution and Speech 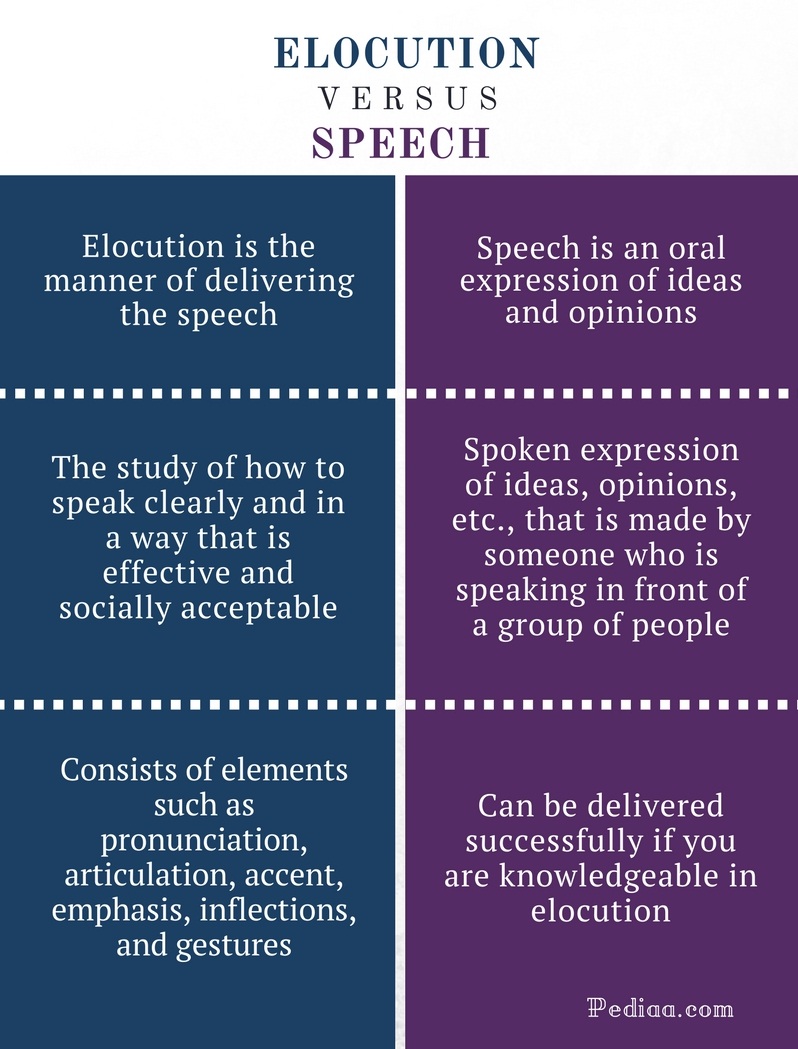 The word elocution refers to one’s manner of speaking. The term elocution is mainly used in reference to a speakers’ manner of speech when speaking or reading aloud in public. It is an effective and socially acceptable way of speaking. Elocution can also refer to the study of public speaking, with particular attention paid to pronunciation, grammar, and style. Clear and expressive speech, distinct pronunciation, articulation, accent, emphasis, inflections, and gestures are key elements in elocution.

Elocution was considered to be one of the five core disciplines of pronunciation in Western classical rhetoric. Elocution specifically referred to the art of delivering speeches. Classical orators were not only trained on proper diction and delivery, but also on stance, gestures, and dress. 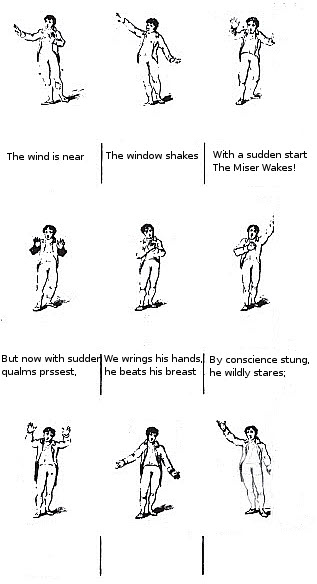 What is a Speech

Speech is a spoken expression of ideas, opinions, etc., that is made by someone who is speaking in front of a group of people. The act of performing a speech in front of an audience is known as public speaking. The purpose of a speech can range from simply transmitting a message, to persuading the listeners to agree, to motivate the listeners to act. The strength of a good speaker or an orator lies in his power to change the emotions of people.

A speech can be scripted or spontaneous. However, public speaking usually includes scripted speech. In order for the speech to be effective, the speech must have a logical and persuasive content. The orator’s manner of speaking also has a very important influence on its effects. Pronunciation, articulation, emphasis, gestures, etc. are very important factors in a speech. This is why elocution is learnt by people aspiring to become orators. 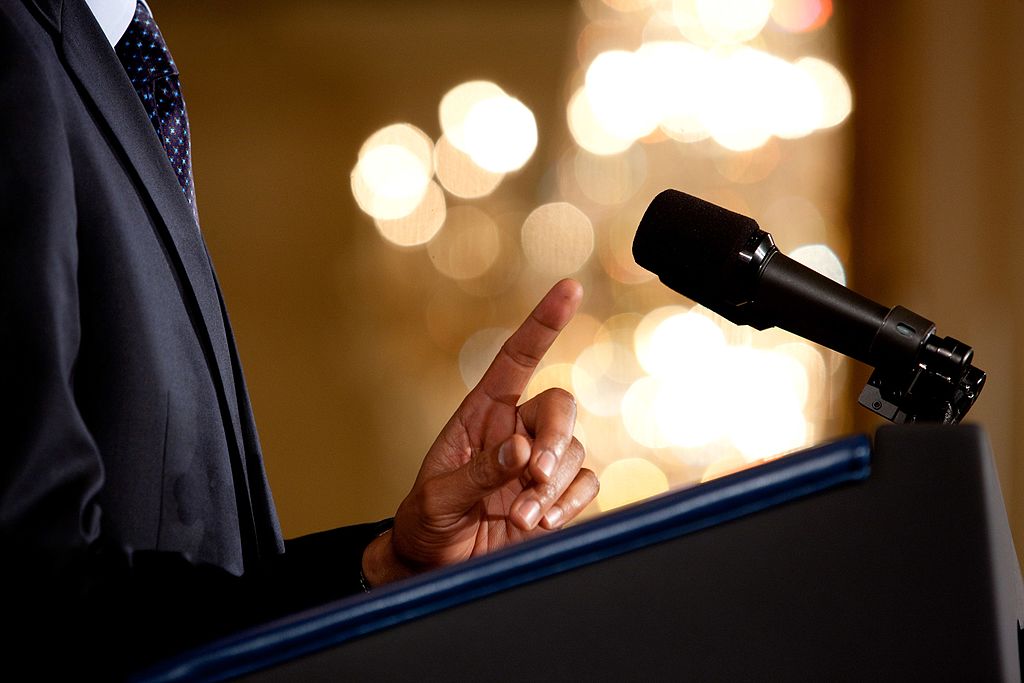 Difference Between Elocution and Speech

Elocution is the manner of delivering the speech.

Speech is an oral expression of ideas and opinions.

Elocution is the study of how to speak clearly and in a way that is effective and socially acceptable.

Speech is a spoken expression of ideas, opinions, etc., that is made by someone who is speaking in front of a group of people.

Elocution consists of elements such as pronunciation, articulation, accent, emphasis, inflections, and gestures.

Speech can be delivered successfully if you are knowledgeable in elocution.

“Elocution” By Gilbert Austin – Chironomia: Or a Treatise on Rhetorical Delivery (Public Domain) via Commons Wikimedia