Both ants and termites are social insects and live among colonies in almost all the terrestrial habitats of the world. These social insects share certain characteristics such as overlap generations in a single colony, cooperative brood care, and a reproductive caste system in which only some members of the colony can reproduce. Ants belong to order Hymenoptera, which contains about 15000-20000 species of social insects including bees and wasps other than ants. The order Isoptera, to which  termites belong, is the other largest insect order. A generalized ant colony consists of a single queen or several queens (polygenous) and a large number of worker ants (females) and few males. Normally the queen lays all the eggs in a colony, but there are exceptions in some advanced species. In ant colonies, males do not act as worker ants and have a very short lifespan. In contrast, termite colony is controlled by a primary queen and a primary king, who live in a royal cell. Both males and females engage in colony labour in termite colonies. In both groups, wings are only present in reproductive members and absent in workers and soldiers. Flying ants and termites are often confused due to their similar shape and size. However, if we look closer, we can differentiate them easily. The most distinguishable feature is the shape. Flying ants have a narrow waist with an easily recognizable abdomen, whereas termites have uniformly broad body without a narrow waist. This is the main difference between flying ants and termites. More details about the difference between flying ants and termites will be covered in this article.

What are Flying Ants

Ants belong to order Hymenoptera, which consists of 12000 species worldwide. They are small insects with brown or black bodies. They have very a narrow waist between the thorax and abdomen. The colony consists of workers, soldiers, queens, and winged males. Winged females are called queens. Queens are responsible for establishing new colonies, mating and producing eggs. They are larger than other casts. They have two pairs of wings attached to strong flight muscles and larger abdomen filled with a well-developed set of ovaries and a larger reserve of fat. Even though males possess wings, they are not called kings because they are short-lived and die soon after mating. Soldiers are infertile females and responsible for guarding the colony. Workers are infertile wingless females that do all the labour work within the colony. Ants are omnivores. Flying ants include the queen and winged males. They have two pairs of wings; one short pair and one long pair. 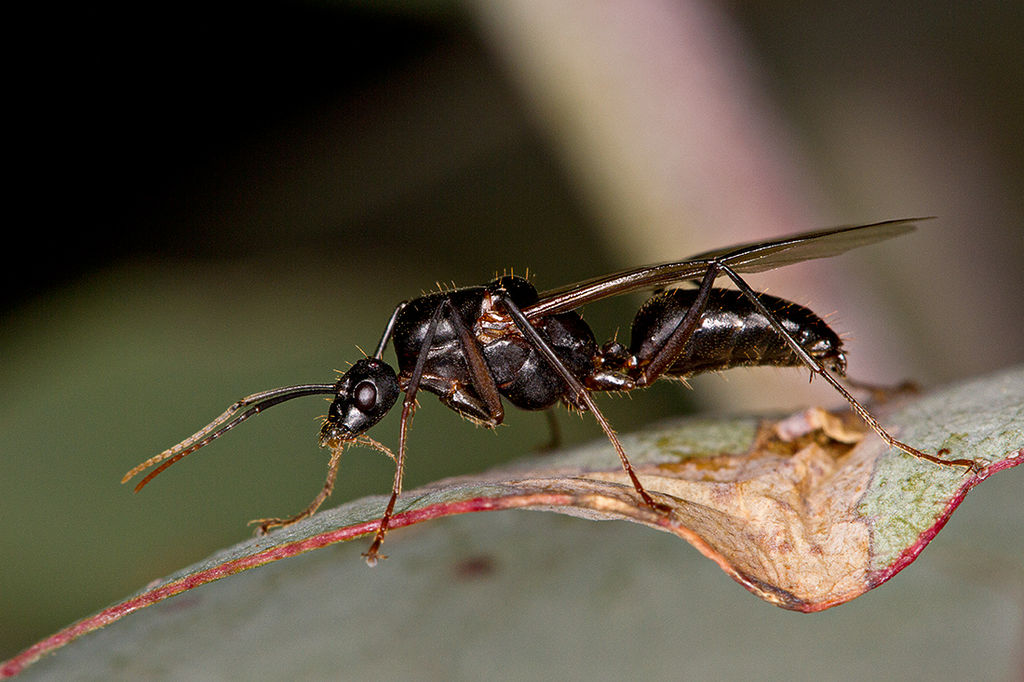 What are Flying Termites

Termites are categorized under Order Isoptera, which includes about 3000 identified species worldwide. These small insects have soft and delicate bodies that can be pale brown, cream or yellow. The colonies consist of reproductives, workers and soldiers. Reproductives are the only fertile males and females in the colony. These members are usually larger than other casts and equipped with two pairs of long wings. They are responsible for locating new nesting sites, mating and producing a large number of eggs to establish a new colony. Queen and king termites come under this category. Workers are sterile males and females with smallest body size. They are usually blind and have no wings. Workers are responsible for almost all the work in a colony except reproduction and protection. Soldier termites are larger than worker termites. Soldiers possess a heavy body armor and only responsible for defending the colony from predators. Termites are vegetarians and feed on dead wood, leaves, grass, leaf litter, etc. To break down cellulose in their diet, termites have symbiotic protozoa in their gut that secrete enzymes, which help the digestion of cellulose. 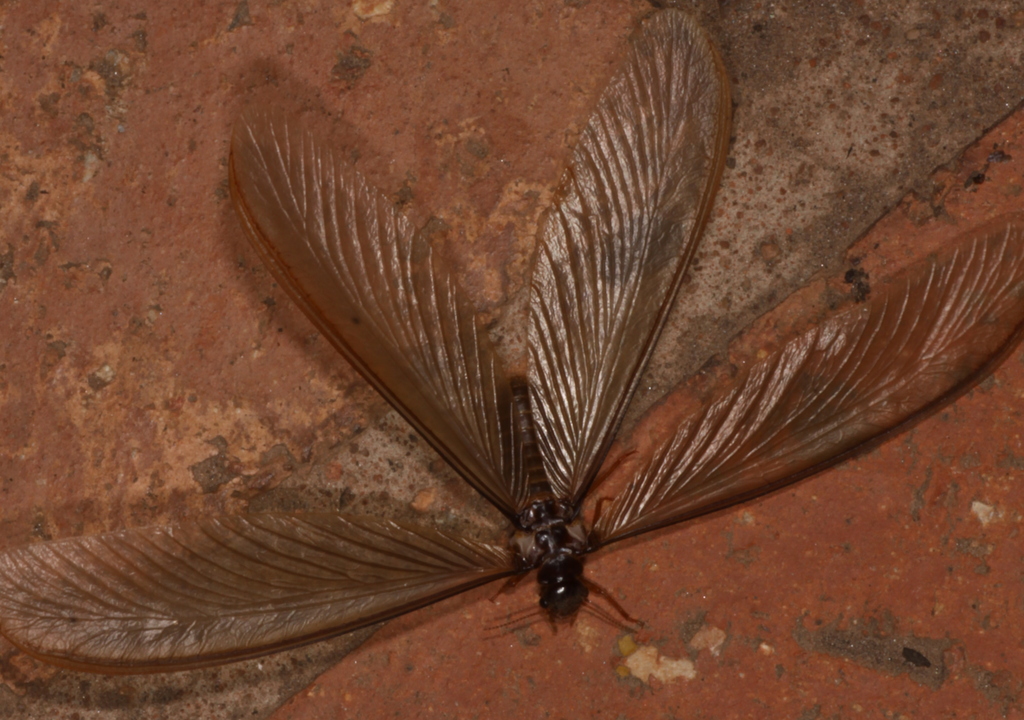 Flying ants are about 20 mm long.

Termites are about 10 mm long.

Color of veins of wings

Termites‘ veins are the same colour as their wings.

Termites have four wings of the same length.

Flying ants have an hourglass, wasp-like, segmented bodies with a prominent abdomen, which is separated from the rest of the body by a thin stem.

Termites have straight, unregimented bodies without the separation of abdomen like in ants.