1. What is Higgs Boson – Definition, Theory/Concepts

2. What is String Theory – Definition, Theory/Concepts

3. What is the difference between Higgs Boson and String Theory 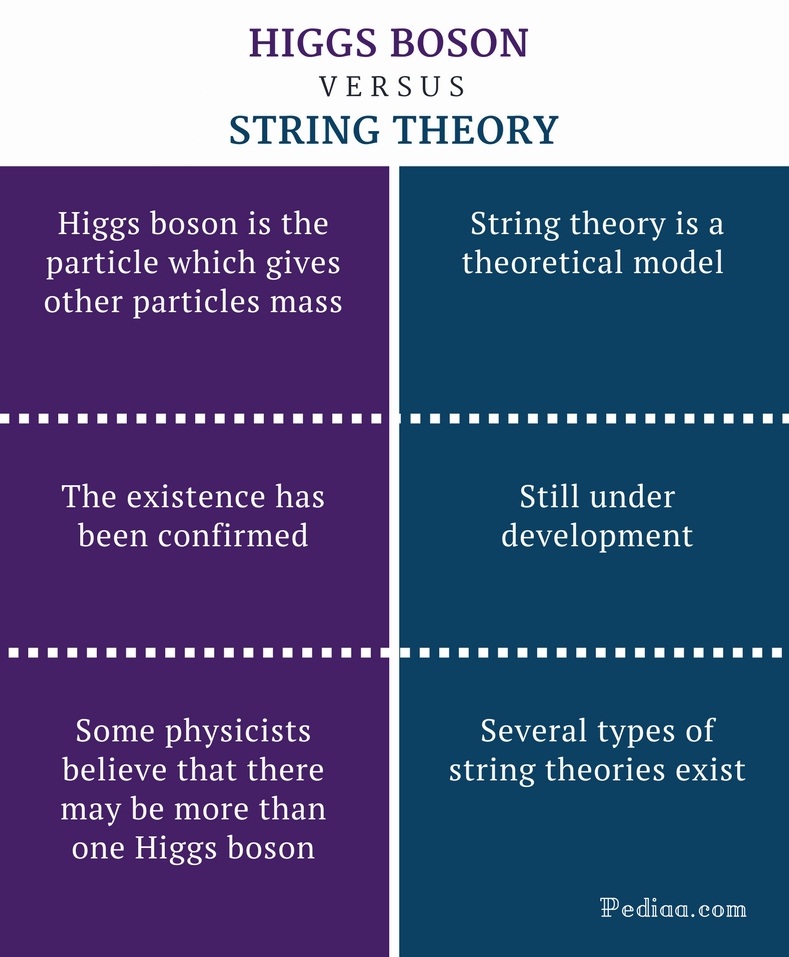 What is Higgs Boson

In physics, all the force carriers are bosons and therefore, they obey the Bose- Einstein statistics. Unlike Fermions, bosons have integer spins. There are several types of bosons, namely composite bosons, W+, W–, Z0, gluons, photon, graviton and the Higgs. According to the standard model, photon and gluons are considered to be the mediating particles in electromagnetics and strong interactions respectively. Also, W+– and Z bosons are the mediating particles in the weak interaction. In addition, the graviton is considered to be the force carrier in gravitational interaction.

The Higgs boson, also known as the God particle, is a boson with zero spin. It was named after a British physicist; Peter Higgs. Higgs is a fundamental particle with no electric charge or color charge. It is normally denoted by the symbol “H 0”. Even though the Higgs is a mediating particle, it is not a force-carrier of fundamental interaction.

Unlike in photon, invariant masses of graviton or gluon are zero; the Higgs boson is a massive particle with a mass in the range of 125 GeV/c2 -126 GeV/c2. Therefore, a large amount of energy is needed to create a Higgs boson. In a particle accelerator, charged particles are accelerated and strike against each other. As a result, the energy of the particles is converted into mass according to the Einstein equation E = mc2 . In order to create a Higgs boson, a particle accelerator must be able to accelerate the particles very close to the speed of light because Higgs boson is a massive particle. However, in 2013, the Large Hadron Collider (LHC) at CERN announced that they had succeeded in discovering the Higgs particle. Even though the standard model isn’t a completely acceptable story of matter and energy, the existence of the Higgs particle confirmed some other important predictions of the standard model: the existence of the Higgs field, the Higgs mechanism, and the way particles acquire their mass.

Higgs is a very unstable particle. It has been observed that the Higgs particles decay into two Z bosons, two W bosons or two photons immediately once they are created.

According to the standard model, the Higgs particle was a hypothetical boson until it was discovered in 2013, which gives mass to all fundamental particles. Therefore, the discovery of the Higgs particle (2012- 2013) solved the deepest puzzle of the standard model. The Higgs is no longer a hypothetical particle but a reality. The discovery of the Higgs boson is considered as a milestone in fundamental particle physics and also as a landmark of the human history. 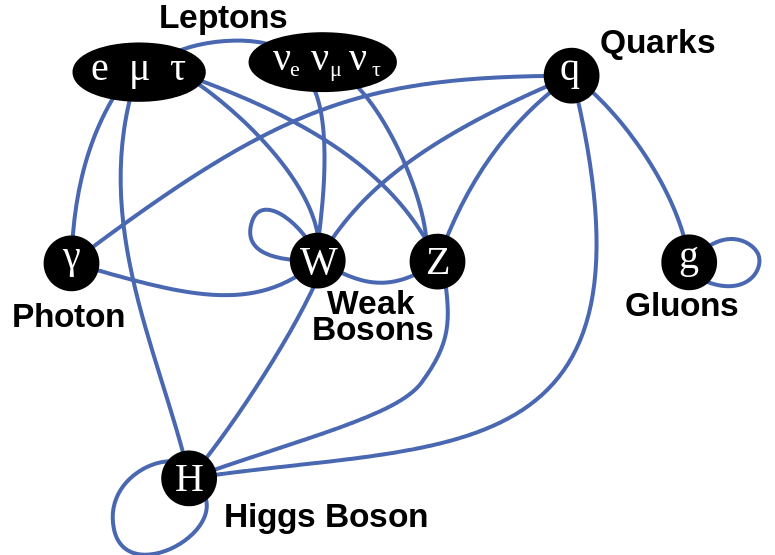 Summary of interactions between certain particles described by the Standard Model

What is String Theory

By 1950, the two radical theories; Einstein theory of relativity and Quantum physics seemed to be sufficient to explain most of the observed physical phenomena/ features in the universe. The two theories were used to explain the things from the origin of the universe to the ultimate fate of the cosmological objects. However, little by little, scientists realized that the two theories were not sufficient to explain some observed phenomena and features. Thus, they had to develop a new theory which could explain those that could not be explained by quantum physics or theory of relativity. The first attempt was the standard model which explains all the fundamental particles, out of which matter is made of. The model also explained all the fundamental interaction in the universe with one exception; the gravitational interaction was not included in this standard model. Therefore, the standard model is not a completely unified theory. It was realized that combining the gravitational interaction with other three fundamental interactions was difficult. 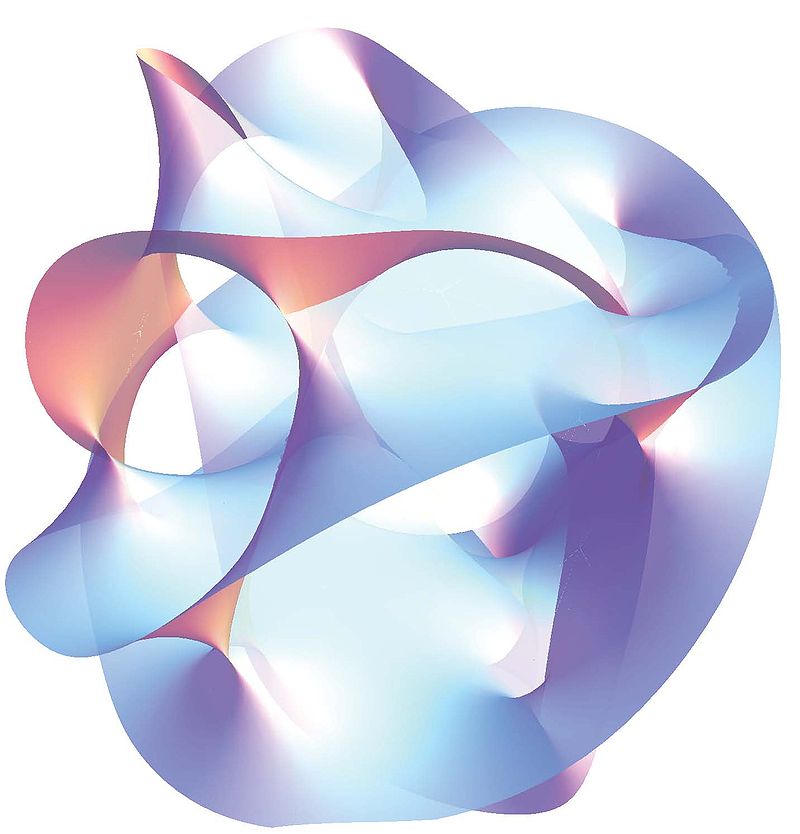 A cross section of a quintic Calabi–Yau manifold

Higgs boson: Higgs boson is the particle which gives other particles mass.

String theory: String theory is a theoretical model which tries to explain the way matter is made of, fundamental interactions, etc.

Higgs boson: The existence of Higgs boson has been confirmed.

Higgs boson: Some physicists believe that there may be more than one Higgs boson.