There is no standard difference between hill and mountain. Yet, several minor differences are indicated in order to identify a geographic formation as a hill or a mountain.

Hills or mountains are geographic formations protruding to an elevated level than surrounding landscape in the earth geography. Even though some consider hill and mountain as different, there is no such distinct difference between hill and mountain. However, in a general sense, a hill is easier to climb than a mountain. 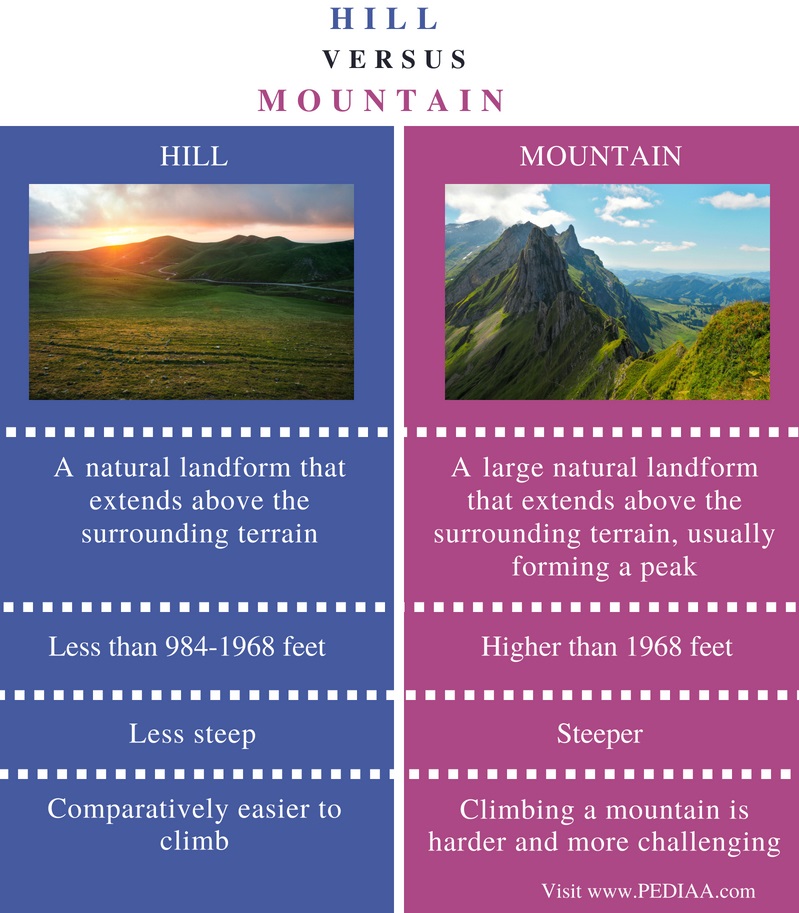 What is a Hill

In simple terms, a hill is a naturally raised area of land or a “landform that extends above the surrounding terrain”. There are several reasons that trigger the occurrence of a hill (or a mountain). Some of these reasons include

The United Kingdom and the United States used to define hills as summits less than 1,000 feet. However, both countries abandoned the distinction in the mid-twentieth century. 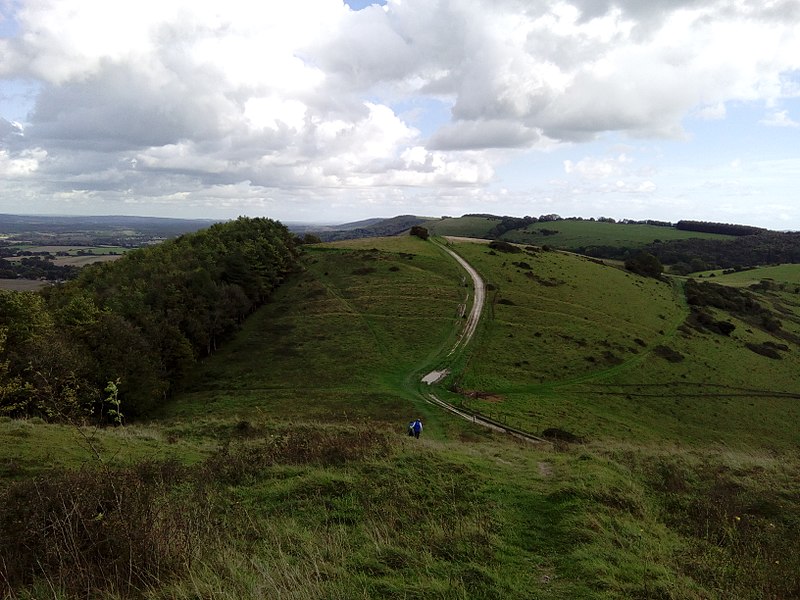 However, some general features of a hill are;

What is a Mountain?

Therefore, a mountain is also a landform that is raised above the surrounding landscape. It is usually in the form of a peak with a well-defined summit. Moreover, only a few mountains are isolated summits while most occur as huge mountain ranges. Therefore, some general features of a mountain are:

Due to this high elevation of mountains, colder climate can be experienced on the top of the mountains. This results in the creation of varied ecosystems; varied fauna and flora can survive in those colder climates.

Mountains, as well as hills, form due to varied geological phenomena. One such major phenomenon is faulting, which happens as a result of the constant movement of the rocks underneath the Earth’s surface. This occurrence changes the original landscape of the earth. Similarly, hills that form as a result of faulting can eventually turn into huge mountains. A mountain might become a hill if it is worn down by land erosion, glaciers or other weather conditions.

Similarities Between Hill and Mountain

Difference Between Hill and Mountain

Many people believe that mountains are steeper than hills.

It is comparatively easier to climb a hill; climbing a mountain is harder and more challenging.

Earth geography is a landmass with numerous variations due to varied geographic reasons. Hills and mountains are two such geographic phenomena which happen mainly as a result of faulting of the earth landmass. though there is no standard difference between hill and mountain, there are general observations that we use to distinguish one from another, such as the difficulty of climbing a mountain in comparison to climbing a hill. Yet it should be noted that these two names are used interchangeably due to their similar nature.