3. What is the difference between Homogeneous and Heterogeneous Mixtures? 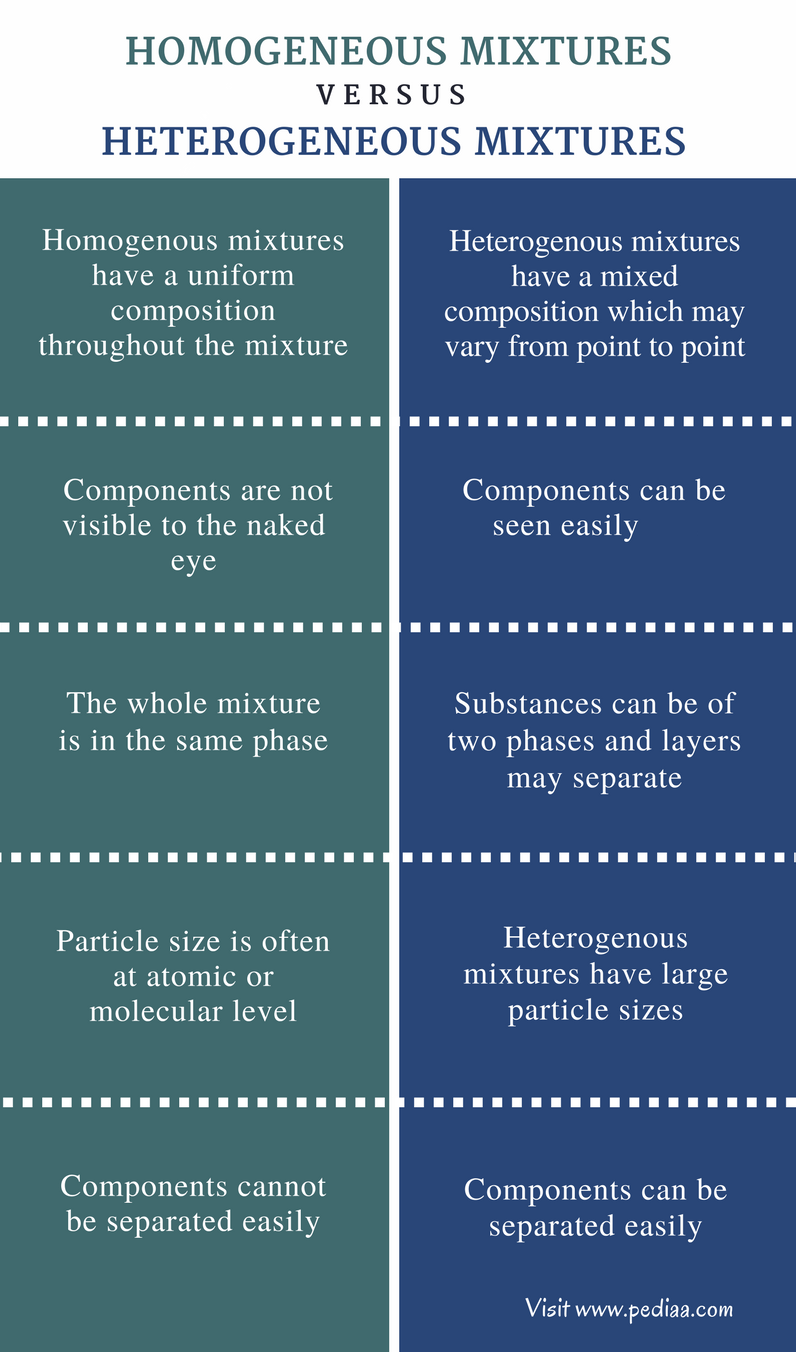 A homogeneous mixture is a mixture with a uniform composition. These mixtures have a uniform composition due to the even distribution of particles. They consist of only one phase. They do not separate into layers, and the constituents are of the molecular or atomic level. Homogeneous mixtures are often called solutions in laymen terms. One of the simplest examples is given below.

Dissolve sugar in water. Take samples from several points of the solution. You will understand that the taste is the same irrespective of the sample point. This indicates that sugar particles are evenly distributed throughout the liquid phase; hence the sugar + water solution is homogeneous.

However, if you keep adding sugar to the solution you might see that there comes a point where sugar would not dissolve anymore. This is called the saturation point. Beyond saturation point, sugar will not dissolve in water anymore, and the homogeneity will be lost. But, if enough solvent is added, the undissolved amount of sugar can be dissolved. This shows that the amount of the substances which takes part in making the mixture should be taken into account in order to maintain the homogeneity of a certain mixture.

The composition of a homogeneous mixture (a solution) can be depicted by the term concentration. Concentration is the amount of solute dissolved in the solvent.

Types and Examples of Homogeneous Mixtures

Gas mixtures: Air in the atmosphere 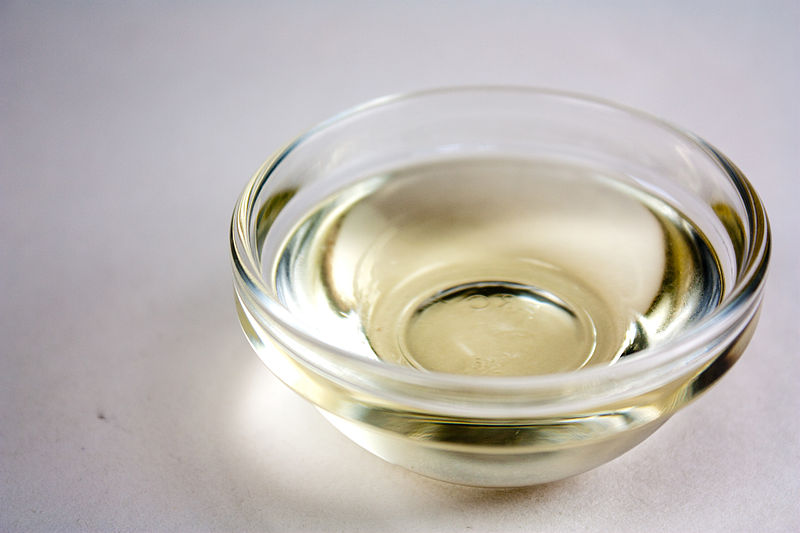 Oil and water is a fine example of a heterogeneous mixture. When oil is mixed with water, the separation of two layers is visible to the eye.  The following picture shows this phenomenon clearly. 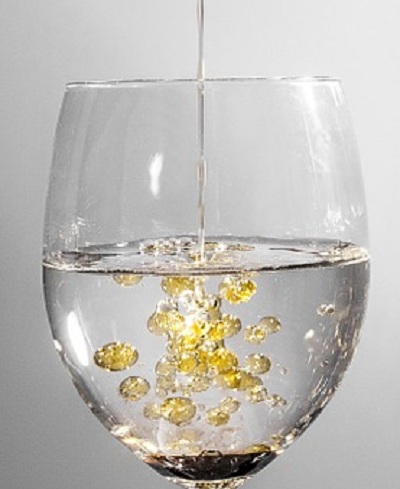 Emulsions: A heterogeneous mixture of two liquids. The oil and water mixture discussed above is a fine example for this.

Suspension: Large particles of solids are dispersed in a liquid. Soil and water mixture is a suspension

Liquid aerosols: Fine liquid droplets are suspended in a gas. Perfume is a liquid aerosol

Difference Between Homogeneous and Heterogeneous Mixtures

Homogeneous Mixtures: Homogenous mixtures have a uniform composition throughout the mixture.

Heterogeneous Mixtures: Heterogenous mixtures have a mixed composition which may vary from point to point.

Homogeneous Mixtures: Components are not visible to the naked eye.

Heterogeneous Mixtures: Components can be seen easily and distinguished.

Homogeneous Mixtures: The whole mixture is in the same phase.

Heterogeneous Mixtures: Substances can be of two phases and layers may separate.

Ophardt.C.; What are Mixtures and Solutions?. Study of Matter. 2003. Retrieved from http://chemistry.elmhurst.edu/vchembook/106Amixture.html