The main difference between iPad and Tablet is that iPad is the brand name for Apple based tablets while a tablet is a portable personal computer with a mobile operating system, touchscreen display, keypad, and other components.

iPad provides a robust user experience. It performs well and is easier to use. It is stable than other tablets in the market. However, iPads are more expensive than other tablets. On the other hand, tablets such as Android tablets are a good choice when considering the hardware aspects such as expanding memory. 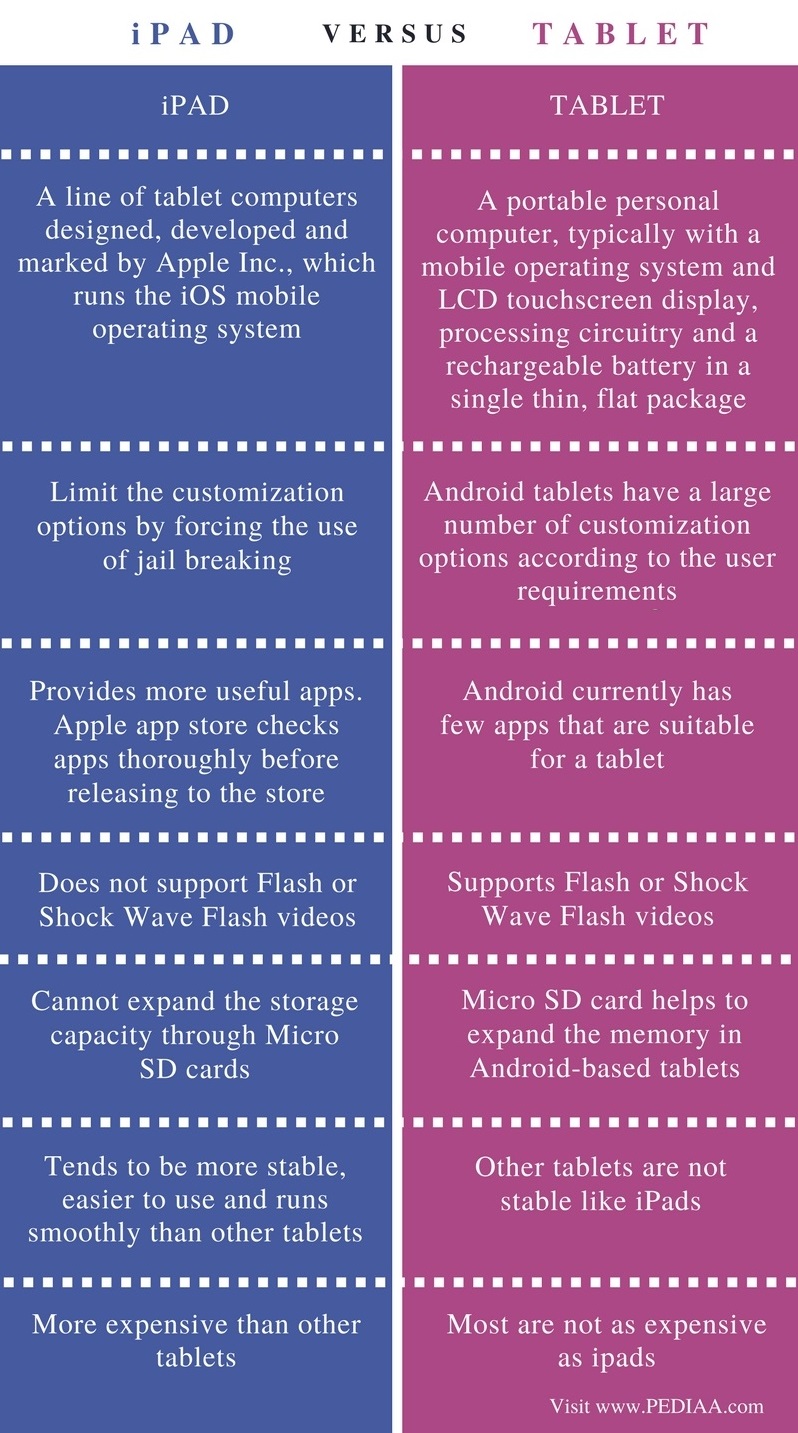 iPad is a type of tablet. In fact, it is the brand name for Apple based tablets. iPad operates on Apple’s own operating system known as IOS. Apple IOS of iPad provides a better user experience even for a non-technical user. It is a powerful and easy-to-use operating system. 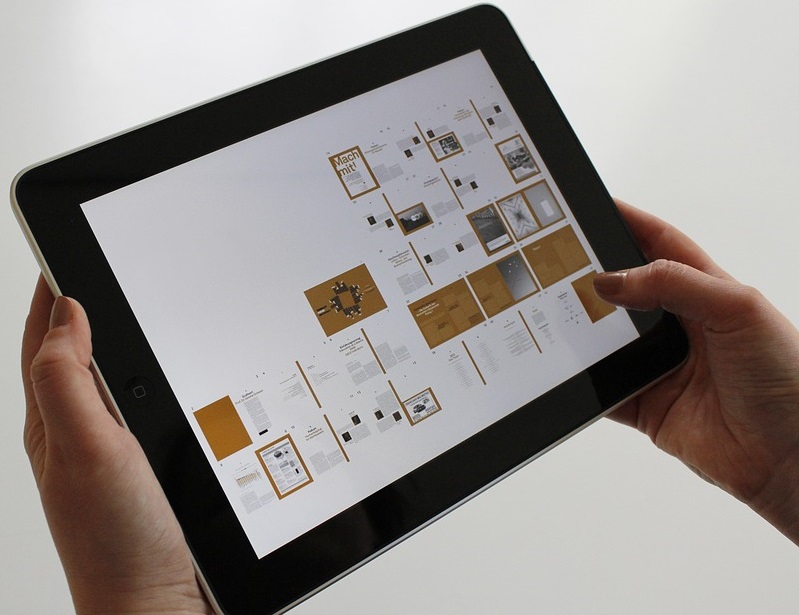 An iPad provides a variety of features. It can shoot videos, take photos, play music, send emails, browse the internet, manage files etc. There are also features such as games, GPS navigation, social networking. The user can download the required apps from the Apple app store. The App store consists of more than one million apps for iPad by Apple. Apple checks each app individually before releasing to the app store, minimizing the malware or bug threats to the device. Overall, iPad is a user-friendly, powerful mobile device and is one of the best application development environment.

What is a Tablet

Tablet is a portable personal computer. It consists of a mobile operating system, LCD touchscreen, keypad with a rechargeable battery in a single thin package. It has functionalities similar to a personal computer but has some limitations in features such as input-output capabilities. A tablet is smaller than a personal computer but is larger than a smartphone. Unlike a regular computer, a table does not require a physical keyboard. It operates by hand gestures of the touched screen. The most popular operating system for tablets are IOS (for Apple) and  Google’s Android. 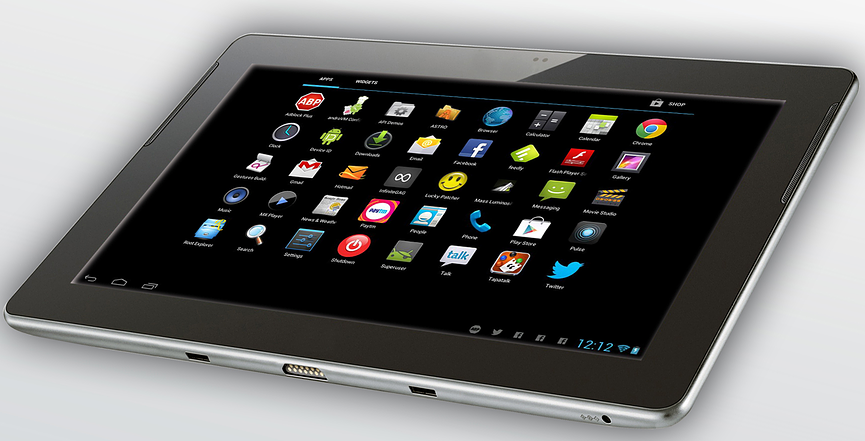 The user can quickly switch on the tablet and start working immediately. It helps the user to connect to internet using Wi-Fi, 3G, 4G, etc. Usually, a tablet cannot run complex programs but it is capable of running small programs. The user can manage files, browse the internet, manage videos, phones, listening to music etc. This easily usable mobile computing device is widely popular today among regular users as well as the business crowd.

Relationship Between iPad and Tablet

Difference Between iPad and Tablet

iPad: A line of tablet computers designed, developed and marked by Apple Inc., which runs the iOS mobile operating system

iPad: Limit the customization options by forcing the use of jail breaking

Tablet: Android tablets have a large number of customization options according to the user requirements

Tablet: Android currently has few apps that are suitable for a tablet.

iPad: Does not support Flash or Shockwave flash videos.

iPad: Tends to be more stable, easier to use and runs smoothly than other tablets.

iPad: More expensive than other tablets

Tablet: Other tablets are not expensive as iPads

A tablet is a portable personal computer with a mobile operating system, touchscreen display, keypad and other components. iPad is the brand name for Apple based tablets.  This is the difference between ipad and tablet.