Both jeans and pants are items of clothing that cover the lower part of the body. Jeans refers to a hard-wearing casual trousers made from denim material. However, the term pants can have two meanings. In American English, pants is equivalent to trousers whereas in British English pants refer to undergarments. If we take the American English meaning of the word, it can be said that jeans are a type of pants. The main difference between jeans and pants is their durability; jeans are a highly durable type of pants whereas other types of pants are not as hard-wearing as jeans.

Jeans refers to a Hard-wearing casual trousers typically made from denim or dungaree cloth. The term jeans often refer to a certain style called blue jeans, which were invented by Jacob Davis and Levi Strauss. They were originally invented for cowboys and miners since the material is highly durable. They can be worn for several days without washing. They became popular among the youngsters in the mid 20th century. They still remain a popular fashion item and come in various colors and designs. They also come in various fits such as skinny, slim, straight, tapered, boot cut, cigarette bottom, narrow bottom, low waist, anti-fit, and flare.

Though jeans were originally worn by Westerners, today it is popular all over the world. Cowboys, as well as farmers, teenagers, housewives, supermodels, presidents,  wear them. Some prefer jeans for their durability and comforts; but for some others, it is fashionable and trendy. 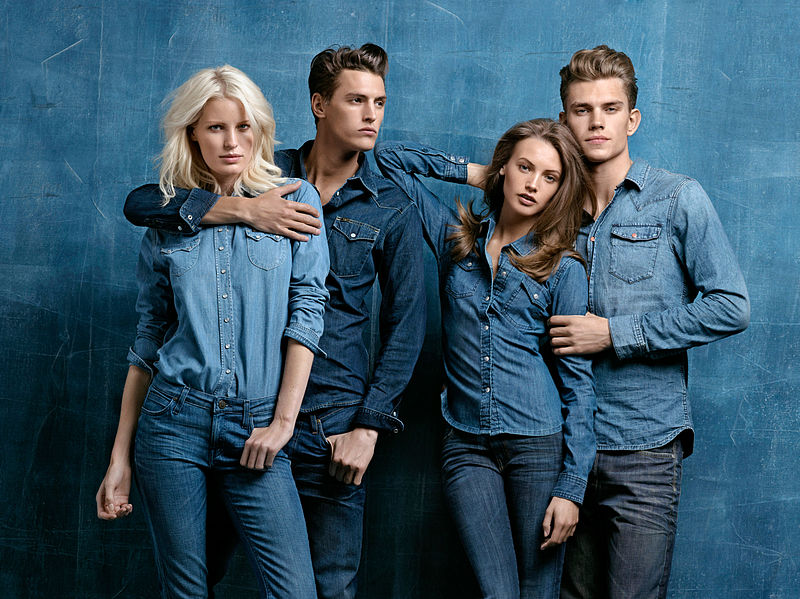 The meaning of the word pants differs according to the type of English you are speaking. In American English, pants is the general term used to refer to trousers. It is an outer clothing that covers the lower part of the body, with a separate section for each leg. (unlike skirts) Pants can be of different types; slacks, jeans, khakis, corduroys, chinos are some of these varieties of pants. 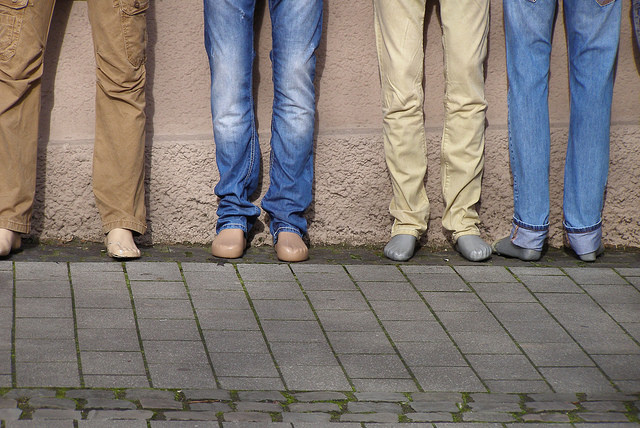 Difference Between Jeans and Pants

Jeans are a type of hard-wearing casual pants.

Pants refer to either a is an outer clothing that covers the lower part of the body, with a separate section for each leg (in the US) or undergarments (UK).

Jeans are worn for casual occasions.

Pants (trousers ) can be worn formal and casual occasions.

Other types of pants are not as hard-wearing as jeans.

There are different varieties of pants such as slacks, jeans, khakis, corduroys, chinos, etc.

There are different colors, designs, and fits of jeans.

Jeans come in different colors, but blue denim is the most popular of all jeans. 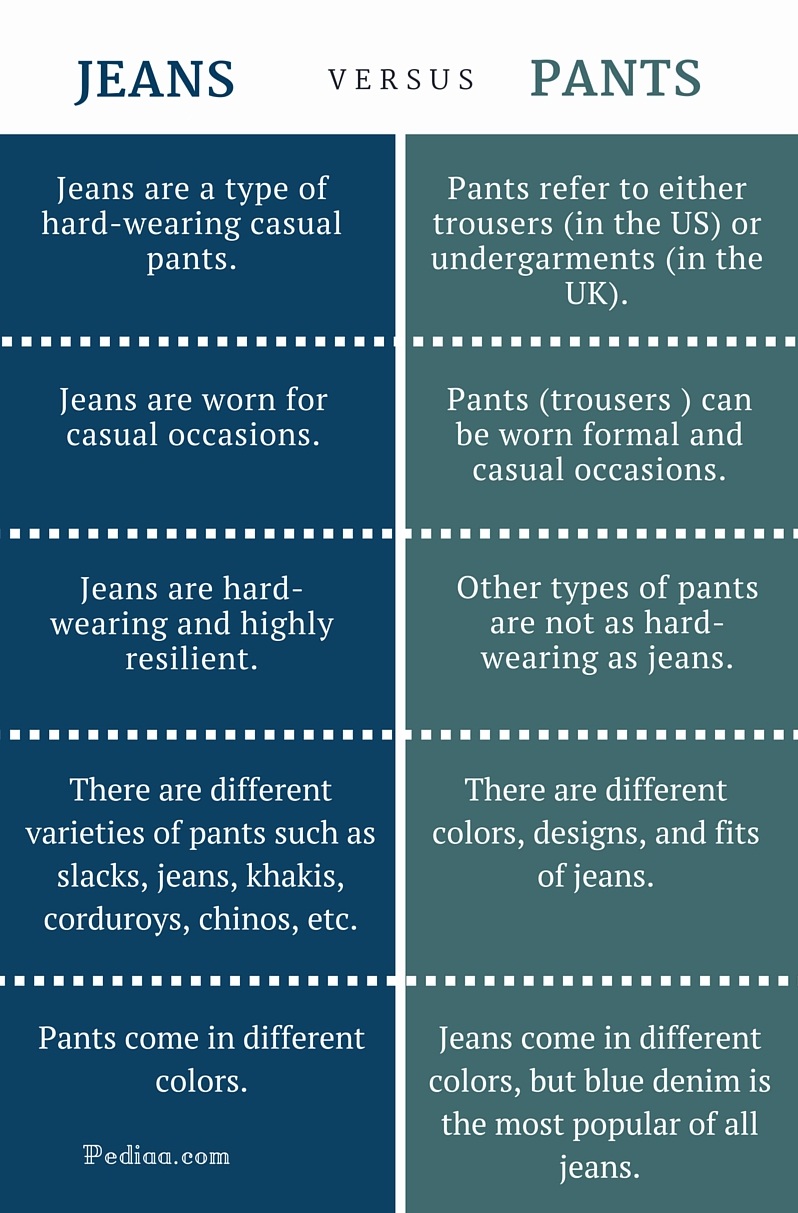