Larceny vs Theft – Meaning and Usage

Theft occurs when an individual takes the property of another without permission, with the intention of permanently depriving that person of the property.  Larceny also has a similar meaning and is often used as a synonym for theft. Larceny can be defined as the unauthorized taking and removal of the personal property of another by an individual who intends to deprive the owner of it permanently; a crime against the right of possession. In legal systems of many countries, larceny and theft are merged into one. However, larceny is an offense in some states of US and Australia.

It is also important to note that theft is a generic term that can be used to refer to all types of property thefts including larceny. Burglary, embezzlement, looting, shoplifting, fraud, etc. also fall under this theft.

Unlike other crimes where seriousness is indicated by degrees (first degree, second degree, etc.), theft and larceny are divided into two types based on their seriousness: petty theft/larceny and grand theft/larceny. Petty theft is a misdemeanor crime where a person steals a property valued at a smaller price. Grand theft involves stealing property of high value. 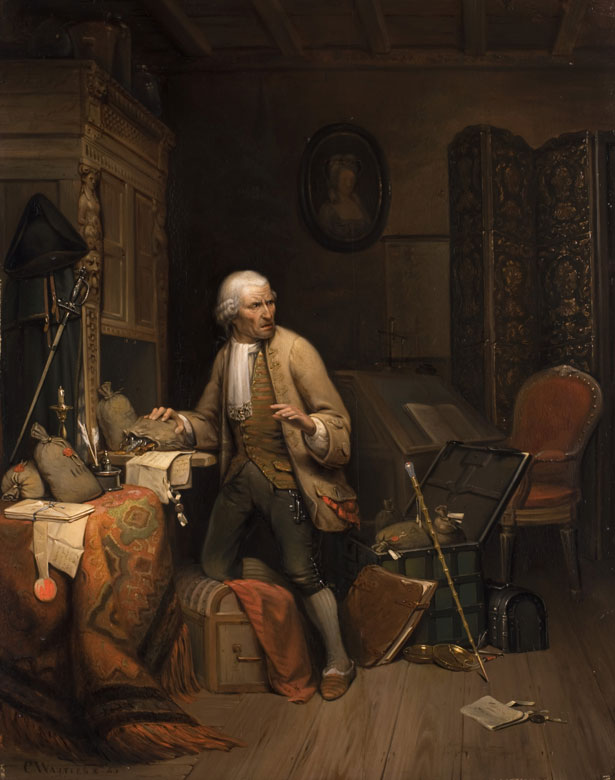 Difference Between Larceny and Theft

Larceny is the theft of personal property.

Theft is a generic term to which larceny also belongs.

Larceny is mostly a legal term.

Theft is a general term.

Larceny is not as commonly used as theft. 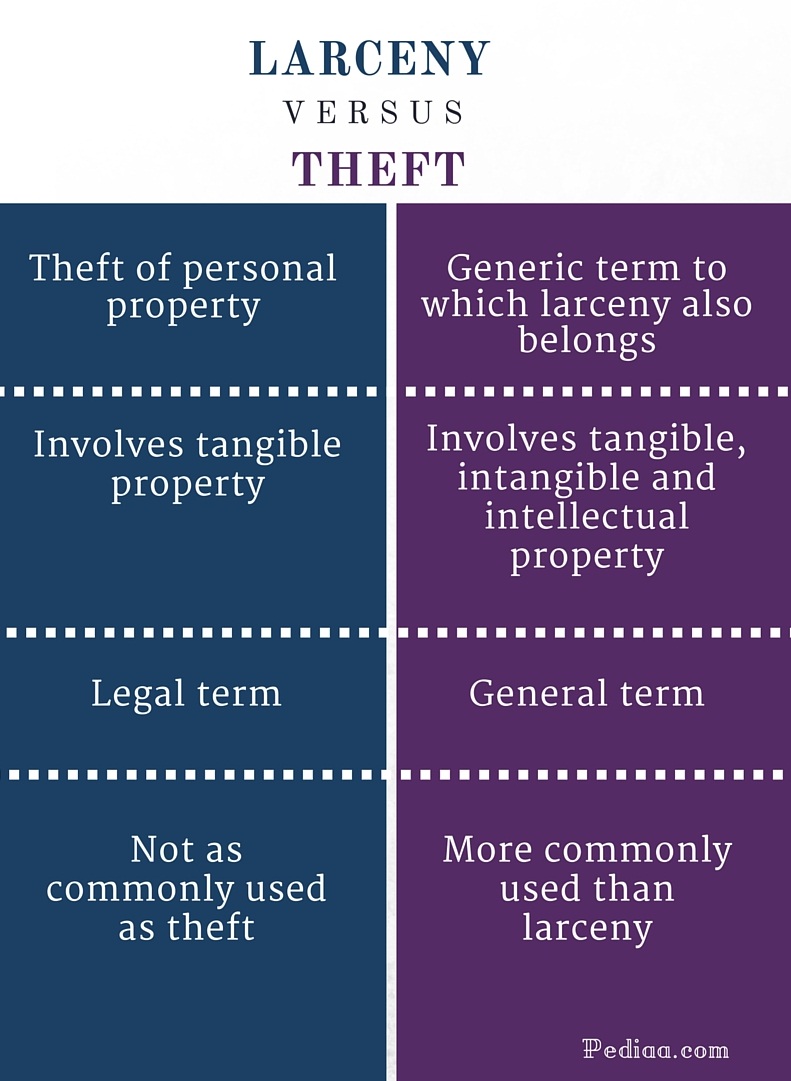 “The caught thief servant” by Constant Wauters – hampel-auctions.com, by Charles Wauters (1809–1869) (according to the auction house, probably wrongly attributed due to signature C. Wauters ), (Public Domain)