Both mandatory and compulsory are two words that mean something essential. Therefore, these two words are often used as synonyms. Nevertheless, they have different meanings in relation to their usage. 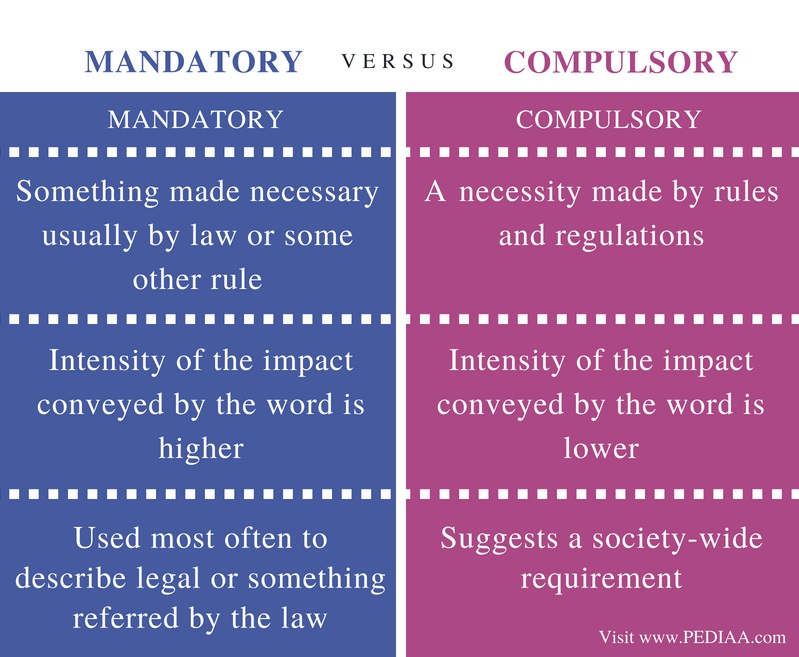 What Does Mandatory Mean

The adjective ‘mandatory’ is derived from the noun ‘mandate’ which means an official command or an authority given by the electorate for a government. In other words, mandatory signifies something which is made obligatory or required by law or rule.

Therefore, something mandatory has the ability to bind the doer to that particular work or the condition referred.

Consider the given example sentences;

As exemplified from the given sentences, the doer is bound by certain regulations to fulfil the given condition or commanded by authority.

What Does Compulsory Mean

Compulsory also mean something essential and thus, required by law. Nevertheless, unlike mandatory, compulsory does not indicate a quality of binding the doer. Rather it is generally used in the sense of something which is ‘essential’. 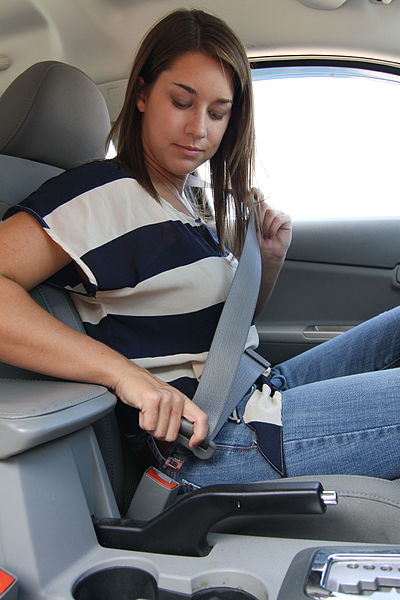 Figure 02: Wearing a seatbelt is compulsory while driving.

Furthermore, the word compulsory often refers to things or requirements that are made necessary through rules and regulations. Refer the given example sentences:

Hence, anything that is compulsory has to be essentially done without postponement.

Difference Between Mandatory and Compulsory

Mandatory means something made necessary usually by law or some other rule. Therefore it implies a quality if binding to the doer while compulsory means a necessity made by rules and regulations.

The intensity of the impact conveyed by the word mandatory is higher in comparison to that of the word compulsory.

Mandatory is used most often to describe legal or something referred by the law while compulsory suggests a society-wide requirement.

1. “How to Use Mandatory, Compulsory and Obligatory.” Malcolm’s English Pages, 5 Mar. 2013, Available here.