Mnemonic and acronym are two interrelated concepts between which there exists a difference. The main difference between Mnemonic and Acronym is that mnemonic is a technique of memorizing information through a pattern of letters, numbers or ideas whereas acronym is a type of abbreviation that comprises of using the first letters of a series of words to indicate a new word.

What is a Mnemonic

A mnemonic is a learning technique that helps us to remember information. Mnemonics are used in the form of memorable words, phrases, poems etc. For example, the phrase, ‘Richard Of York Gave Battle In Vain’ is a mnemonic to help remember the colors of the rainbow in order. Red, Orange, Yellow, Green, Blue, Indigo, Violet

Mnemonics are formed following the theory that it is easy for the human brain to remember spatial, personal, surprising, sexual, humorous, physical, surprising or otherwise relatable information, rather than impersonal and abstract data.

As mentioned above mnemonics can be of several types and given below are some examples of these different categories.

George’s Elderly Old Grandfather Rode A Pig Home Yesterday
Helps you to remember the spellings of the word Geography.

Note that mnemonic can take the form of an acronym as well. For example,

FANBOYS for the seven coordinating conjunctions For, And, Nor, But, Or, Yet, So

However, this does not mean that all mnemonics are acronyms or that all acronyms are mnemonics.

Knuckle mnemonic for the number of days in each month.

What is an Acronym

An acronym is a form of abbreviation where a word is formed from the fist letters of a series of words. Generally this new word contains a vowel to facilitate the pronunciation of the word.  The most significant feature of an acronym is that it can be pronounced as a new word, unlike initialisms.

Although there exists a technical difference between initialism and acronyms, in usage, people use the term acronyms to refer to both these abbreviations.

Some common examples of acronyms include,

Note that acronyms are sometimes used as mnemonic to used to help remember facts. For example,

PAVPANIC  is a mnemonic device that helps to remember the parts of speech in the English language. 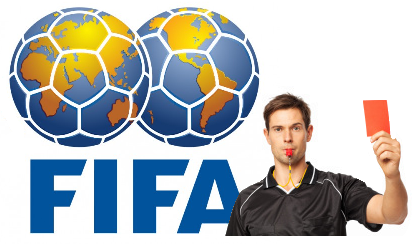 Difference Between Mnemonic and Acronym

Mnemonic is a technique where a pattern of letters, ideas, or associations, etc. assists in remembering something.

Acronym is an abbreviation formed from the initial letters of other words and pronounced as a word.

Some mnemonic devices are acronyms.

Not all acronyms are mnemonics.

Mnemonic can be a word, phrase, poem or even a song.

Acronym is  pronounced as a single word. 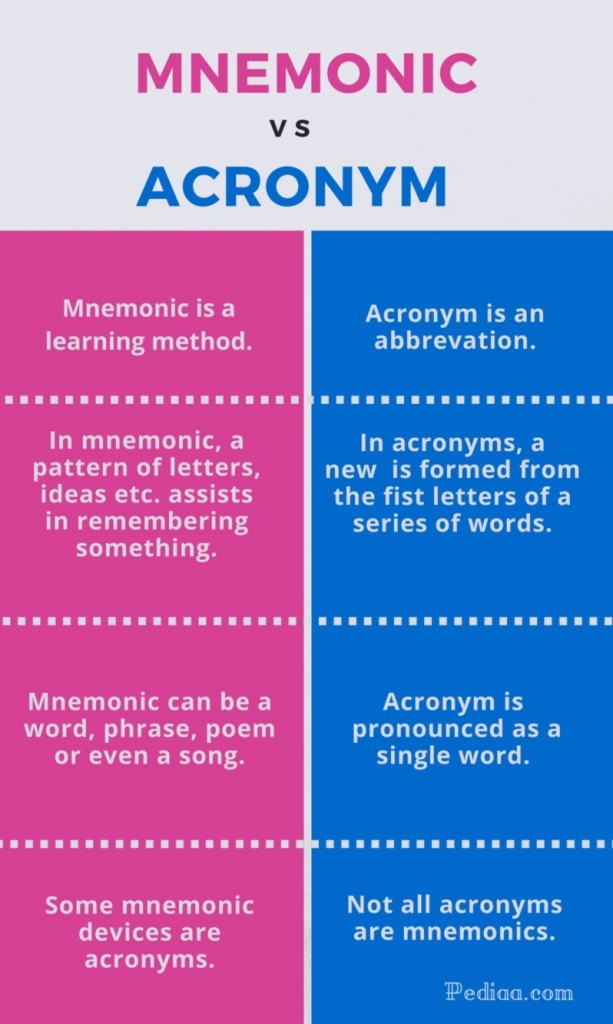