Both Monomer and Polymer are commonly used in the industrial chemistry to relate to different types of material and their constituents. The word ‘poly’ literally means ‘many’. And the word ‘mono’ means ‘one’ or ‘single’. Therefore, a polymer is a compound made up from many single units whereas a monomer is considered as the single unit which is the repetitive building block in a polymer chain. This is also the main difference between Monomer and Polymer.

What is a Monomer

As mentioned above, monomers are single units that act as the building blocks of polymers. They are covalently bound to form polymers. These are low molecular weight molecules which gradually add up to form a complex unit. When two monomers are put together, they are known as ‘dimers’, and then it continues to form trimers, tetramers, pentamers, etc. When there are few dozens of units added up together, the system is called an ‘oligomer’.

A monomer can consist of a single type of molecule and also several types of molecules that are covalently bound. In accordance to the definition, a monomer is a unit which get repeated within a polymer. Therefore, extra care must be taken when breaking down a polymer into its monomer units. Proteins being polymers are made up from repeating amide units and therefore named as polyamides. Here, ‘amide’ refers to the type of bond which binds the monomer units. When the monomers get repeated, so do the bonds, hence the name. Likewise, nucleotides are the monomer units of DNA and RNA and the cellulose is made up of repeating D-glucose units. Regarding the synthetic polymers, rubber is made from repeating ‘isoprene’ units, ethylene is repeated to form polyethylene and propylene get repeated to form polypropylene. The chemical and physical properties of monomers differ from their macroscopic counterparts.

Polymers are synthesized chemically and are also found naturally. Some of the most common natural polymers are; proteins (polyamides), DNA (polynucleotide), RNA (polynucleotide), Cellulose (polysaccharide) etc. Examples of synthetic polymers include synthetic rubber, nylon, PVC, polyethylene, polypropylene etc. The polymer acts as a continuous macroscopic material whereas its chemical properties can be defined at the nano-scale, as to how the polymer chains interact through physical forces. However, the bulk properties of the polymers can be tested from the outside. 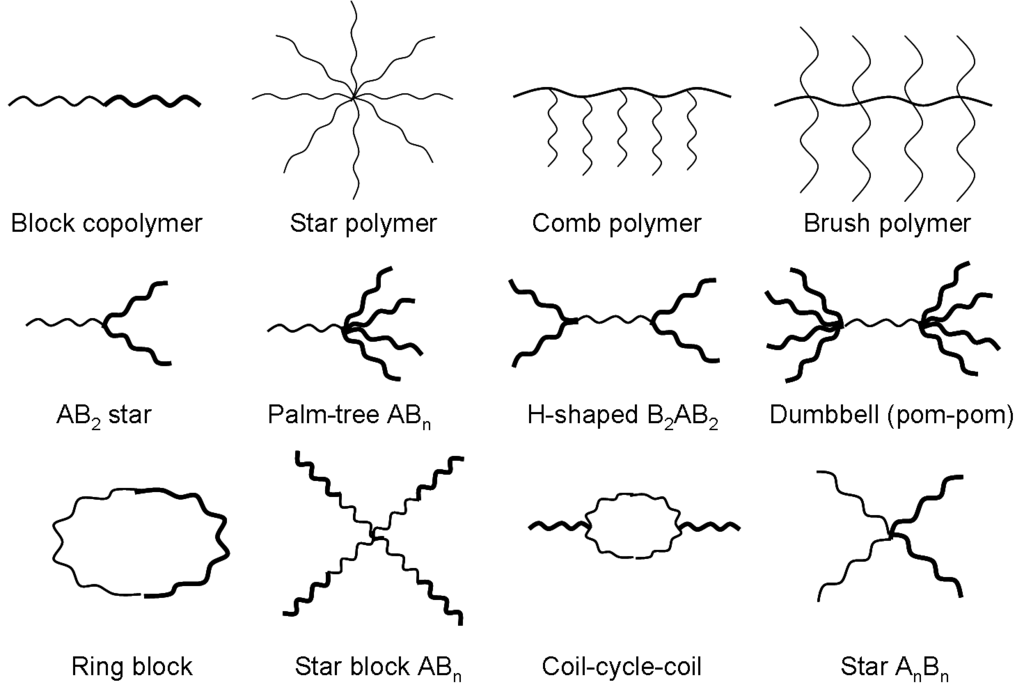 Difference Between Monomer and Polymer

A polymer is a macroscopic material built from a large number of repeating single units bound together.

A monomer is a single repeating unit that is covalently bound to form polymers.

A polymer will always have a single repeating unit.

A monomer can have different combination units.

Polymers are macroscopic molecules which are stronger than monomers and are less susceptive towards chemicals.

Monomers are small molecules in the microscopic scale which cannot be compared to the macroscopic properties of polymers. And they are chemically more reactive than polymers. 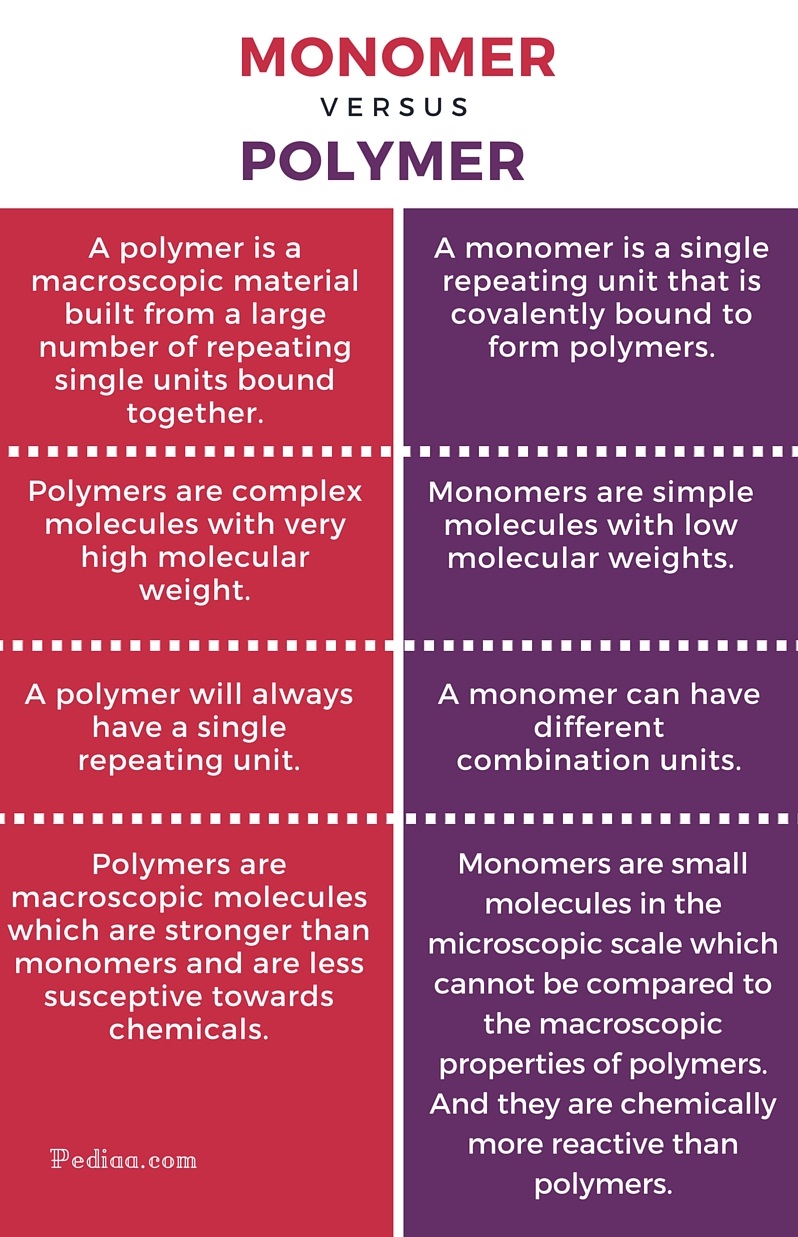 “RAFT Architecture” by Chem538w10grp4 – Own work. (Public Domain) via Commons