Both butterflies and moths belong to insect order Lepidoptera. The presence of scales on wings and a coiled proboscis are unique features of lepidopterans. In general, butterflies are more colorful than moths (often gray or dull). Nevertheless, color is not the best feature to differentiate these two groups since there are exceptions among the species. For example, Polyphemus moth is more colorful than Summer Azure butterfly. The main difference between moth and butterfly is in the shape of their antennae. Butterfly antennae look like clubs at the end, whereas moth antennae are straight. Therefore, the best way to differentiate a moth from a butterfly is by observing their antennae. Other different features between moths and butterflies are further elaborated in this article. 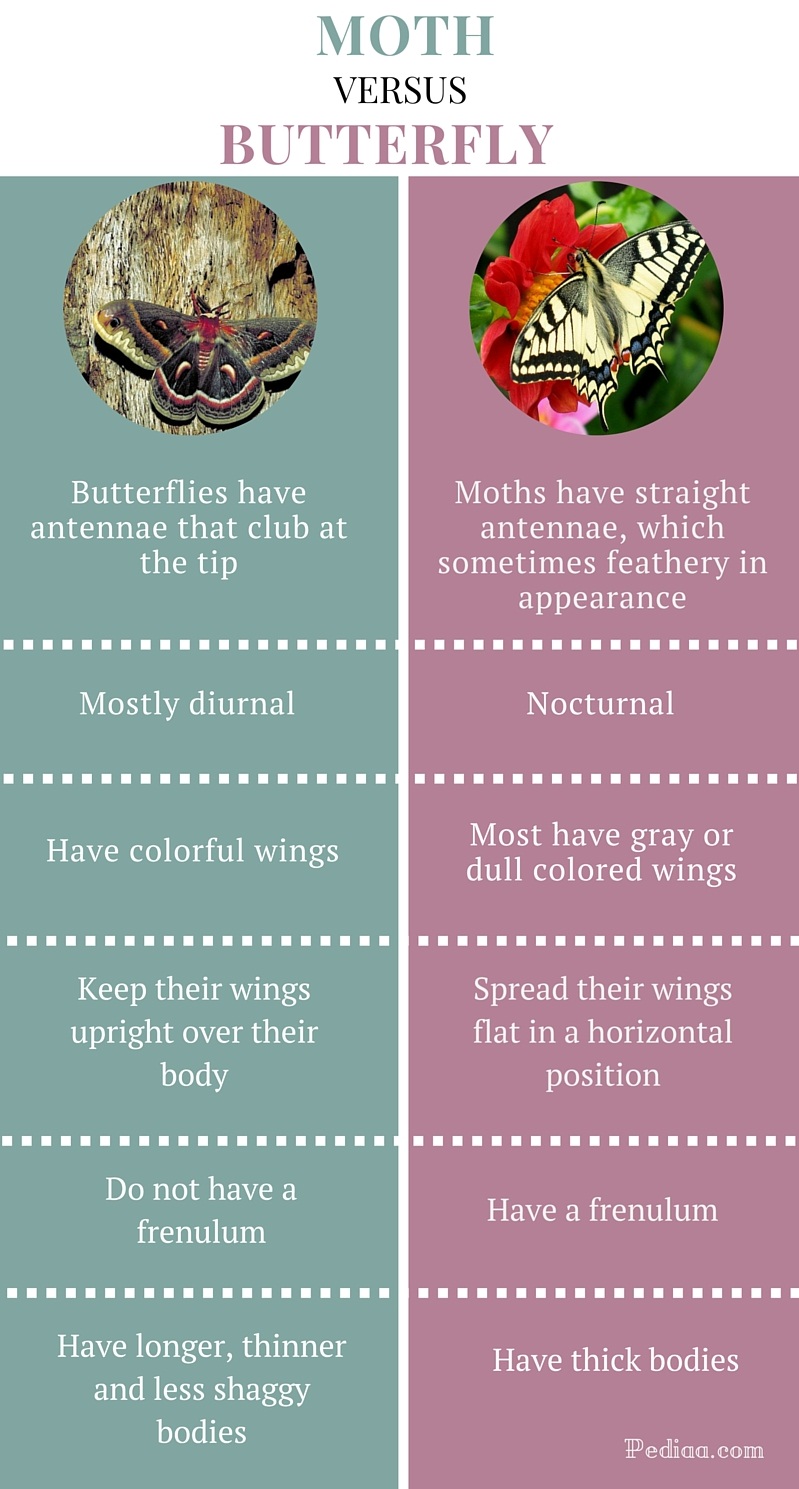 Moths have four wings covered with tiny scales and a coiled proboscis. Proboscis is used as the feeding organ to suck nectar. There are about 140,000 species of moths in order Lepidoptera. Moths have straight antennae and mostly dull or gray colored bodies. Unlike butterflies, their bodies are less colorful, making them more camouflage. Most moth species are nocturnal, only very few are diurnal. Like butterflies, moths also have a four-staged life cycle; egg, larva, pupa, and adult. The antennae of moths are always straight and may have with feathery or comb-like structures. Unlike butterflies, many moths have a special device called frenulum, which is a tiny hook that links fore-winds and hindwings together in flight. 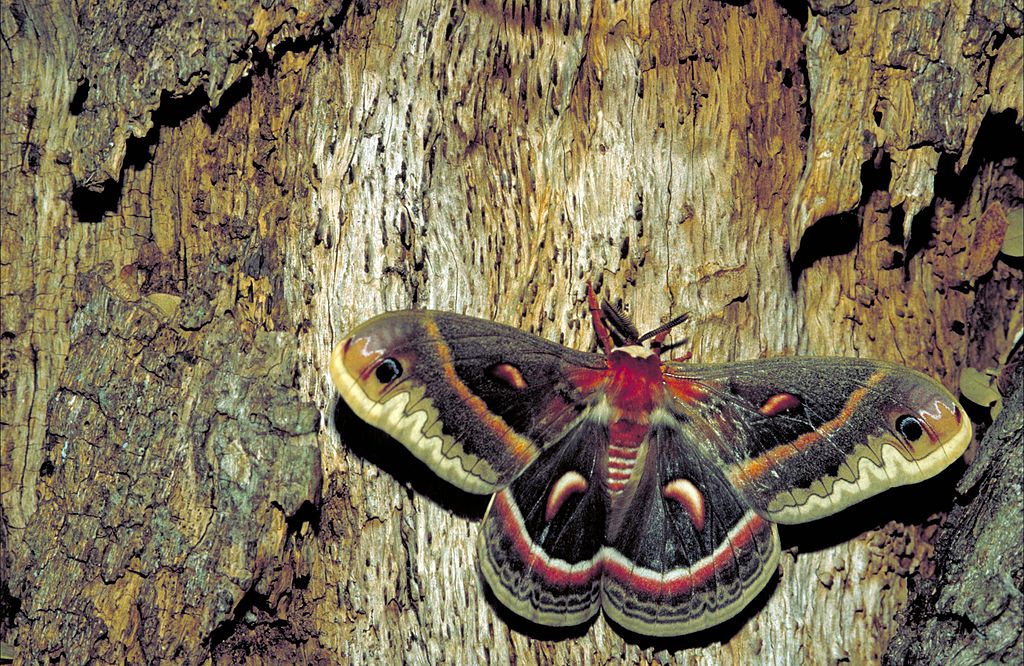 Butterflies are a remarkable insect species with very colorful wings and delicate bodies. There are about 18500 species of butterflies in order Lepidoptera. The color patterns on wings are due to pigments on scales. The wing size, shape and wind color of butterflies vary widely. The tiniest butterfly is the pygmy blue, which is about 19 mm in width, while the largest, Queen Alexandra’s birdwing has a wingspan of 5 – 11 inches. The life cycle is similar to that of moths. Adults are ready to feed on nectar and breed. Butterflies are usually active during the day unlike most moths, but there are some exceptions to this. Every butterfly species has its unique habitat, which solely depends on nectar plants, caterpillar food plants, mating areas and roosting areas. 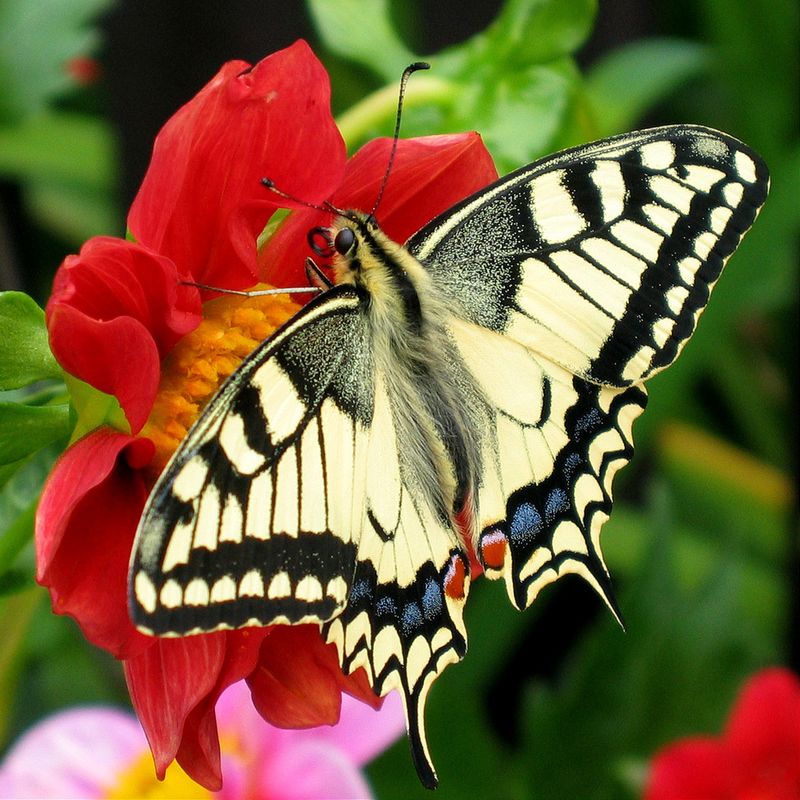 Difference Between Moth and Butterfly

Butterflies: Butterflies have antennae that club at the tip.

Moths: Moths have straight antennae, which sometimes feathery in appearance.

Butterflies: Most butterflies are diurnal. (except very few species)

Moths: Most moths are nocturnal.

Butterflies: Most butterflies have colorful wings.

Moths: Most moths have gray or dull colored wings, which help them to camouflage.

Wing Position When Resting or Feeding

Butterflies: Most butterflies keep their wings upright over their body.

Moths: Most moths spread their wings flat in a horizontal position.

Presence of a Frenulum

Butterflies: Butterflies do not possess a frenulum.

Moths: Moths have a frenulum, which is found on the wings linking forewings and hindwings together when flying.