Silver and nickel are two metal elements that are found in the d block of the periodic table of elements. Nickel and silver metals are considerably resistant to corrosion. Therefore, they have a wide variety of applications. Silver metal can be found in its pure form naturally. It can also be found as a metal alloy with gold or other metals, and as a component in some minerals. Very trace amounts of nickel also can be found in its pure form. But the majority of nickel sources on earth in not accessible since they are located in the core of the earth. It is often difficult to identify the difference between nickel and silver due to their shiny appearance. Although these metals look similar in their appearance, there are a number of differences between the two elements. The main difference between nickel and silver is that the melting point of nickel is very high compared to the melting point of silver. 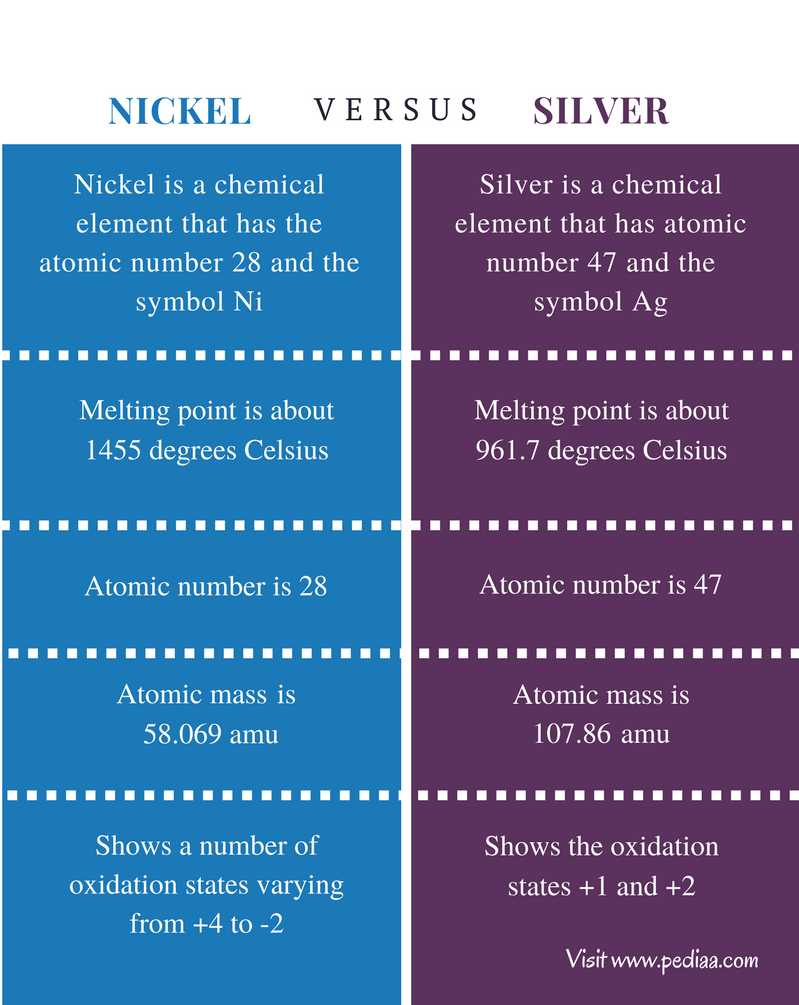 Nickel is a chemical element that has the atomic number 28 and symbol Ni. It is a naturally occurring metallic element. Nickel has a very lustrous appearance. It is a d block element in the periodic table and is a transition metal. The electron configuration of Nickel is [Ar]3d84s2. At room temperature and pressure, it is in the solid state. The atomic mass of Nickel is about 58.069 amu.

The melting point of Nickel is one of its main characteristic features. It is of a very high value and has been measured as 1455oC.  Nickel is also highly resistant to corrosion and oxidation. Another one of its important characteristics is high ductility. This means nickel is highly capable of being drawn into wire-like structures.

Nickel is able to form a number of different compounds since it shows several oxidation states, including 0, +1, +2, +3, +4 and -1, -2. The most common oxidation state is +2. Aqueous solutions of Ni+2 is green coloured. In addition, Ni+2 forms a number of colourful ammine complexes.

Nickel is one of the few ferromagnetic elements. At room temperature, it is highly attracted to magnets. There are several isotopes in nickel. 58Ni is the most abundant isotope among other isotopes. Its abundance is about 68%. It is the most stable isotope of Nickel. 60Ni is also stable but is less abundant (about 26%).

Silver is a chemical element that has the atomic number 47 and the symbol Ag. Though its name is silver, it is given the symbol Ag because the Latin word Argentum means silver. Silver can be found as a pure metal in nature. It can be found as a metal alloy with gold or other metal elements and as a component in some mineral compounds. The atomic mass of silver is 107.86 amu. The electron configuration is given as [Kr]4d105s1.

At room temperature and pressure, silver is a solid metal. It has a bright lustre. Silver belongs to the d block of the periodic table of elements. The melting point of silver is about 961.7oC. The most commonly found oxidation states of silver are +1 and +2. There are two major isotopes of silver; they are 107Ag and 109Ag. Both isotopes are somewhat equally abundant in nature. However, 107Ag is slightly more abundant than 109Ag isotope. There are some synthetic isotopes of silver which are radioactive.

Among the chemical reactions of silver, the formation of metal halides is a common reaction. Silver chloride, silver bromide and silver iodide are precipitates. Therefore, sometimes it can be used to find out the presence of silver ions in a solution. Silver forms coordination compounds as well. 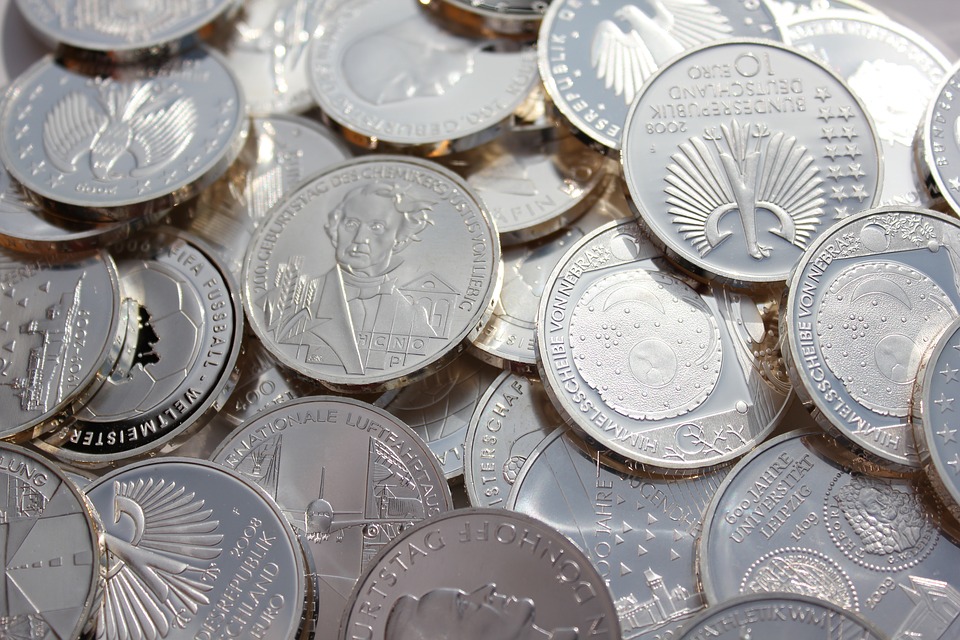 Figure 2: Silver is Used in the Production of Coins

Silver is commonly used in the production of coins and jewellery. There are medicinal applications of silver as well. Here, silver is used for wound dressings, sometimes used to treat external infections and is used as a component in ointments used to treat wounds caused by burns.

Difference Between Nickel and Silver

Nickel: Nickel is a chemical element that has the atomic number 28 and the symbol Ni.

Silver: Silver is a chemical element that has atomic number 47 and the symbol Ag.

Nickel: The melting point of nickel is about 1455oC.

Silver: The melting point of silver is about 961.7oC.

Nickel: The atomic number of nickel is 28.

Silver: The atomic number of silver is 47.

Nickel: Nickel shows a number of oxidation states varying from +4 to -2.

Nickel and silver are very useful metals in the production of different equipment and other materials. But their applications are different from each other due to various properties of these metals. For example, nickel can be used to produce materials that are used at high-temperature conditions due to the difference between melting points of these elements, which is also the main difference between nickel and silver.