Main Difference – Non vs. None

Both Non and None are words that indicate negation. The main difference between non and none is, non is a prefix while none is a pronoun. Many other differences can be noted between these two words based on this disparity in grammatical forms.

What Does Non mean

When non is placed before verbs, they can be turned into adjectives.

Iron Non → iron (not needing to be ironed) 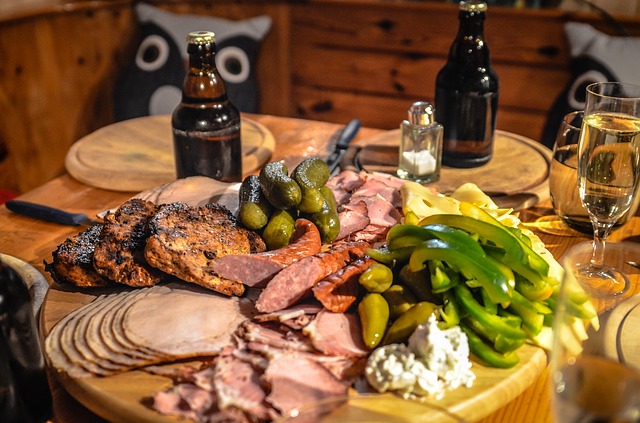 What Does None Mean

None is the pronoun of the word, no. This pronoun is always used to show negation. None means not any or not one. None can be used to replace countable and uncountable nouns. It can also be used as a subject or an object.

Don’t eat all the food, or there will be none for me.

None could compete with her looks or intelligence.

My sister has two children; I have none.

He looked for signs of fatigue in her face; there were none.

We use none with the preposition of when none is followed by demonstratives, possessives or pronouns. However, none should be avoided if there is already a negative in the sentence.

I knew none of them, so I remained silent.

None of them were ready to accept their fault.

In addition, if we are referring to two entities ( two people or two things), neither should be used instead of none of.

The two of us stared at each other, none of us moved. ×

The two of us stared at each other, neither of us moved.

Some hold the view that none (as a subject) can be used with a singular verb form. However, as the Oxford Dictionary explains, “There is little justification, historical or grammatical, for this view.” It can be used with both singular and plural verb forms, depending on the context.

She’s always looking for inspiration. None ever comes.

She’s always looking for ideas. None ever come. 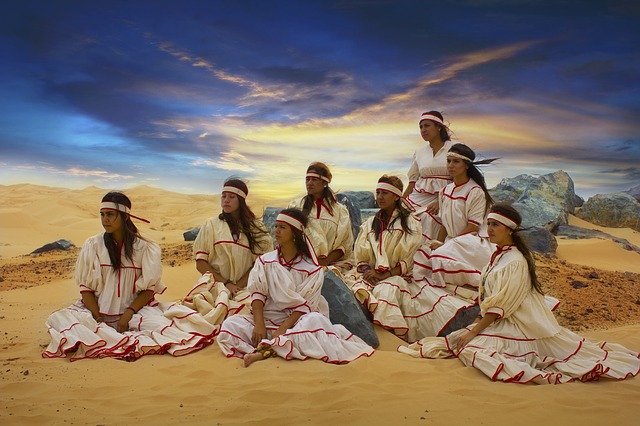 None of them have European origins.

Difference Between Non and None

Non is a prefix that indicates negation or absence.

None is a pronoun that indicate negation.

Non can not be used alone.

None can be used to replace nouns.

When non is placed before a noun, the meaning of that word changes completely.

Non can be used in a sentence, even if the sentence already has a negation.

None cannot be used if there is already a negation in the sentence.

Non can be used irrespective of the number.

None cannot be used if there are only two entities. 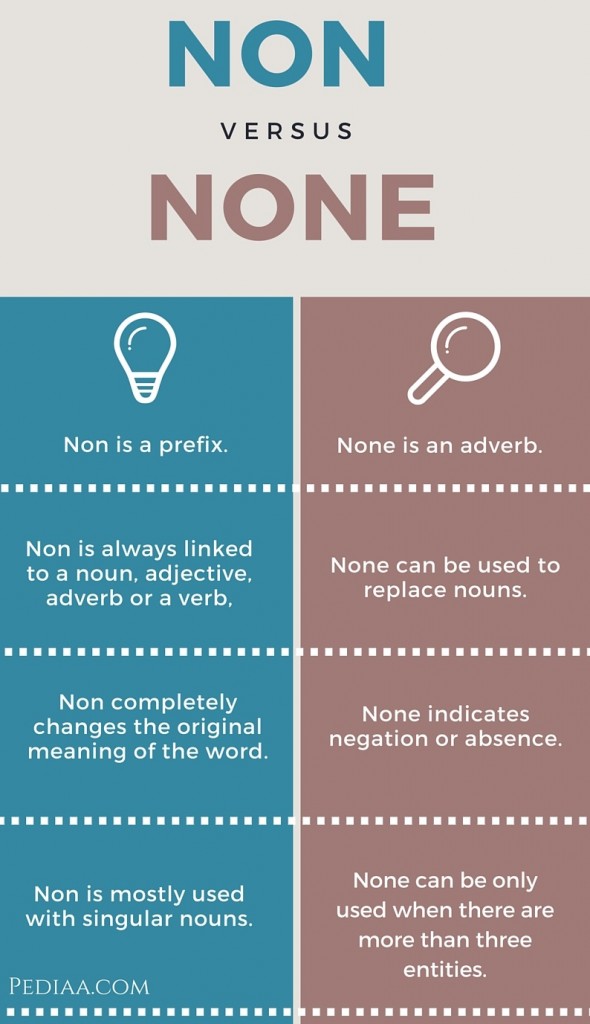