Both panther and leopard belong to genus Panthera, which contains big cats including tigers, lions and jaguars. Unlike other cats, these animals have a special morphology of larynx that allows them to produce loud calls known as roars. The main difference between panther and leopard is that panther refers to black or dark coloured breeds of jaguars and leopards, whereas leopards are the smallest species of the four big cats. 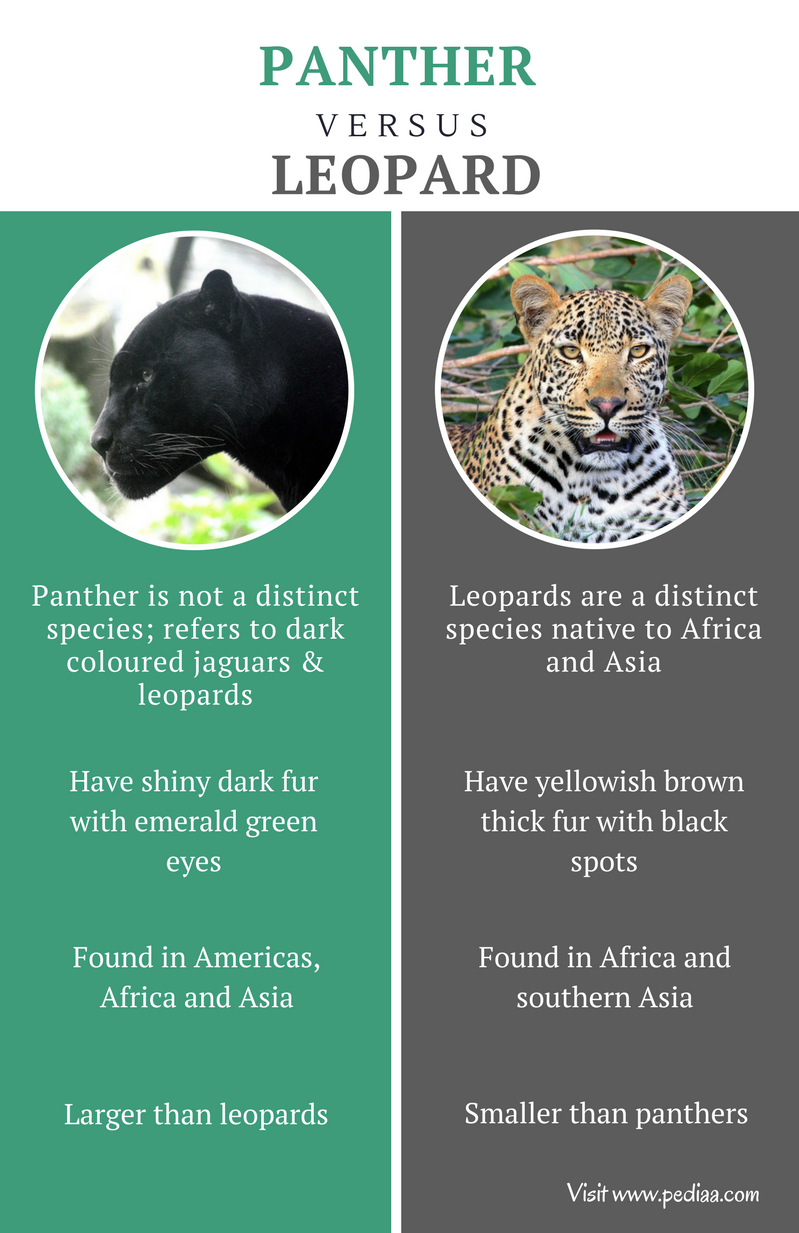 The term panther is usually used to refer black or dark coloured breeds of leopards and jaguars. It is not a distinct species, unlike leopards. Panthers are native to Asia, Africa and Americas. Panther is a powerful cat that has adapted well to a wide range of habitats around the world including tropical forests, marshlands, swamplands, grasslands, deserts and mountains. They are among the strongest climbers of all felines. Unlike normal leopards and jaguars, the spots on their dark fur are not easily identifiable, unless you look very closer. Moreover, panthers have very shiny fur, unlike their normal breed. The unique feature of panthers is the presence of emerald green eyes. The hind legs are slightly longer and larger than front legs. Panthers are very intelligent, strong and agile and generally like to live a solitary life. These nocturnal hunters usually like to spend daylight hours resting in the trees. Like many other big cats, the panther is considered as an endangered animal mainly due to habit loss in the form of deforestation. 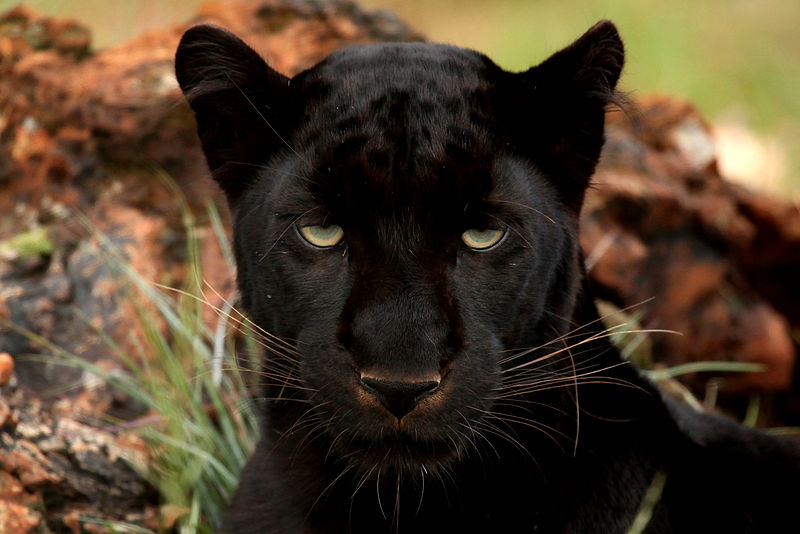 Leopard is a medium-sized cat native to sub-Saharan Africa and southern Asia. It belongs to big cat family Felidae. Leopards are solitary animals and are considered as very agile opportunistic hunters that usually hunt at night. There are seven different subspecies of leopards. They differ in their appearance and geographic location. The most common and widespread subspecies is the African leopard. Leopards can be identified easily by their long and slender body with short, stocky legs and a long tail. Leopards inhabit various types of habitats including rainforests, tree-lined savannah, deserts, and mountains. Leopards are excellent climbers. Males are significantly larger than their female counterparts. They have dense fur and long fur with distinguishable black spots. 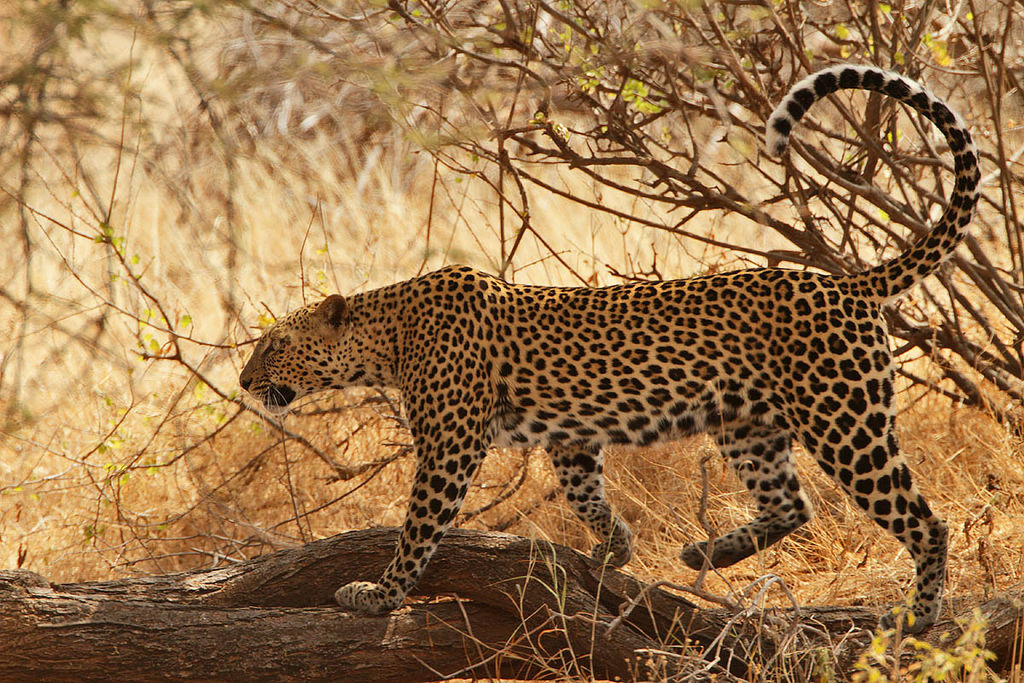 Difference Between Panther and Leopard

Panther: Panther is not a distinct species but usually used to refer dark coloured jaguars and leopards. The dark colour fur is due to the presence of excessive melanin pigment.

Leopard: Leopard is a distinct species native to Africa and Asia.

Panther: Panthers are found in Americas, Africa and Asia

Leopard: Leopards are found in Africa and southern Asia.

Panther: Panther is larger than leopard.

Leopard: Leopards are smaller than panthers.