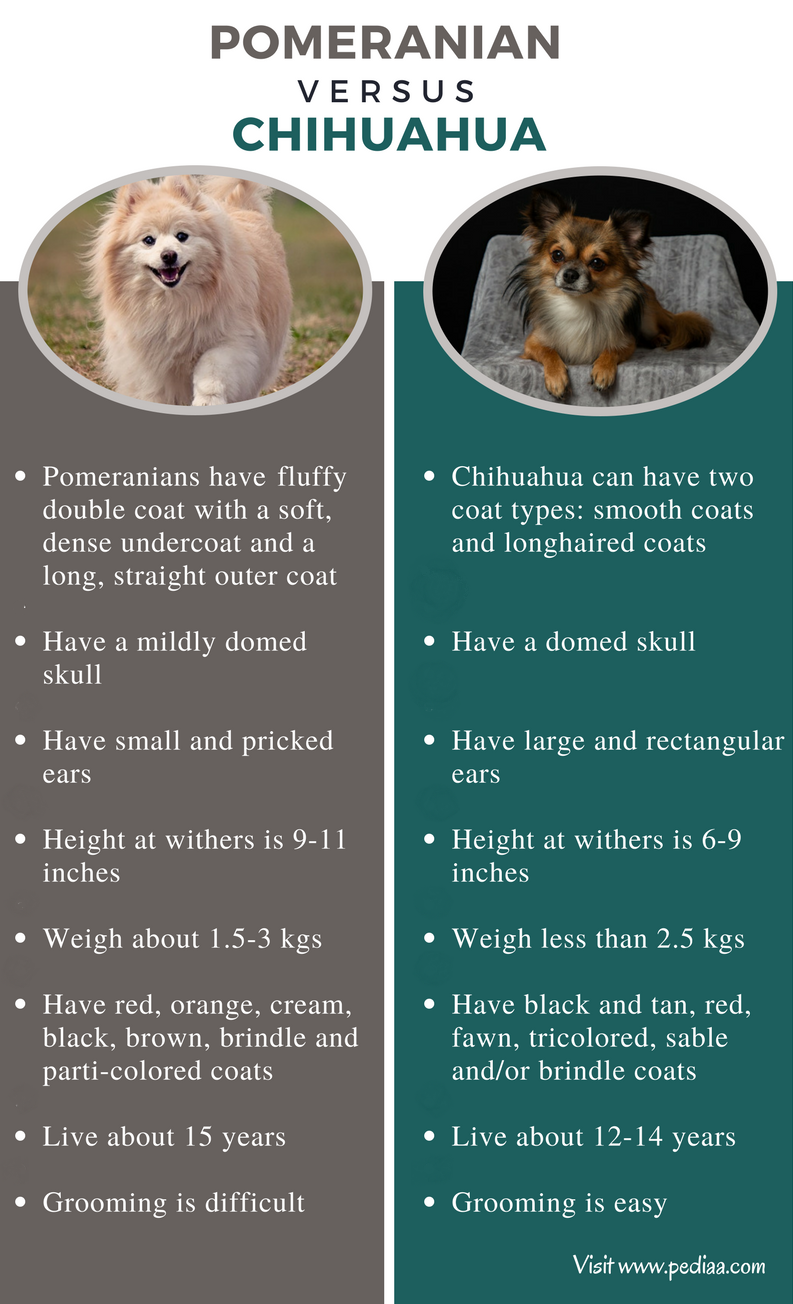 Pomeranians originated from sled dogs in Iceland and Lapland. They were later developed from much larger dog breeds in Pomerania and Germany that are similar to modern Klein German Spitz. In the mid-1800s, when Queen Victoria brought this dog to the England, the dog breed became very popular in Great Britain. Early Pomeranians were bigger and heavier boned. But this dog breed became much smaller later and they now weigh between 1.5-3 kgs. Height at withers is around 9-11 inches. The head is round-shaped with a short muzzle and dark, bright, almond-shaped eyes. The ears are small and erect. The tail is curled and set parallel to its back. The double coat consists of a soft, dense undercoat and a long, straight outer coat. The coat comes in various colors and color combinations including red, orange, cream, black, brown, brindle and parti-color. The limbs are short and straight with compact tiny feet. 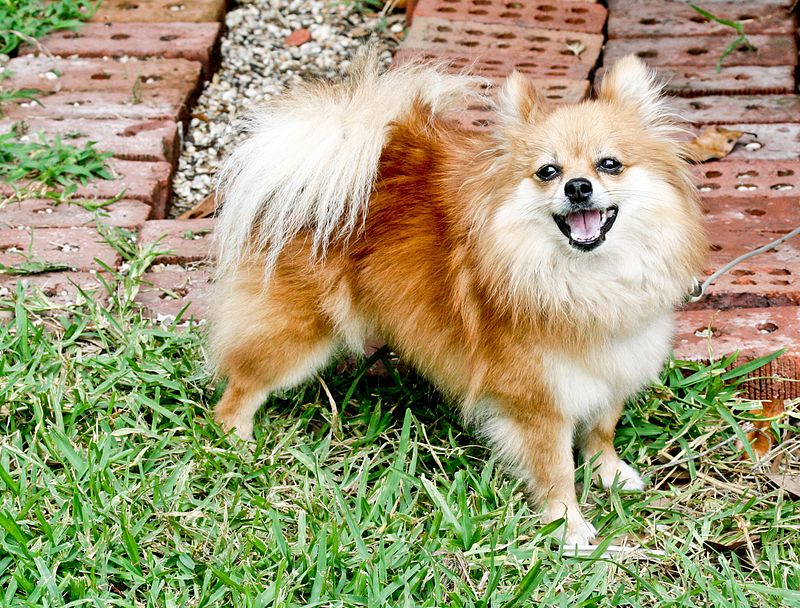 Their lifespan is about 15 years. This dog breed is very active, intelligent, alert, and curious. They are known as good alarm barkers or watchdogs. Although they are small, Pomeranians need daily exercises. House training would be a challenge, but with close supervision and patience, it can be achieved. These dogs are often used in various dog activities like therapy dog work and obedience competitions. They are a great pet, especially for elderly people. They may be too fragile for very small children. Grooming is difficult and must be done very frequently.

The history of Chihuahua has been debated as certain people believe that the breed was originally bred in China before introducing to Americas. Some people believe that this dog breed was native to Central America as it descended from the Techichi, a small dog lived in the 9th century. A similar dog breed has been found in the Cholula pyramids, which dates back before the 1500s. Despite their debatable origin, Chihuahua has become a very popular dog breed in America, Europe, and Mediterranean regions.

This breed is a very small dog breed with the weight that never exceeds 2.5 kgs. Height at withers is between 6-9 inches. There are two types of Chihuahua based on their coat texture. One type has a long, soft, flat or somewhat wavy coat, and the other type has short, smooth, glossy coat. Both varieties may possess an undercoat. Coats come in black and tan, red, fawn, tricolored, sable and brindle. The head is round and the eyes are quite protruding. The ears are large and erect. The curved tail loops over the back. 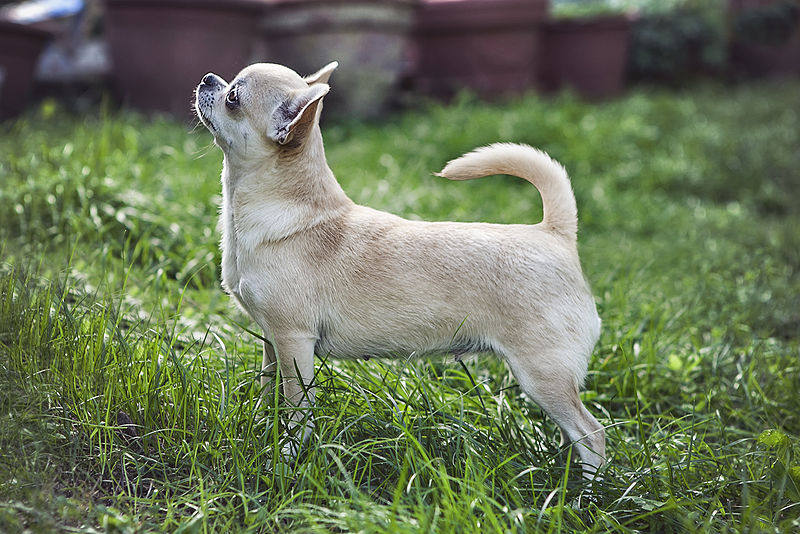 These dogs are very active and need regular exercises. Grooming is easy. Usually, Chihuahua is very loyal to its owner, although it accepts other family members. Therefore, early socialization is a must. Chihuahuas are not suitable for very small kids as they can be fragile.

Difference Between Pomeranian and Chihuahua

Pomeranian: Pomeranians originated from sled dogs in Iceland and Lapland.

Chihuahua: The origin of Chihuahua is not exactly known.

Pomeranian: They have a fluffy double coat consisting of a soft, dense undercoat and a long, straight outer coat.

Chihuahua: Chihuahua can have two coat types: smooth and longhaired.

Chihuahua: Chihuahua have a domed skull.

Pomeranian: The height at withers is 9-11 inches.

Chihuahua: The height at withers is 6-9 inches.