Home » Technology » IT » Difference Between Process and Thread

The main difference between process and thread is that process is a program in execution while a thread is a small execution unit in a process.

A program is a set of instructions to perform a certain task. A process is a program in execution. It is not a program but it is more than that. In other words, a program is a passive entity whereas a process is an active entity. When the program is executed, it becomes a process. On the other hand, a thread is a small execution unit that belongs to a process. Processes are heavyweight but threads are lightweight. Therefore, a single process is divided into multiple threads for efficiency. 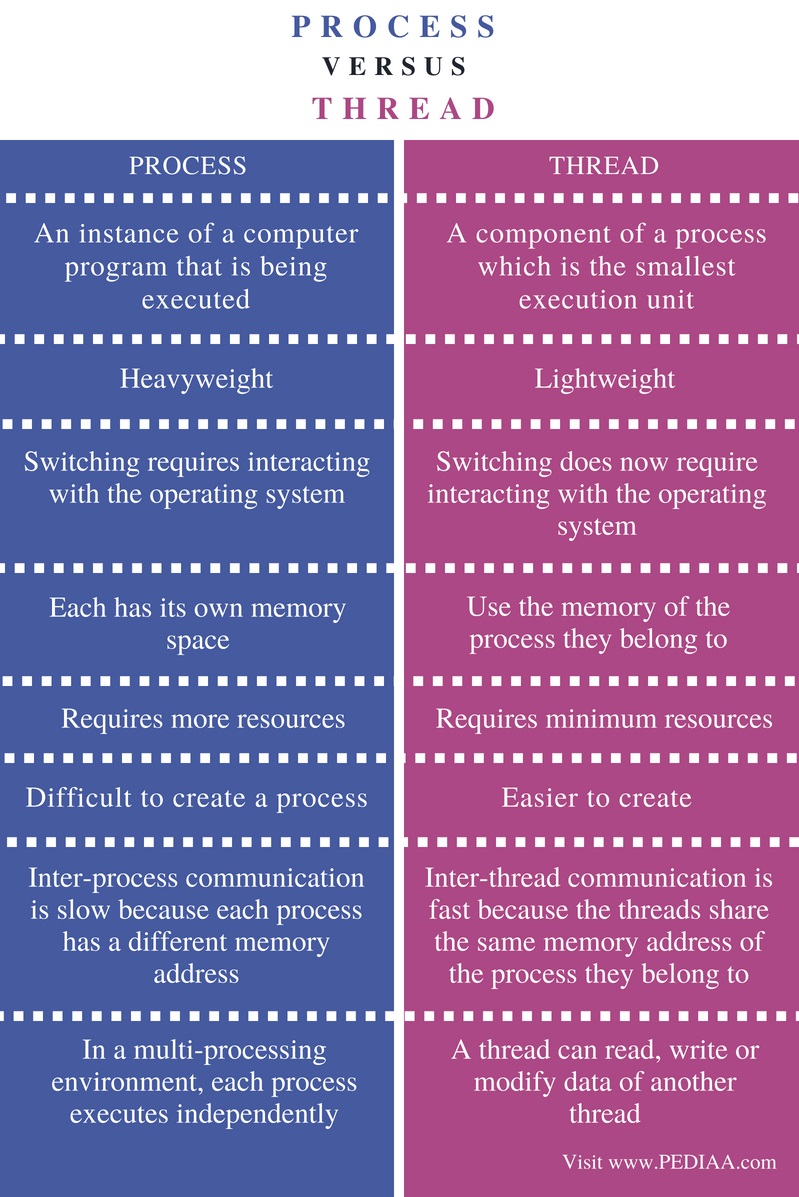 What is a Process?

A process is a program in execution. When the programmer writes a program and executes it, that program becomes a process. It performs the tasks according to the instructions of the program.

When a process loads to the memory, it further divides into four segments. They are the stack, heap, text and data.  The stacks store the temporary data such as function parameters and local variables. The heap dynamically allocates memory to a process at runtime. The text section contains the content of the processor registers and the value of the program counter. The data section contains the static and global variables.

A process goes through several states. They are as follows. 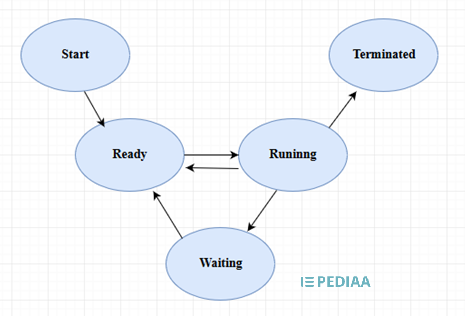 New – The process creates at the new state

Running – In the running state, the process is assigned to a processor and it executes the instructions.

Waiting – The waiting state reflects that the process is waiting for some event to occur; for example, waiting until a file is available or waiting until IO completion.

Terminating – The terminate state indicates that the process has finished execution. Now, it is possible to remove it from the main memory.

A thread is an execution unit and it contains program counter, stack and set of registers. It is a lightweight process. A thread cannot exist outside a process and each thread belongs to a process.  There are two types of threads: user threads and kernel threads. User threads are user managed threads while kernel threads are supported and managed by the kernel. 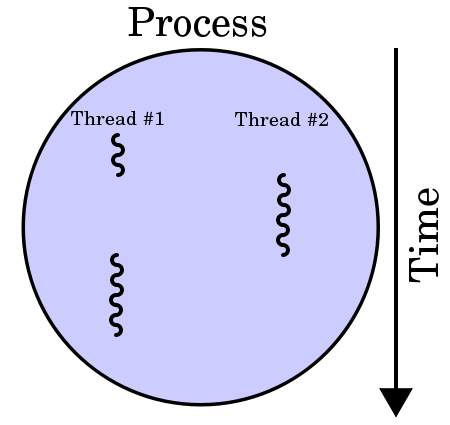 In a computer system, it is not effective to create processes for each task because it requires more resources. Therefore, a process is divided into multiple sub-processes and each sub-process executes a subtask. This sub-process is a single unit in the process and it is called a thread.  Dividing a process into multiple threads and these threads executing in parallel is called multithreading. Therefore, threads improve the application performance through parallelism.

Relationship Between Process and Thread

Difference Between Process and Thread

A process is an instance of a computer program that is being executed. A thread is a component of a process which is the smallest execution unit.

A process is heavyweight while a thread is lightweight.

In a multi-processing environment, each process executes independently. But a thread can read, write or modify data of another thread.

The difference between process and thread is that the process is a program in execution while the thread is a small execution unit in a process. Process creation is difficult but thread creation is economical. Furthermore, processes are resource intensive while threads require minimum resources.

1. “Multithreaded process” By I, Cburnett (CC BY-SA 3.0) via Commons Wikimedia