Who is a Protagonist

Protagonist is not always the narrator of the story. Protagonist’s story can be told from a different point of view.

Protagonist is not always good and admirable. He can be villainous wicked. Evil protagonists are known by the term, anti-hero.

A story can have more than one protagonist. This can be generally seen in novels written in multiple point of views.

Example: The Game of Thrones series by George RR Martin

Snow White is the protagonist in ‘Snow White and Seven Dwarfs’

Some notable protagonists in the  popular literature include Frodo in J.R.R Tolkien’s ‘Lord of the Rings’ trilogy, Harry Potter in J.K Rowling’s ‘Harry Potter’ series and Katniss Everdeen in Suzanne Collins’ ‘The  Hunger Games’ Trilogy.

Who is an  Antagonist

The wolf in Red Riding Hood, the wicked fairy in Sleeping Beauty, Captain Hook in Peter Pan are some popular antagonists or villains from children’s literature. 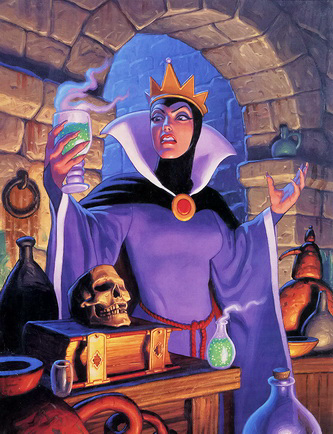 Evil Queen is the antagonist in ‘Snow White and Seven Dwarfs’

Difference Between Protagonist and Antagonist

A story is woven around the protagonist and his quest to achieve his goal.

Antagonist is the chief opposing force in the story.

Protagonists are portrayed as morally correct and upright characters.

Antagonists are portrayed as villains.

“Snow white disney” by Source. Licensed under Fair use via Wikipedia

“Evil Queen Grimhilde” by Source (WP:NFCC#4). Licensed under Fair use via Wikipedia