Pug and bulldog are very popular companions among dog lovers in many countries of the world. They are among the best pet dog breeds due to their lovable and playful behavior. These two dog breeds look very much alike due to their stout bodies and wrinkled faces. But a pug is smaller than a bulldog. The main difference between pug and bulldog is that pug has a round head whereas bulldog has a broad, square shaped head. 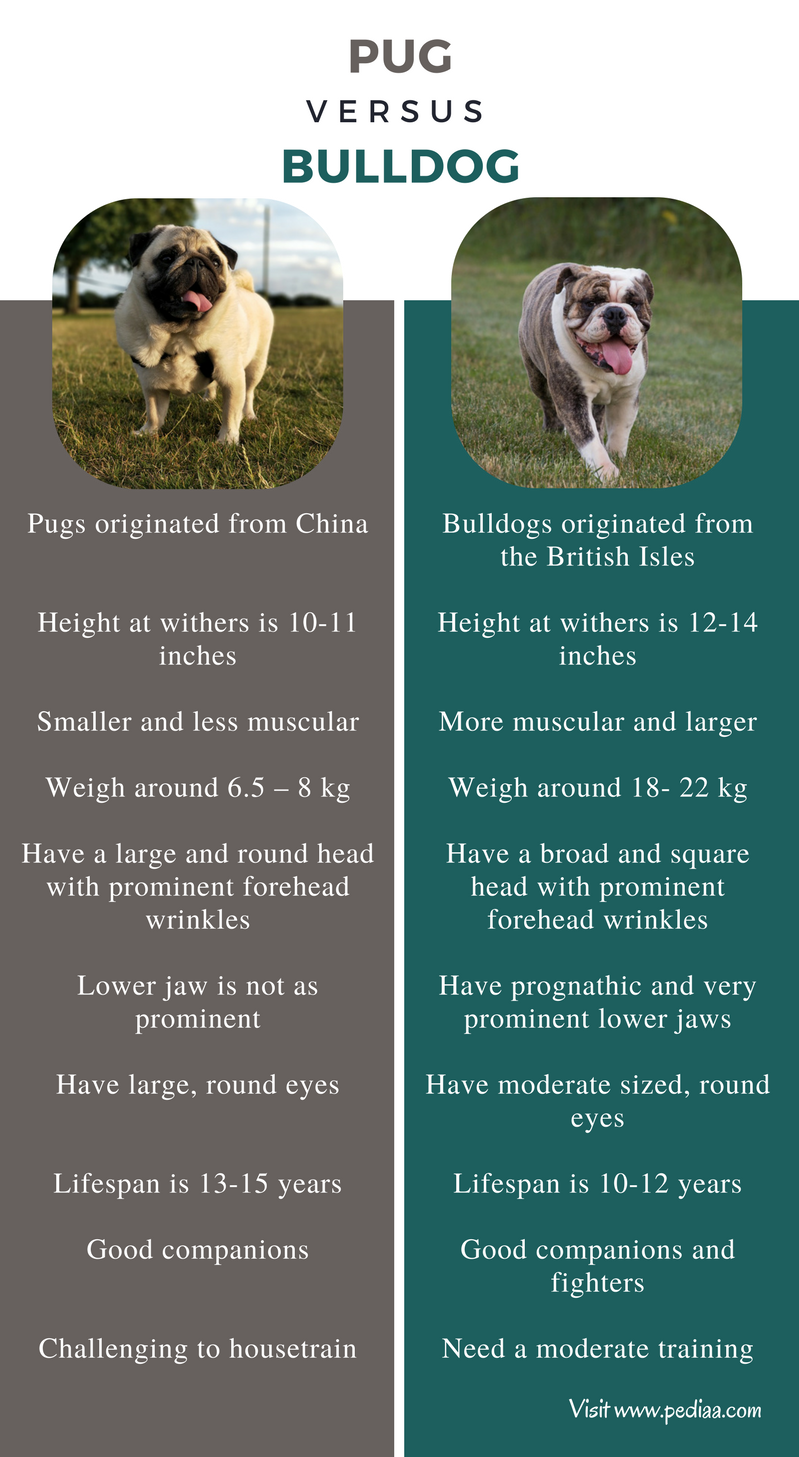 Pugs have very long history, going back to 400 BC. It is believed that they have been evolved from Tibetan Mastiff. Pugs were first registered by AKC in 1885. Unlike most other breeds, this breed was bred exclusively for companionship.

The height at withers is around 10-11”, while the weight is between 6.5 to 8 kgs. The coat is very fine, short, glossy and flat. It comes in various colors including fawn and apricot, silver, and black. Their lifespan is around 13-15 years. Pugs have stout, compact and heavily build body. The head is large and round with prominent forehead wrinkles. Eyes are dark, shallow and very large. The tail is curled and rests tightly over the hip joint. Their legs are straight and moderate in length. 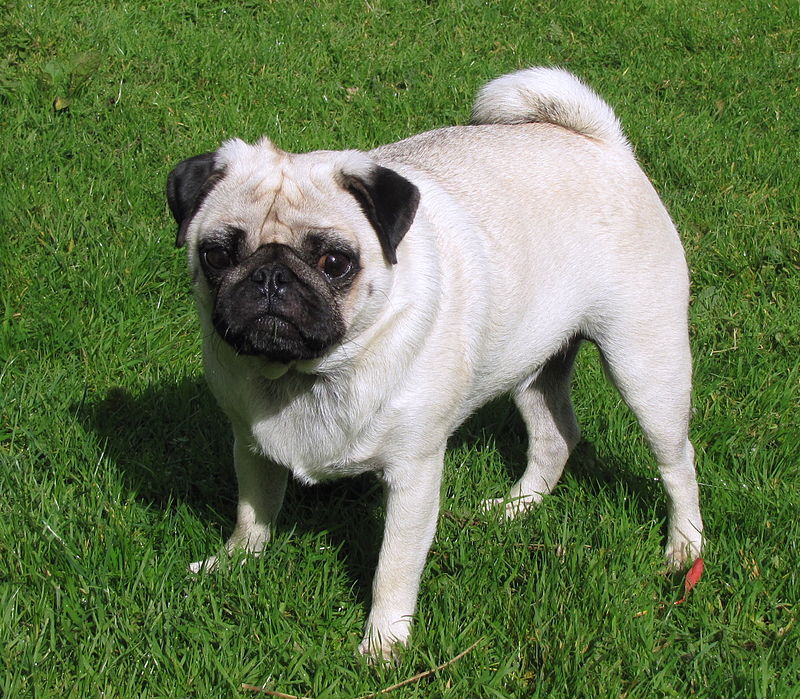 The early ancestors of bulldogs were created in the British Isles for the purpose bull baiting. The first standard bulldog breed was reported in 1964. This dog breed has become one of the most popular dog breeds that have built a good companionship with humans.

In general, their height at withers is 12-14”, while the weight is about 20 kgs. Their coat is flat, glossy and short. The hairs are fine, and they possess white, brindle, red, fawn and piebald coat colors. The longevity of bulldog is about 10-12 years. They have medium-sized bodies with massive heads. The head is broad and square. Their muscle is very short, and the nose is broad. The flews are large and overhang the lower jaws. Wrinkles are very prominent in the head and face. The lower jaw is prognathic and noticeable. The eyes are round, dark, front facing and moderate in size. The ears are wide, high set and thin-layered. The neck is short and muscular. The limbs are well muscular, stout and fairly straight. The elbow is broad and located away from the chest. 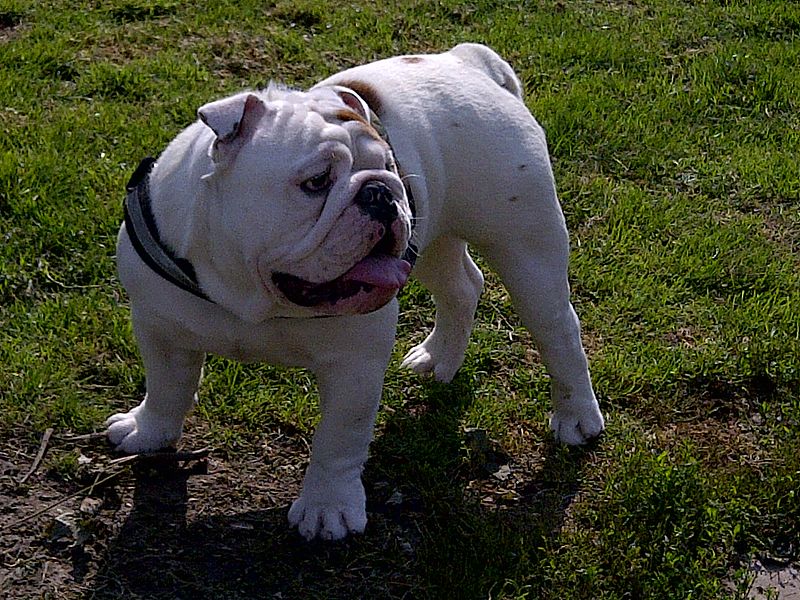 This dog breed is kind, gentle with family, children and other pets. Grooming bulldogs is easy and Low to moderate exercise is needed. Bulldogs do not like extreme temperatures; therefore, they are recommended as house dogs.

Difference Between Pug and Bulldog

Pug: Pugs are smaller and less muscular than Bulldogs

Bulldog: Bulldogs are more muscular and larger than pugs.

Pug: Pugs have a large and round head with prominent forehead wrinkles.

Bulldog: Bulldogs have a broad and square head with prominent forehead wrinkles.

Pug: The lower jaw is not as prominent as bulldogs’.

Pug: Pugs have large,  round eyes.

Pug: Coat colors include fawn and apricot, silver, and black.

Pug: It is a challenge to housetrain pugs.

Pugs and bulldogs are popular companion dogs with very similar appearance. However, the difference between pug and bulldog can be identified from some physical features. Pugs have rounded large heads with more wrinkles, whereas bulldogs have large square shaped heads. The lower jaw of bulldog is more prominent. Both dogs are very playful and lovable dog breeds.