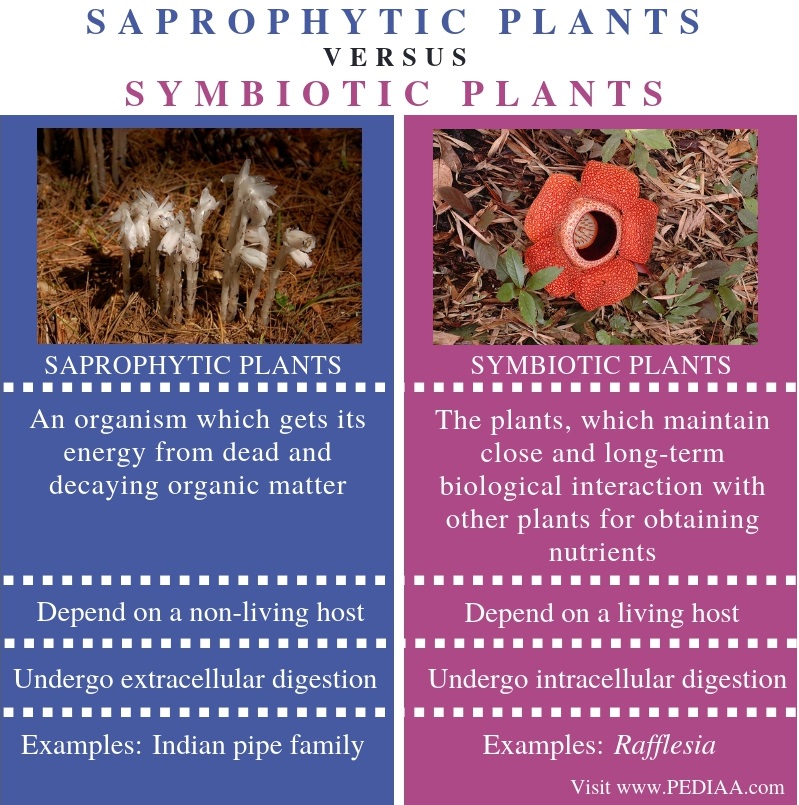 What are Saprophytic Plants 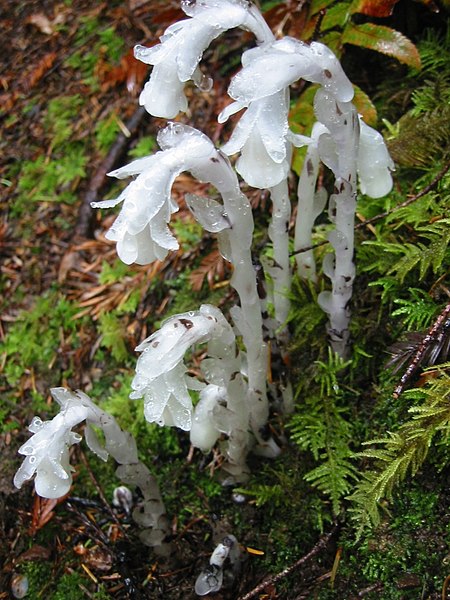 What are Symbiotic Plants

Symbiotic plants are the plants that depend on another plant for their nutrition. Generally, symbiosis is any type of close as well as a long-term biological interaction of two different organisms. However, there are three types of symbiotic relationships. They are mutualism, commensalism, and parasitism. Some common examples of mutualism in plants include vascular plants engaging in mutualistic interactions with mycorrhizae, flowering plants being pollinated by animals, and vascular plants being dispersed by animals. 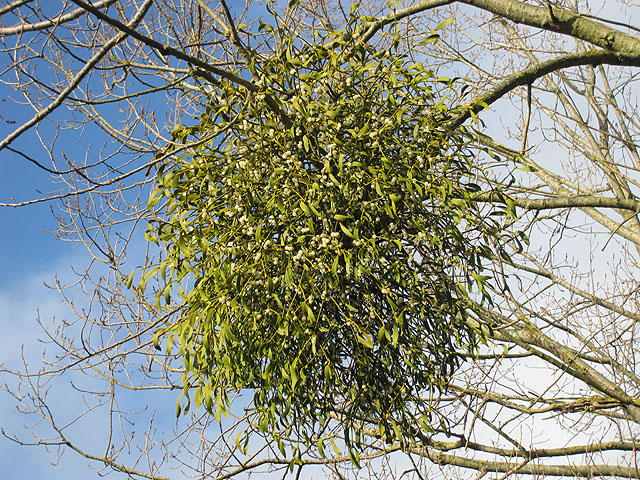 Moreover, epiphytes, which obtain substantial amounts of nutrients from the host plant, are an example of commensalistic plants. On the other hand, parasitic plants including  Striga or Rhinanthus are xylem-feeding plants while phloem-feeding plants include Cuscuta and Orobanche. Furthermore, they contain modified roots called haustoria, which connect to the conducting system of the host plant. Holoparasites are the parasitic plants, which completely depend on the host plant for its fixed carbon while hemiparasites are photosynthetic to some degree.

Similarities Between Saprophytic and Symbiotic Plants

Difference Between Saprophytic and Symbiotic Plants

Saprophytic plants refer to an organism which gets its energy from dead and decaying organic matter while symbiotic plants refer to the plants that maintain close and long-term biological interaction with other plants for obtaining nutrients.

Saprophytic plants are a type of plants that undergo extracellular digestion of organic matter followed by the absorption of nutrients through the cell wall. In contrast, symbiotic plants depend on a living host for obtaining their nutrients. However, their symbiotic relationship can be either parasitic, mutualistic or commensalistic.  Therefore, the main difference between saprotrophic and symbiotic plants is the mode of nutrition.