What is Tensile Stress

Tensile stress refers to cases when a deforming force, acting perpendicular to the surface of the object pull on the object, attempting to elongate it. In this sense, tensile stress is a type of normal stress, which is the term that refers to stresses created by forces perpendicular to an object’s surface. (The other type of normal stress is compressive stress, where a force acting perpendicular to a surface push in on the surface, attempting to shorten it. The difference between tension and compression is described in this article).

If the force perpendicular to the surface is given by

and the area of the surface is

) refers to the change in length  (

) as a fraction of the original length (

) describes how relatively difficult it is to stretch a given material. This quantity is defined as:

What is Shear Stress

Shear stress refers to cases where the deforming force is parallel to a surface. If the opposite surface is held stationary, then the deformation looks like the one in the figure shown below: 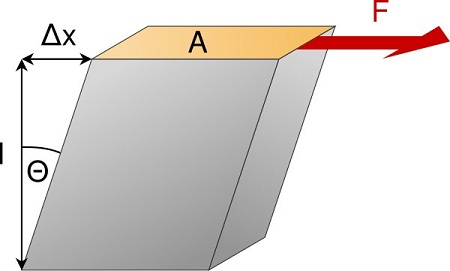 Shear stress from a force parallel to the surface.

is again defined as the ratio of the force to the area:

The definition for tensile stress and shear stress are similar; the difference is in the directions of forces. 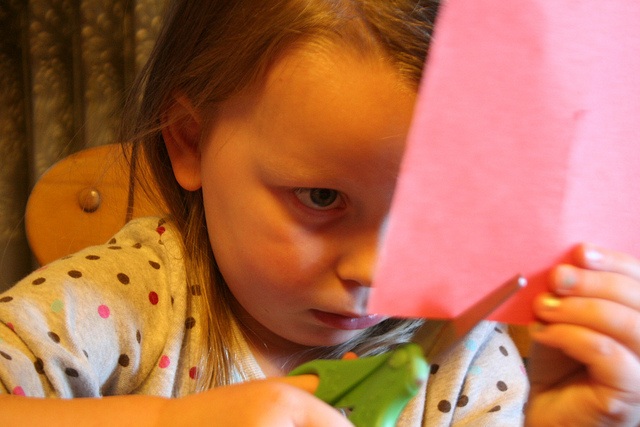 Forces causing tensile stress are at right angles to a surface.

Deformation of the Object

Shear stress causes one surface of an object to displace with respect to the surface opposite to it.

“The principle of shear is visualized. The specification are choosen to fit in the German Article.” by User:c.lingg (Own work) [Public Domain], via Wikimedia Commons