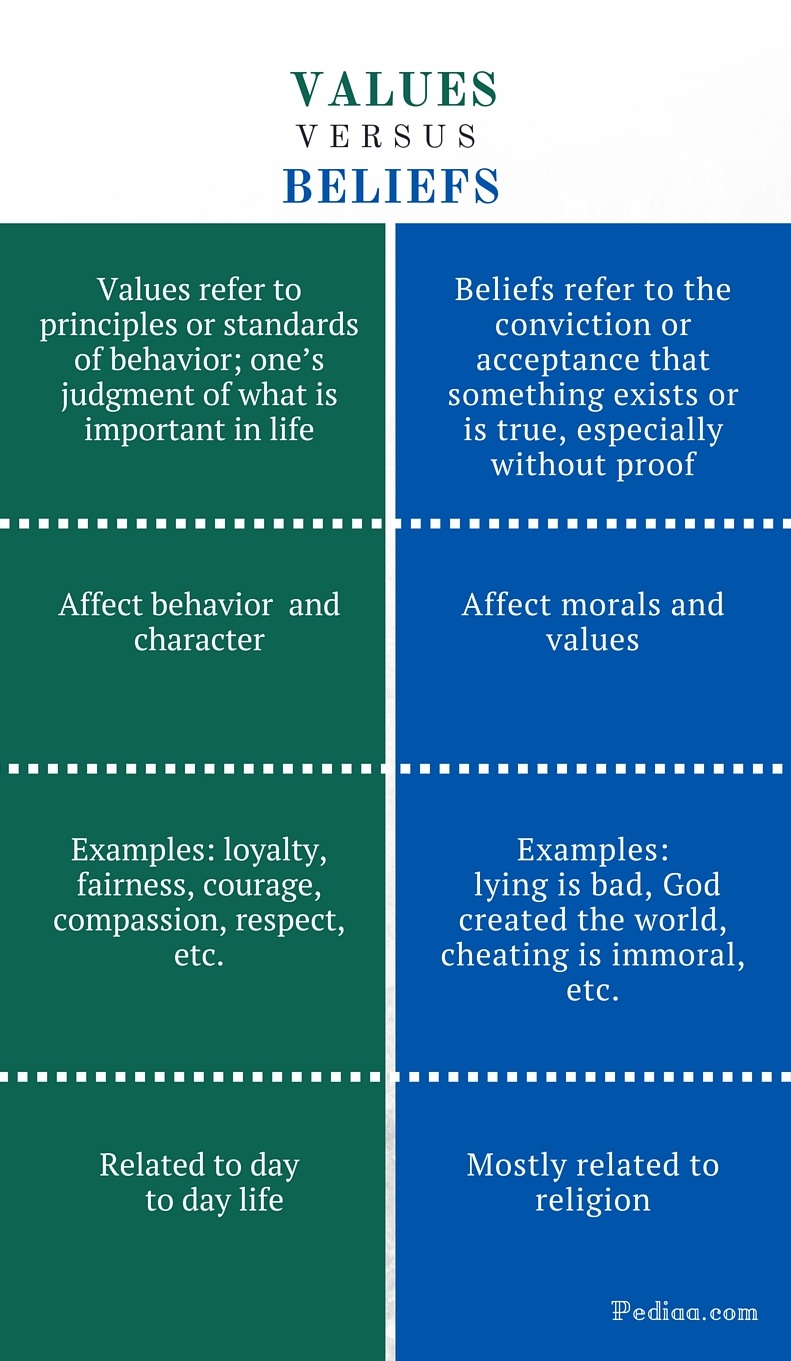 Values are principles or standards of behavior that is considered valuable or important.  Values shape an individual’s character and behavior; they are the basic foundation for a person’s personality, behavior, attitudes, and perceptions.  We always make decisions about right and wrong based on our values.

Each individual may have different values. Values can emerge from a combination of background, experiences, and an evolving sense of self. Values of a person can be influenced by various factors like religion, culture, and society. However,  it is possible for a person to change his values with the passage of time. An individual who has high moral values displays qualities such as honesty, integrity, courage, loyalty, respect, fairness, and compassion. 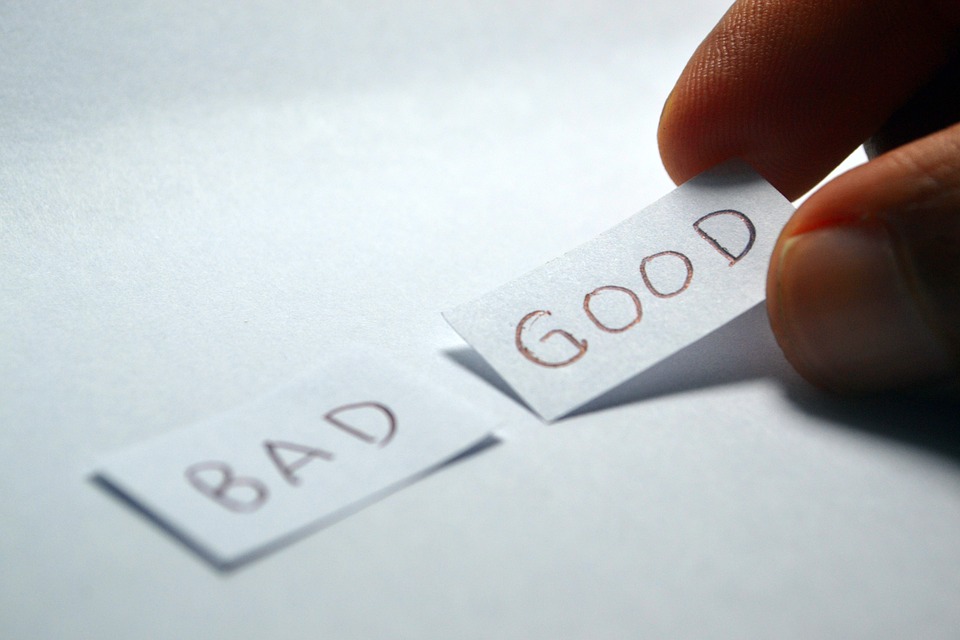 Belief is a conviction that we generally accept to be true, especially without actual evidence or proof. They are the assumptions we have about the world, and our values, attitudes, and behavior are greatly influenced by these beliefs. Beliefs grow from different sources; they can stem from what we see, hear, read and experience. On the other hand, they can also stem from what is taught. For example, religious beliefs do not stem naturally; they are usually taught from the childhood. In fact, most of our beliefs are related to culture and religion.

A belief is usually a generalization. For example, a person may believe that killing is bad or consuming alcohol is bad. But not every religion will support these beliefs.

Beliefs are often very strongly ingrained in us that they influence our behaviors, thoughts, and attitudes in very powerful ways. 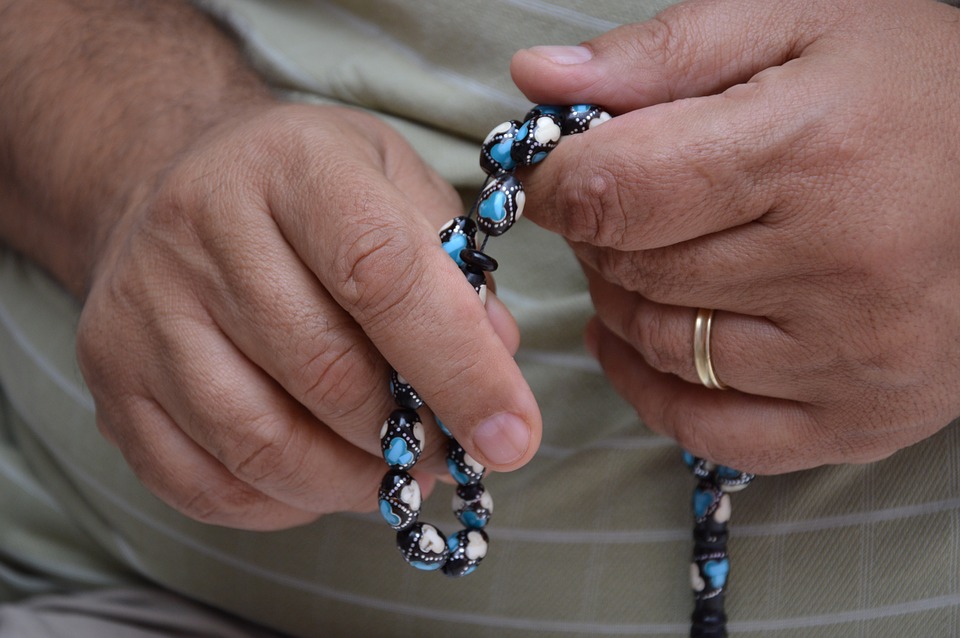 Difference Between Values and Beliefs

Values refer to principles or standards of behavior; one’s judgment of what is important in life.

Beliefs refer to the conviction or acceptance that something exists or is true, especially without proof.

Values affect our behavior and character.