Restriction enzymes are endonucleases that cut double-stranded DNA at the middle of the strand at specific sequences. They are used in a wide variety of genomic studies such as recombinant DNA technology, molecular cloning, restriction fragment polymorphism (RFLP) analysis, DNA mapping, etc. DNA fingerprinting is a technique in biotechnology used for the determination of the characteristics of DNA or the DNA profile of a particular organism. The DNA profile is generated based on a type of repeating elements known as short tandem repeats (STRs). During DNA fingerprinting, STR regions are digested with restriction enzymes to obtain a banding pattern called the DNA profile. 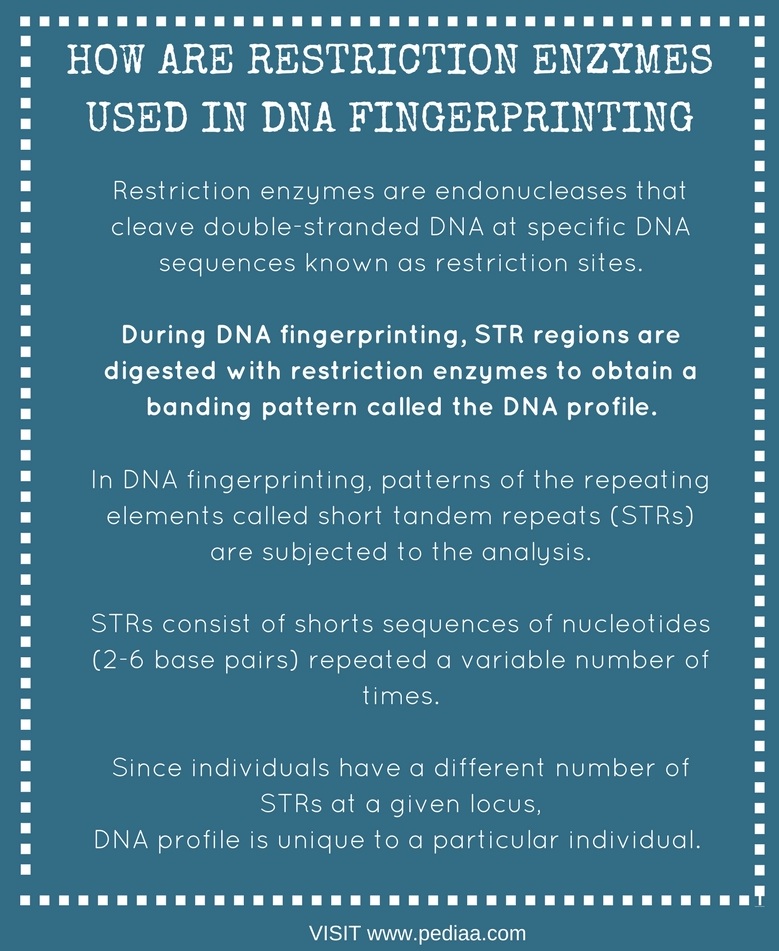 What are Restriction Enzymes

How are Restriction Enzymes Used in DNA Fingerprinting

In DNA fingerprinting, patterns of the repeating elements called short tandem repeats (STRs) are subjected to analysis. STRs are found in the centromeric regions of chromosomes, and they belong to the non-coding regions of the genome. Hence, STRs are a type of satellite DNA. Thus, shorts sequences of nucleotides (2-6 base pairs) are repeated a variable number of times in STRs. Since individuals have a different number of STRs at a given locus. Therefore, DNA profile is unique to a particular individual. In that sense, DNA fingerprinting can be used in the identification of individuals in paternity testing as well as in forensic investigations. The DNA fingerprinting technique was developed by Sir Alec Jeffreys in 1984. The procedure of DNA fingerprinting is described below.

Different banding patterns of STRs in several individuals are shown in figure 2. 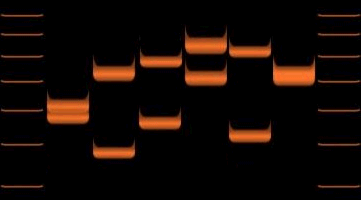