Chivalry is a moral, social and religious code of conduct that was followed by knights of the medieval age. This code often emphasized honor, courage, and service. This concept of chivalry arose in the Holy Roman Empire from the idealization of the cavalrymen – who were well known for their bravery, courage, and service to others. So the concept of chivalry first appeared in the middle ages during the military activities against non-Christians – Crusades.

Chivalry demanded that knights should honor, serve, and do nothing to displease women. Knights’ interactions with the ladies are also a part of courtly love.

Knights followed strict rules in the battlefield. The chivalric code of conduct applied to when and how a knight fought. For example, a knight fought only when it was necessary or by the king’s orders. Certain weapons and techniques were also considered not to be chivalrous according to this code.

A knight’s conduct towards his fellow countrymen was another main aspect of the code of conduct. Knights were always expected to respect and protect others. 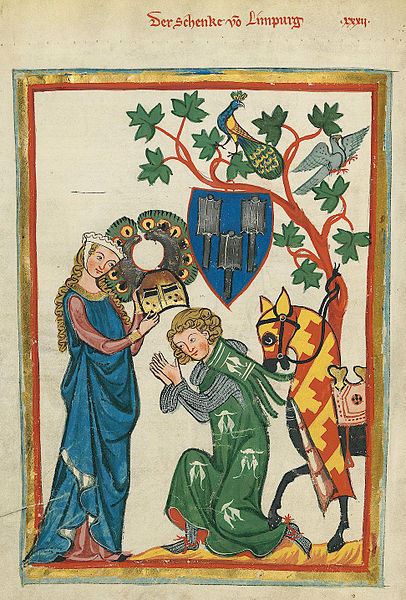 Léon Gautier, in his “La Chevalerie” attempts to provide a summary of the chivalry by creating the following ten commandments:

In sum, respecting, obeying and defending the Church, protecting and helping the country and countrymen, remaining loyal and faithful to the king, being brave and courageous and fighting against injustice are the duties and obligations of a medieval knight.

However, it should be noted that Gautier wrote this in 1883, several centuries after the age of chivalry.

How Did the Concept of Chivalry Influence Medieval Life

Although there is controversy about the actual existence of chivalry and the knights who followed this code of conduct, the notion of chivalry could have instilled a sense of security in the minds of common people.