The main difference between Vikings and Danes is that Vikings is a collective term that includes Danes, Norsemen, and Swedes. 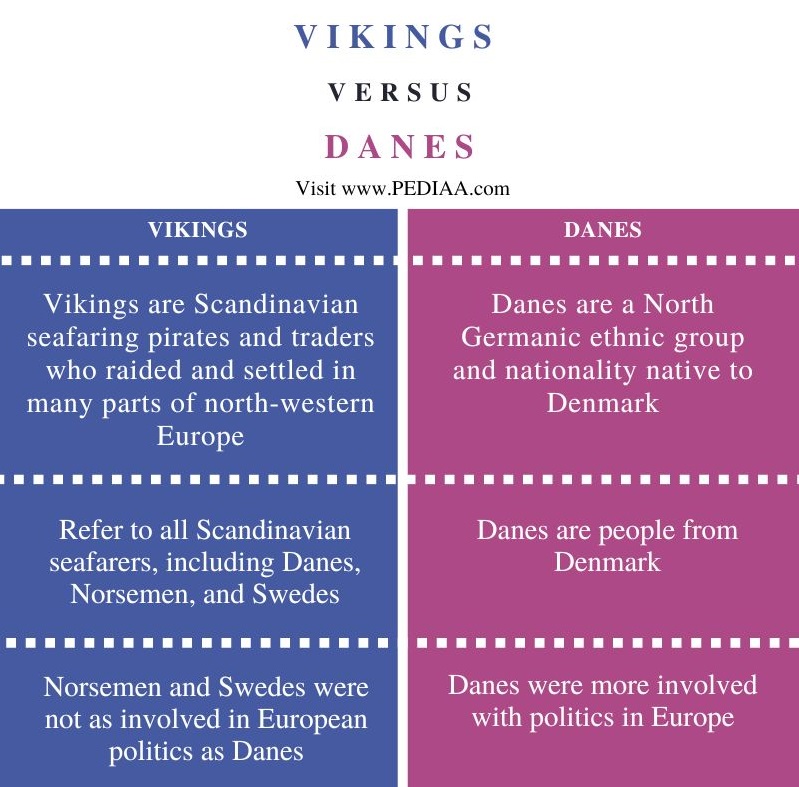 Vikings is the name we use to refer to seafaring people from Scandinavia (the region that includes  Denmark, Norway, and Sweden). The period in which Vikings raided and settled in countries is popularly known as the Viking Age. And, this age primarily lasted from the late 8th to late 11th century. Also, historians believe that Viking Age began with the raiding of the abbey on Lindisfarne in England on the 8th of  June, 793. It is because of these early raids that Vikings earned a notorious reputation as raiders and pirates. However, pirates were not just pirates or raiders were also explorers, voyaging as far as the Mediterranean, North Africa, the Middle East, and even North America. They also established trade routes in these areas. Furthermore, most believe this period ended with the Battle of Stamford Bridge on the 25th of September, 1066. 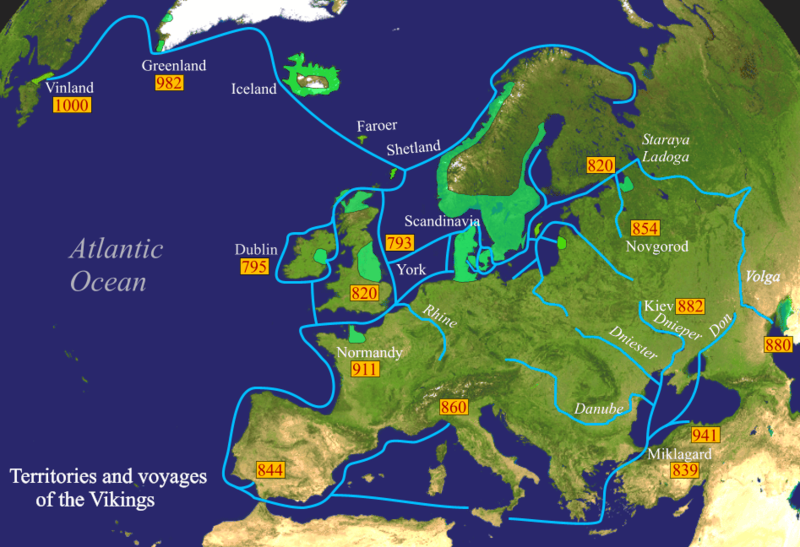 Vikings spoke the Old Norse language and made inscriptions in runes. Initially, they believed in the Norse religion, but later they turned into Christians. Most Vikings were also fishermen, farmers, craftsmen, and traders in their homelands. However, some of the things we know about Vikings are not actually facts. Among them, two common myths about Vikings are that they wore horned helmets and that they were filthy and unkempt.

We use the name Danes to refer to a North Germanic tribe that inhabited southern Scandinavia. Today, this region comprises Denmark proper and the Scanian provinces of southern Sweden. But, today, the word Danes simply refer to people from Denmark.

When considering history, Danes were the founders of the Kingdom of Denmark. They spoke Proto-Norse. But, by the beginning of the Viking Age, this language gradually evolved into the Old Norse language. Also, like other Vikings, they were believers in the Norse religion. 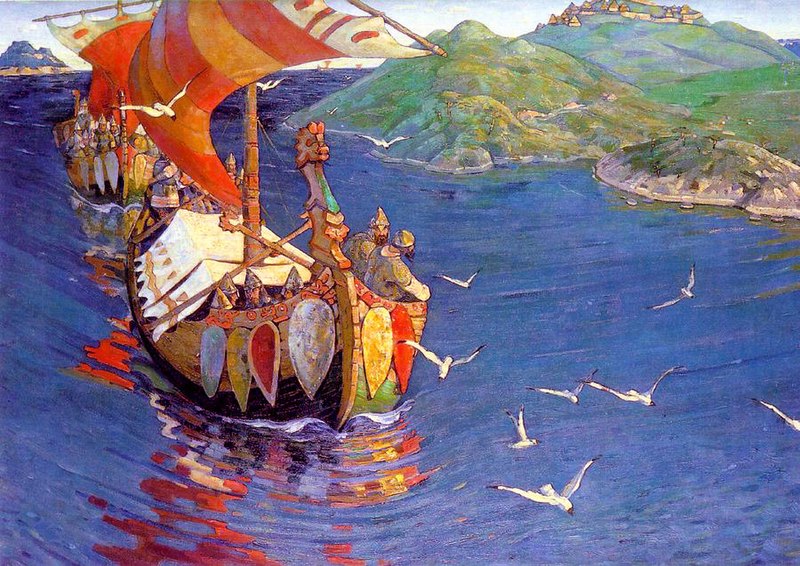 Most of the things we know about Vikings come from the analyses of Danes – knowledge about Viking culture, politics, etc. This is because chroniclers like Dudo, Saxo Grammaticus, Rimbert, and Notker focused extensively on the Danish people. Therefore, the information available on Viking Age is more about Danes than any other group. It’s also important to note that Danes were more involved with politics in Europe than Norwegians and Swedes.

Similarities Between Vikings and Danes

Difference Between Vikings and Danes

Vikings are Scandinavian seafaring pirates and traders who raided and settled in many parts of north-western Europe, while Danes are a North Germanic ethnic group and nationality native to Denmark.

Usage of the Name

Danes were more involved with politics in Europe than other Vikings, i.e., Norwegians and Swedes.

Generally, the name Viking refers to all seafaring people from Scandinavia, which include the regions of Denmark, Norway, and Sweden. In other words, Vikings is a collective term that includes Danes, Norsemen, and Swedes. Thus, this is the main difference between Vikings and Danes.

1. “Vikings History: An Overview of the Culture and History of the Viking Age.” History on the Net.
2. “Viking.” Wikipedia. Wikipedia Foundation.