Home » Nature » How is a Cyclone Formed

Before learning how is a cyclone formed, you must know that cyclones are low-pressure storm systems that are spinning and carry high-speed winds with water capable of causing destruction to property and lives. Those living in tropical areas know how warm weather with a gentle breeze can suddenly turn into a storm with torrential rains and forceful winds to wreak havoc over a large area near the coastline. This article attempts to find a simple explanation about the physics and the geographical conditions behind the formation of a cyclone.

How is a Cyclone Formed – Facts

Formation of cyclones is a process that is termed as Tropical Cyclone Genesis. Cyclones can gain in strength and speed to become ferocious to cause large-scale devastation of property. Tropical cyclones are variously called as typhoons and hurricanes in different countries. These cyclones are formed over places in the oceans near the equator, where water is warmer. Moist air laden with water rises upwards from the surface of these oceans to leave behind an area of low air pressure. Air from the surrounding areas of high air pressure rushes in quickly to fill this gap left behind by leaving warm air. 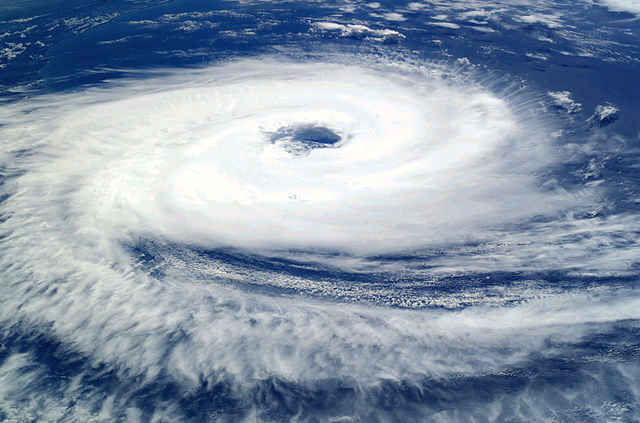 An area of low air pressure is formed

The warm and moist air that rises from the surface of the ocean forms clouds that continue to spin and expand in size. These clouds are continuously fed by more hot air from the surface to add to their energy levels. Warm air is buoyant as it is lighter. It transfers its energy to the cloud system. This system of clouds rotates at a ferocious speed, creating an eye in its center. Surprisingly, this is a place that remains calm because of low air pressure in the middle. This cyclone becomes a tropical storm when the speeds of the winds created by it reach 39mph. This storm is referred to as a tropical cyclone or a hurricane when it gains a speed of 119mph. These hurricanes lose their momentum by the time they hit the coastal areas as they are not being fed with the energy of warmer ocean waters. However, many severe hurricanes have the capability to cause widespread destruction on land because of the torrential rains they bring and the fast moving winds that accompany them.

Occurrence of cyclones has increased a lot in recent times

In recent times, the occurrence of tropical cyclones with great strengths has increased much more than what it was a century ago. This is because of events like global warming, climate change, La Nina, and El Nino. These events have the potential to change the direction and temperature of the wind currents blowing over the surface of the ocean waters. This is the reason the population that lives in tropical regions along the coastlines remains exposed to the dangers of these natural disasters. There are many scales used to classify tropical cyclones into various categories, but one scale that is most commonly used is Saffir-Simpson scale.