The relationship between pressure and temperature of a gas is stated by Gay-Lussac’s pressure temperature law. This law states that the pressure (P) of a fixed mass of gas held at a constant volume is directionally proportional to its Kelvin temperature (T). Therefore, as the pressure of a particular system goes up, the temperature of that system also goes up, and vice versa. Gas laws describe the behavior of gases with respect to the pressure, volume, temperature, and amount. Gases are one of the states of matter, either compressed very tightly or expanded to fill a large space. 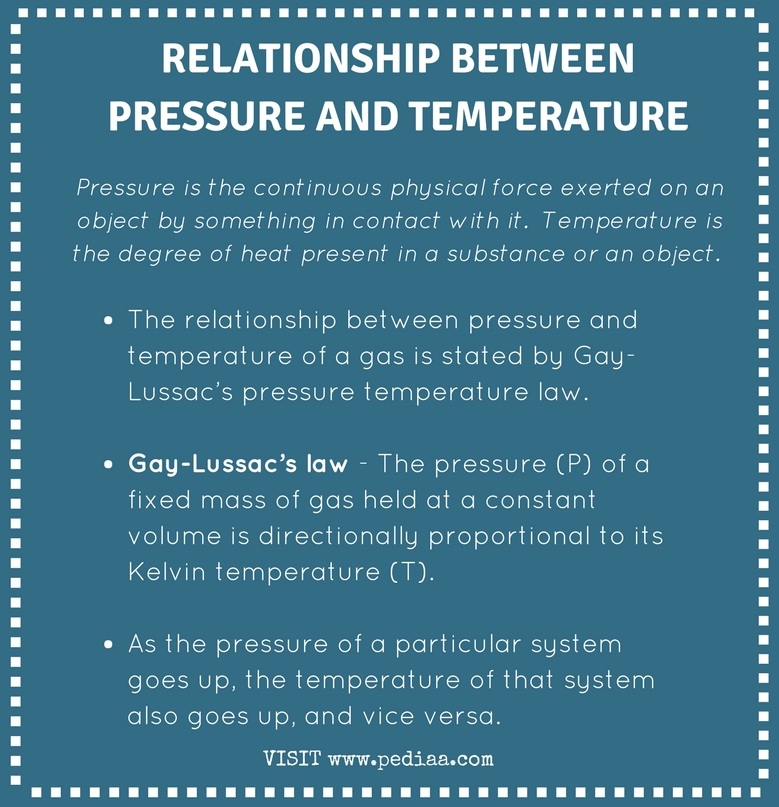 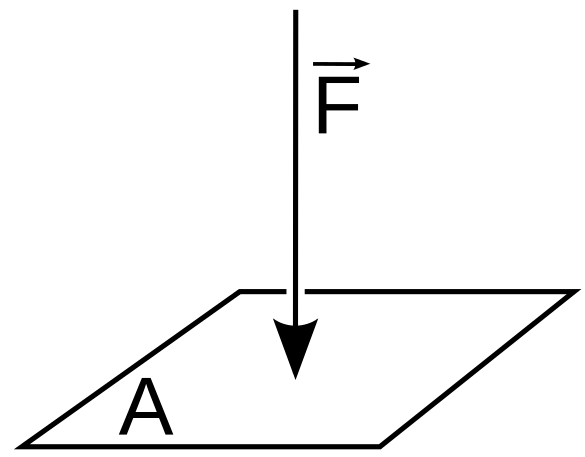 The atmospheric pressure is created by the weight of air above us. At sea level, it is 105 Pa.

Temperature is the degree of heat present in a substance or an object. It represents internal energy contained within a particular system. Temperature can be measured with a thermometer, which is calibrated in various units of measurement. Celsius scale is the most widely used scale for measuring temperature, which is denoted in °C. The unit of temperature based on the International System of Units (SI) is the Kelvin (K). A thermometer is shown in figure 2. 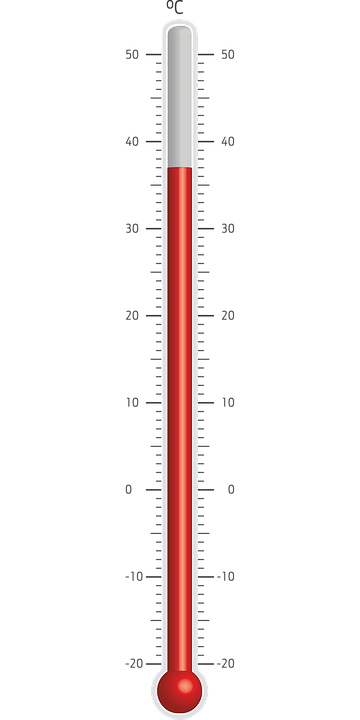 At the coldest theoretical temperature, which is absolute zero, the thermal motion of particles in a matter is minimum. The absolute zero is 0 K, and it is -273.14 °C.

What is the Relationship Between Pressure and Temperature

The relationship between pressure and temperature is described with respect to gases. Gay-Lussac’s law is the gas law that describes the pressure-temperature relationship. It states that, at a constant volume, the pressure of a given amount of a particular gas is directly proportional to its Kelvin temperature. It can be written as: 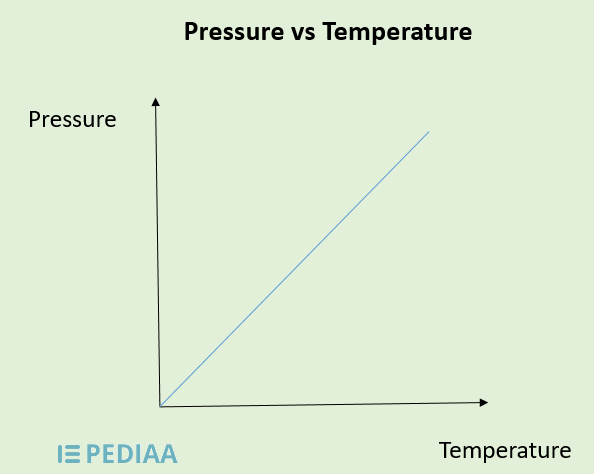 Figure 3: Relationship Between Pressure and Temperature