What is Subject Verb Agreement 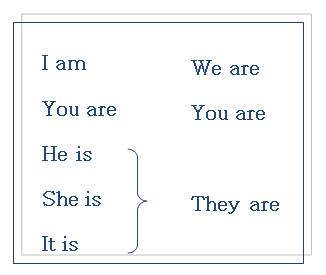 When the subject is made of two or more nouns or pronouns, and is connected by and, the verb is plural.

The man and the woman were looking at the baby.

He and his friends know the answer.

When the two subjects joined by and refer to the same noun, the verb is singular.

This bed and breakfast was owned by a retired teacher.

Rice and curry is his favorite food.

When two singular subjects are connected by or, either/or, or neither/nor the verb is singular.

Neither Adam nor his wife answered the phone.

Your boss or his secretary will show you the ropes.

When the compound subject contains both a singular and a plural noun joined by or or nor, the verb agrees with the part of the subject that is closer the verb.

My sisters or my mother is going to make me a dress.

My mother or my sisters are going to make me a dress.

The words and phrases between the subject and verb have no effect on the agreement.

My aunt, who lives in Connecticut, invited me to her wedding.

Indefinite pronouns each one, everyone, everybody, anybody, anyone, nobody, somebody, someone, and no one should be used with singular verbs.

Nobody knows the correct answer.

When the subject is a unit of measurement, time or money, the verb tends to be singular.

Twenty years is a long time.

Five miles is not a long distance.

Ten dollars is a lot of money.

When a sentence begins with a ‘there is’ or ‘there are,’ the subject follows the verb. The verb should always agree with this subject.

There is a question.

There are twenty students in my class.

Collective nouns (group, team, pack, herd, etc.) often take a singular verb since they are considered as a single unit.

Your group is going to fail the assignment.

Their family is very conservative.

If each, every or no comes before the subject, the verb is singular.

No fighting is allowed.

Every child has a right to education.

The main verb of a sentence must always agree with the noun in that sentence. The basic rule of subject verb agreement is that verb and subject must always agree in number; when the subject is singular, the verb must be singular and when the subject is plural, the verb must be plural. In addition, there are some rules that must be adhered to in subject verb agreement.

The verb must be singular when,