A phoneme is the smallest unit of language that conveys meaning. When phonemes are combined, we can make words. Phonemes can be introduced as the basic speech sounds in a language. Both vowels and consonants are included in phonemes. Phonemes are generally written between slashes

A phoneme doesn’t have an inherent meaning by itself, but when joined in a word, they can bring meaning. For example, the difference between rip and nip is an exchange of the phoneme /r/ for phoneme /n/. Two words that differ in meaning through a contrast of a single phoneme are called a minimal pair. Examples of minimal pairs include tear-fear, pie-die, cat-can, kill-kiss, pen-pan, etc.

There are about 40 phonemes in the Standard English language. Since there are only 26 letters in the alphabet, letter combinations are sometimes used to represent phonemes.

Likewise, the same phoneme can be sometimes represented by different letters. For example, observe the pronunciation of the letter a in the following words:

The two terms allophones and phones are related and always used in relation to phonemes; therefore, it is important to know the meaning of these two words.

Allophones refer to a one of a set of multiple possible spoken sounds or signs used to pronounce a single phoneme in a particular language. This implies that a phoneme can have more than one sound. Phones refer to the smallest discrete segment of sound in a stream of speech.

Given below are charts of IPA consonants and vowels, respectively. 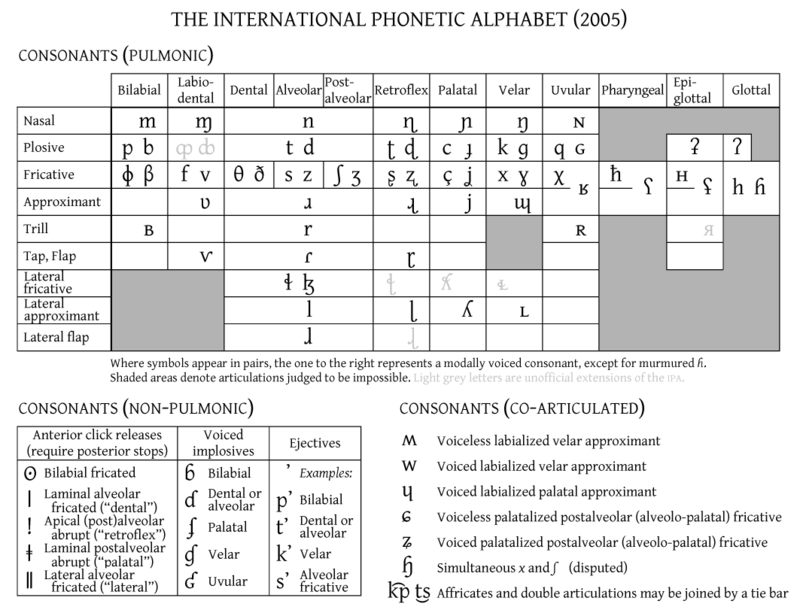