Home » Travel & Tourism » What is Monorail and Metro Rail

As monorail and metro rail are being two popular forms of transport in the world today, knowing what is monorail and metro rail and the difference between them are gaining interest among the public. Transport is an important part in a human being’s life. As a result of its importance, the society has implemented various modes of public transport that people can use when going about their day to day life. Among buses and trains of everyday life, new technology has also introduced metro rails and monorails for the greater convenience of the public. However, how are they different from each other really?

What is a Monorail?

Monorail can be described as a railway or vehicles travelling on such a railway of which the track consists of a single rail. It is typically elevated, but they can also run at grade, below grade or in subway tunnels. The term monorail can also be used to refer to any people mover that travels along such a railway. Monorails are mostly used in airport transfers and medium capacity metros. Vehicles travelling along such rails are wider than the guide way and either straddle the narrow way or are suspended from it. They are quite similar to light rail vehicles and can be either staffed or unstaffed.

Monorails are often separated from traffic and pedestrians. They do not use pantographs and are both supported and guided via interaction with the same single beam. They can be articulated single units, individual rigid vehicles or multiple units coupled into trains. Monorail passengers are treated to sunlight and a view when taking the monorail while the ability to see familiar landmarks may give them an idea about where they are at all times. 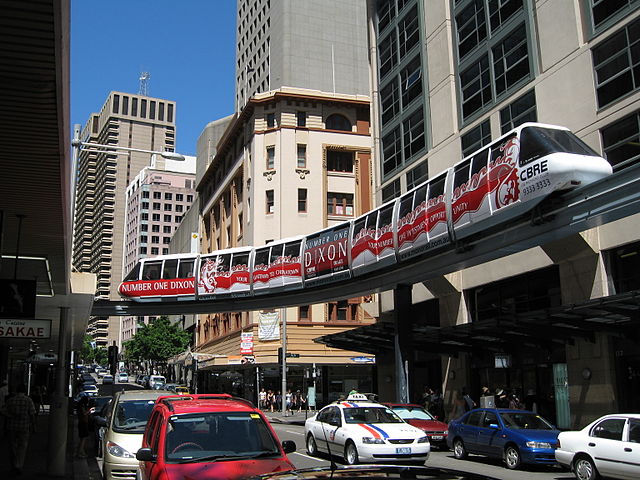 What is Metro Rail?

Metro rail, also known as rapid transit is a high capacity method of public transport that is mostly in use in urban areas. Metro rail is grade separated in elevated railways or tunnels away from regular traffic and operates on an exclusive right of way. Although some metro rails use guided rubber tires, magnetic levitation, or monorail, most modern metro rails are provided on designated lines between stations typically using electric multiple units on the rail track. They are the most effective method of quickly transporting large numbers of people within short distances and remain unchallenged so up to date.

The world’s largest metro train system by number of stations and length of routes is the New York City Subway with 468 stops along it. However, the busiest metro systems can be named as the Seoul Metropolitan Subway, Tokyo subway system and the Moscow Metro.

Is there any difference between Monorail and Metro Rail?

Monorail and metro rail are two popular forms of transport in the world today. They are both railways and are capable of transporting large numbers of people at once. However, they are different from one another.

• In terms of capacity, metro rail can carry thousands of people whereas monorail is much smaller with the capacity of about 700.

• Metro rail is much faster than the monorail.

• Monorails can travel even in short, congested streets whereas Metro Rail is not able to travel in overcrowded, busy streets.

• Monorail consumes minimal space as a result of its smaller size.