Public authorities, namely the local authorities or government departments exercise certain powers to serve the public as authorized by the state. The body of the law that governs such exercise of powers by public authorities is known as the Public law. Public law is different from private law, which governs relationships among individuals. If a resolution made by a public body acting in its capacity is unlawful, or if the decision-making procedure is discriminating, it can be challenged by using an accepted grievances/complaints process, or by judicial review.

What is a Public Body

Since various functions of the government are carried out by different organizations, it is important for us to identify if a body falls under the definition of “public body.” Generally, Public law principles would be applicable, if it were approved as a public body by an Act of Parliament or if it functions as a public body. If any public body engages in an act under a private capacity, that particular act would be governed by the private law  and, not public law.

Generally, a large number of people are affected by the decision of a public body at some point. For instance, pension applicants, asylum seekers, disabled persons, patients, prisoners, school children and their parents, etc. obtain some services provided by the government. Thus our lives, when interacting with the government or any of its delegated authorities are governed by public law.

Public law is concerned with the relationship between the state and individuals, and unlike private law, it doesn’t remedy issues arising between private individuals or bodies. This mainly focuses on the separation of power within the state. To state simply, the public law seeks to regulate the abuse of the sovereign power.

The public power is generally exercised through constitutions of nations and other legislative enactments. However, the power might also be exercised through conventions rather than written law; for example, the UK has a written constitution. Here, it could be understood that the public authority is exercised through conventions, statutes, and agreements of the country. Public law is imperative as a result of the unequal relationship between the government and the public. The government is the only body that can make decisions on the rights and privileges of the people and how they must act within the law. And when a public body seems to have violated such rights and privileges while performing their functions in the capacity of a public body, a citizen can resort to the mechanism of judicial review if he/she is not satisfied with the decisions an authoritative body. 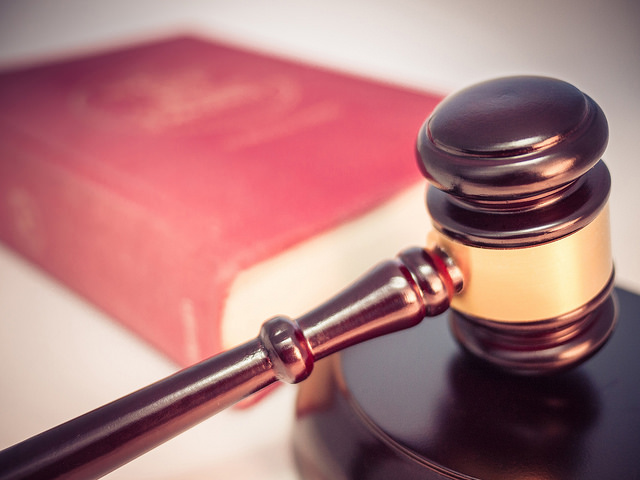 Public law comprises of those fields or branches of law in which the state has an immediate interest as the sovereign. This is related to the Constitution and functions of the branches of the government, local authorities, how it functions and interacts with each other, while it also governs the relationship of such organs with its citizens. Thus, public law asserts the states’ sovereignty and has to mainly deal with the relationship between the state and its citizens. This incorporates some specialist areas of law such as:

Constitutional law is concerned with the constitution of the country. It encompasses areas such as the head of the state, the structure of the government, the branches of the governance, the framework  and processes of the parliament, the division between public and private law, the operation of the central and local government, citizenship and the civil liberties of its citizens etc.

The functions of the government and the role it plays in its citizens and state have enormously increased during the past few centuries. For instance, government offices engage in the arrangement of a retirement or pension schemes, revenue sustenance and child benefits. An extensive number of conflicts emerge from the administration of these systems. The administrative law has been created to manage the conflicts of people against the decisions of such administering authorities.

Certain wrongdoings pose a serious threat to the order of the society, and such wrongdoings would be considered as violations/crimes against the society. The criminal law makes such hostile social-conduct an offense against the state and guilty/offenders are penalized. The state is in charge of recognition, prosecution, and punishment of the guilty.

The above areas of public law can be further elaborated as follows. The constitutional law governs the primary organs of the government while the administrative branch governs the agencies which use regulatory powers over the state.  Thus, public law can be labeled as the portion of the law that is concerned with the powers, rights, duties, capacities and incapacities of government and its delegated authority.

How do Public Bodies Derive their Legal Authority

Generally, bodies and authorities derive their power to make decisions, and for action or inaction of them from the Acts of the Parliament. These are often called statutory powers and obligations, and can be found under one or more of the below-listed sources,

What are Public Wrongs

Public authorities need to act according to the public law principles. This implies that they have to follow some of the few principles.

This issue is about different grievances of individuals influenced by the government exercising statutory authority. The courts have created standards of administrative law for public bodies to avert misuse or abuse of power. Discretionary powers are not absolute but are liable to standards of reason and equity. Nevertheless, public authorities often act unlawfully.

One of the most common remedies available under the public law is the judicial review, where the judges appraise the legality of the actions and resolutions of public bodies. It is likewise feasible to indirectly challenge the legality of administrative acts and decisions collateral damages in defense to civil or criminal proceedings.

In addition, other methods of settling grievances include appeals, inquiries, private law actions, internal complaints procedures and the Parliamentary Commissioner for Administration/Ombudsman. The courts would review the issues presented before under various topics such as illegality, irrationality or unreasonableness, procedural impropriety, and breach of a legitimate expectation of a substantive outcome.