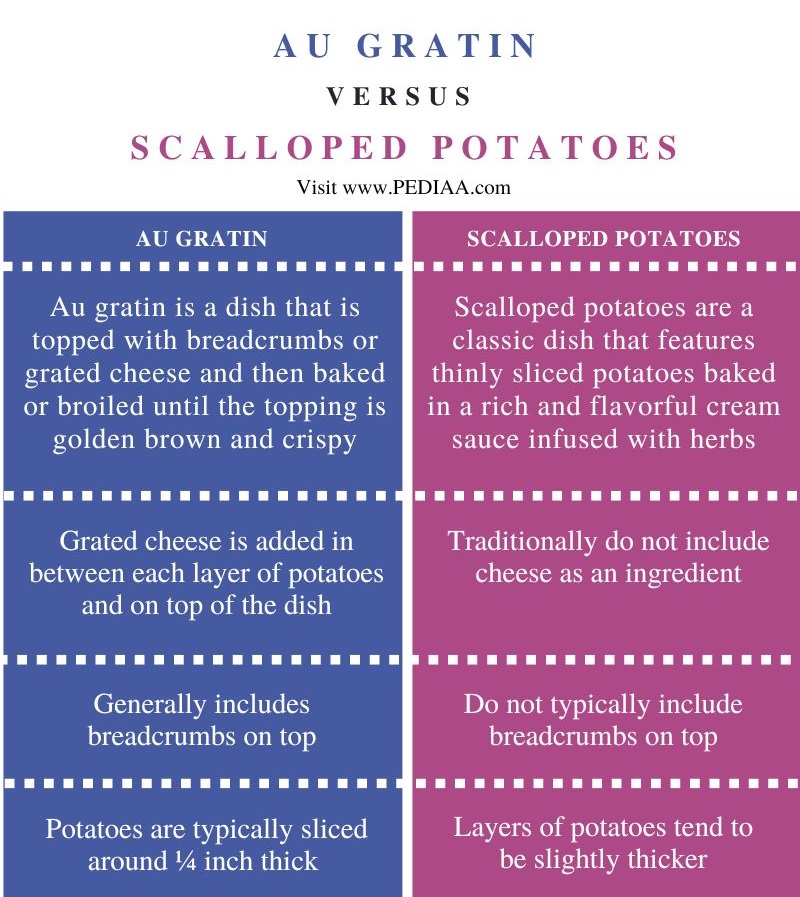 What is Au Gratin

Au gratin is a dish that is topped with breadcrumbs or grated cheese and then baked or broiled until the topping is golden brown and crispy. We usually make this recipe with potatoes (potato au gratin), but it can also include other vegetables or proteins. The term “au gratin” is French and translates to “with gratings,” referring to the grated cheese or breadcrumbs on top. 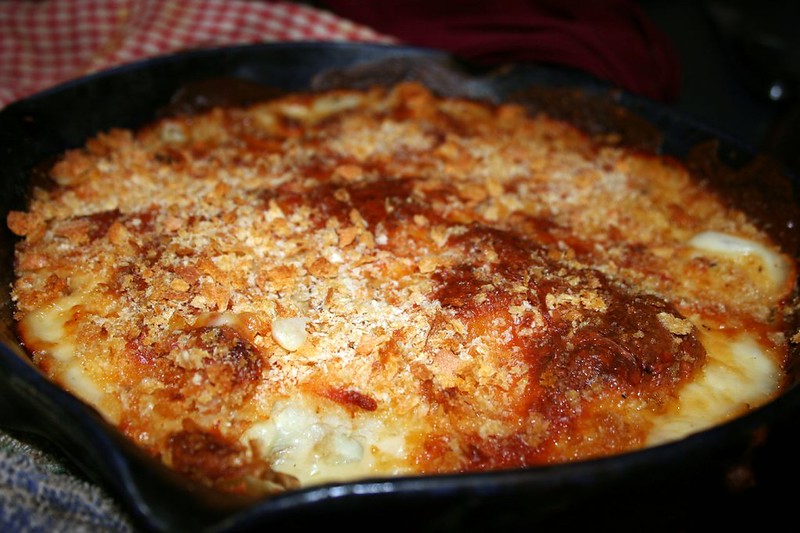 You can easily make au gratin at home. To make potato au gratin, first, preheat your oven to 375 degrees F (190 degrees C). Then in a large pot, bring the cream or milk, garlic, salt, and pepper to a simmer. Next, add the potatoes and cook until they are tender but not falling apart, about 8-10 minutes. Once you drain the potatoes, reserve the cream mixture. Spread half the potatoes in a baking dish. Dot with butter and sprinkle with half the cheese and half the breadcrumbs. Repeat the layering with the remaining potatoes, butter, cheese, and breadcrumbs. Now pour the reserved cream mixture over the top. Bake in the preheated oven for 30-40 minutes or until the top is golden brown and crispy. This recipe is for basic au gratin potatoes; you can also add different ingredients like onion, bacon, and different types of cheese.

What are Scalloped Potatoes

Scalloped potatoes are a classic dish that features thinly sliced potatoes baked in a rich and flavorful cream sauce infused with herbs. The name “scalloped” refers to the way the potatoes are sliced and layered, which resembles the scallops of a clam shell. Unlike au gratin potatoes, traditional scalloped potatoes do not contain cheese, with the focus being on the delicate and creamy taste of the potatoes cooked in the herb-infused cream sauce. The dish also does not typically include breadcrumbs on top. 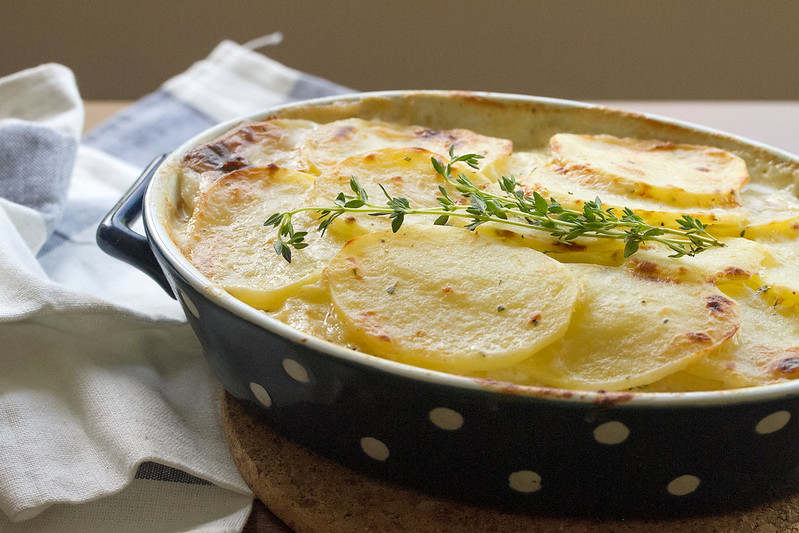 We usually make this dish with russet or Yukon gold potatoes, which bake well and absorb the cream nicely; however, some variations include sweet potatoes. Scalloped potatoes are typically served as a side dish, especially with pork chops or ham, and are a popular Easter dish in North America.

Au gratin is a dish that is topped with breadcrumbs or grated cheese and then baked or broiled until the topping is golden brown and crispy, whereas scalloped potatoes are a classic dish that features thinly sliced potatoes baked in a rich and flavorful cream sauce infused with herbs.

In scalloped potato dishes, the layers of potatoes tend to be slightly thicker than those used in au gratin potatoes. The potatoes in au gratin dishes are typically sliced around ¼ inch thick to allow the cheese and cream to penetrate and evenly coat the potatoes.

1. Jenn Segal. “Potatoes Au Gratin.” Once Upon a Chef.