Home » Education » What is the Difference Between Bibliography and Works Cited

The main difference between bibliography and works cited is that the bibliography includes all the literature referred or consulted for the scholarly work while the works cited include only the cited work in the academic paper.

Academic writing should be done after a good analysis and research on the facts or information. This information is therefore backed up with citations and references to external sources or literature that assists to prove these facts with substantial evidence. They ensure the accuracy and provide evidence to a presented fact. Therefore, in order to avoid plagiarism, these cited and referred sources have to be clearly presented in a standard manner. Bibliography and works cited are two such ways of doing that. 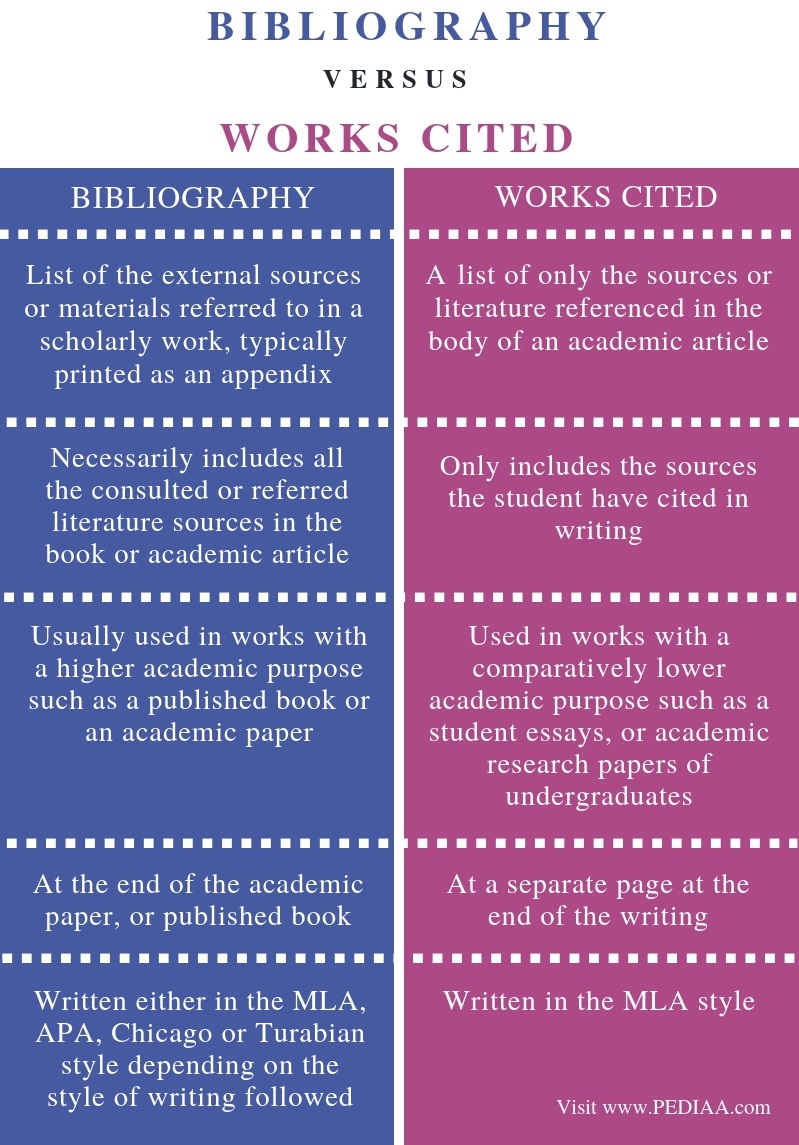 What is a Bibliography

Bibliography refers to the list of books or other articles referred to or cited in the academic paper or document. You can usually find this list at the end of the book or academic article, typically as an appendix.

Thus, bibliography essentially lists out all external literature referred or consulted to in the scholarly work. The bibliography is necessarily in academic or scholarly writing such as a published book, or an academic article, and not merely in a simple essay paper or even a research paper of an undergraduate.

Moreover, the lists of sources presented in the bibliography maybe the sources one has just consulted or referred while preparing the scholarly article or the book without necessarily citing them inside it.

Thus, a bibliography can include the list of books, scholarly articles, speeches, private records, diaries, interviews, laws, letters, websites, and other sources used or referred when researching a topic and writing a paper.

Components in  a Bibliography Entries 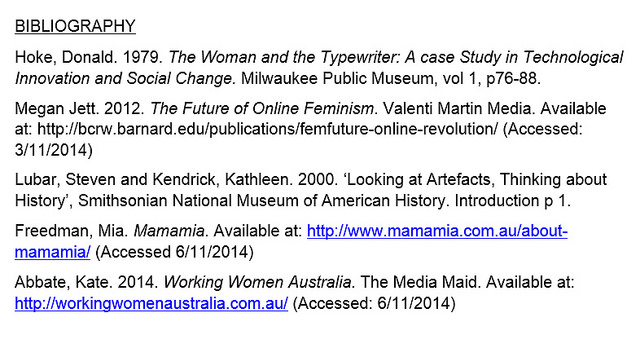 An example of an entry in a bibliography under MLA style:

These consulted literature have to present in a specific format: either MLA, APA, Chicago or Turabian style, depending on the particular style of writing used in the article.

What is Works Cited

Works cited refers to the list of the cited works in the paper or the academic writing. These cited works, referred to as “Works Cited Page”, is usually a separate page at the end of the student’s paper/essay or the research paper.

Works cited is sometimes referred to as ‘References’ as well. However, works cited usually written in MLA style, and if it is written in APA, it goes under the title ‘References.”

These citations the students incorporated in writing can be either in direct quotes, rephrased summaries, incorporation of data or even general information, like statistics. All these that are cited have to be listed in the works cited page. Therefore, all research papers, projects, student essays, etc. should have works cited page to give credit to the sources refereed in writing.

Format of a Works Cited page 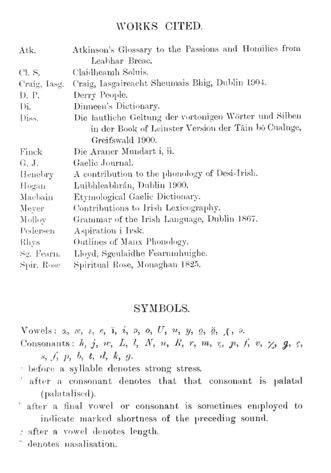 An example of an entry in the works cited under MLA style can be :

Similarities Between Bibliography and Works Cited

Difference Between Bibliography and Works Cited

Bibliography is the list of the external sources or materials referred to in a scholarly work, typically printed as an appendix. On the other hand, works cited is a list of only the sources or literature referenced in the body of an academic article.