Home » Science » Biology » What is the Difference Between Bolus and Chyme

The main difference between bolus and chyme is that bolus is the food mashed up inside the mouth, subsequently converted into chyme, whereas chyme is the food digested inside the stomach. Furthermore, the bolus is more alkaline while the chyme is more acidic. In addition to these, bolus passes into the stomach through the esophagus, while chyme enters into the small intestine.

Bolus and chyme are two states of the food ingested into the gastrointestinal tract of animals. 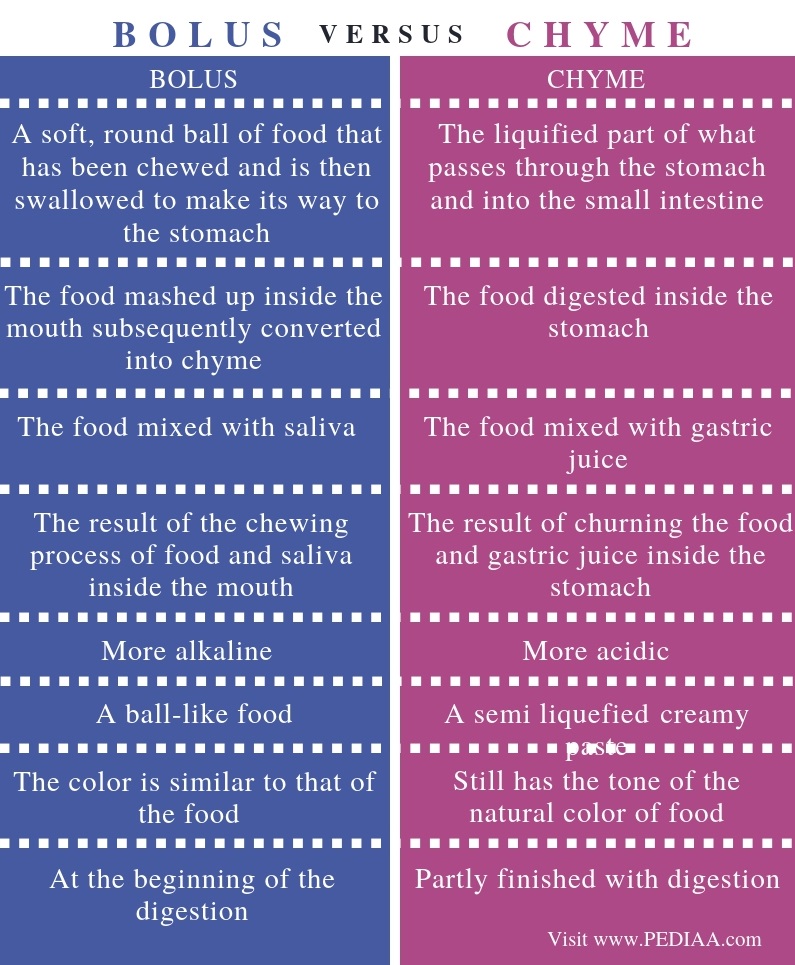 The bolus is the ball-like combination of food and saliva produced as a result of the chewing process inside the mouth. Generally, saliva is a combination of secretions of salivary glands and serous glands, which open into the oral cavity. The three main pairs of salivary glands in the mouth include the parotid glands, submandibular glands, and sublingual glands. Also, the two main types of digestive enzymes present in the saliva are amylase and lingual lipase. Basically, amylase converts the starch in the food into maltose while lipase catalyzes the hydrolysis of lipids. Meanwhile, the serous fluid and mucus inside the mouth are responsible for the lubrication of food.

Furthermore, with the help of tongue and teeth, this combination of food and saliva is made into a bolus, which passes into the stomach through the esophagus. Significantly, this ball-like nature is important for facilitating swallowing. 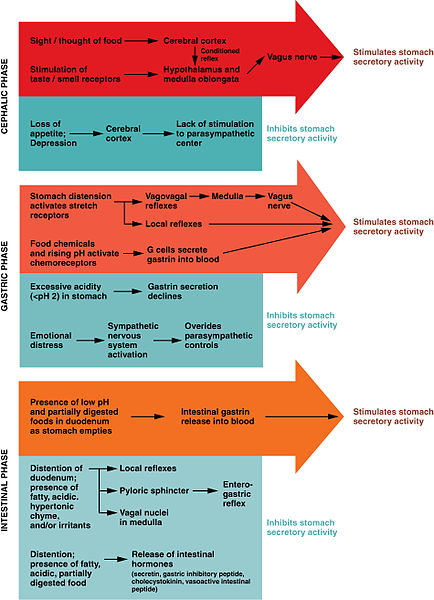 Figure 2: Three Phases of Digestion in the Stomach

Moreover, churning, which occurs through the peristalsis, is the process of mechanical digestion inside the stomach. Here, waves of muscular contractions, which occur along the wall of the stomach result in the mechanical breakdown of food particles while mixing gastric juice well with food.

Similarities Between Bolus and Chyme

Difference Between Bolus and Chyme

Bolus refers to a soft, round ball of food that has been chewed and is then swallowed to make its way to the stomach while chyme refers to the liquified part of what passes through the stomach and into the small intestine.

Moreover, the bolus is the food mashed up inside the mouth, subsequently converted into chyme, while the chyme is the food digested inside the stomach.

Moreover, the bolus is more alkaline while the chyme is more acidic.

While bolus is a ball-like food, chyme is a semi liquefied creamy paste.

The color of the bolus is similar to that of the food, while chyme still has the tone of the natural color of food.

The bolus is at the beginning of the digestion while the chyme is partly finished with digestion.

In brief, the bolus is the result of the chewing process of a mixture of food and saliva. Moreover, it is ball-like and passes into the stomach through the esophagus. In contrast, chyme is the result of the churning process of bolus and gastric juice. However, it is a creamy paste, which passes into the small intestine. Therefore, the main difference between bolus and chyme is the type of digestion of food.