Bridesmaid and maid of honor are two important roles of the bridal party in a wedding. Before selecting the right person for each role, you should know the exact difference between these two roles. 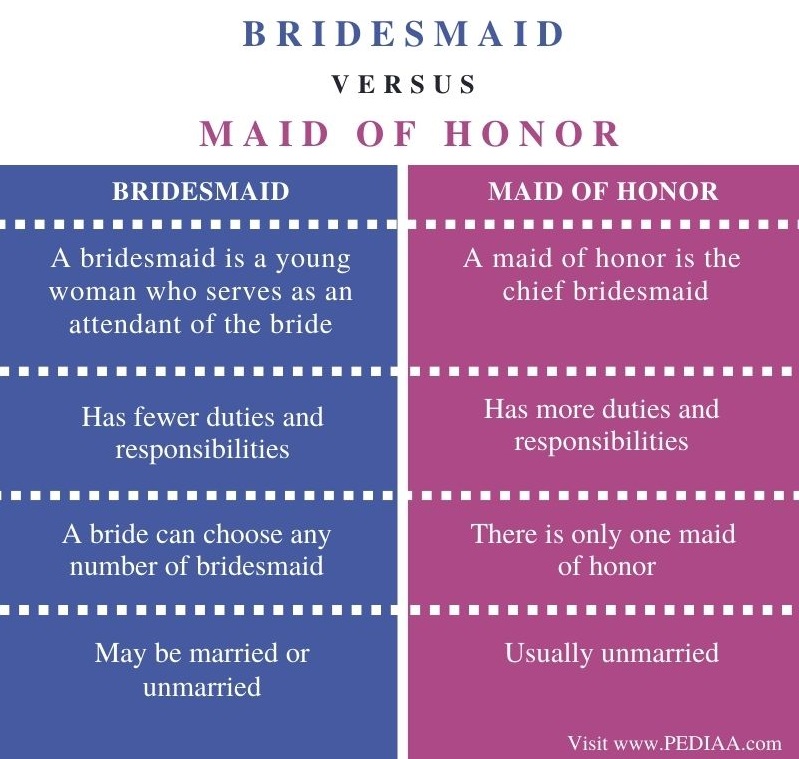 Who is a Bridesmaid

Bridesmaids are only required to attend the wedding and assist the bride on the day of the wedding. Sometimes, they may be asked to help with planning the wedding and reception. In modern times, bridesmaids also attend other wedding-related events like wedding rehearsal, bachelorette party or bridal shower. 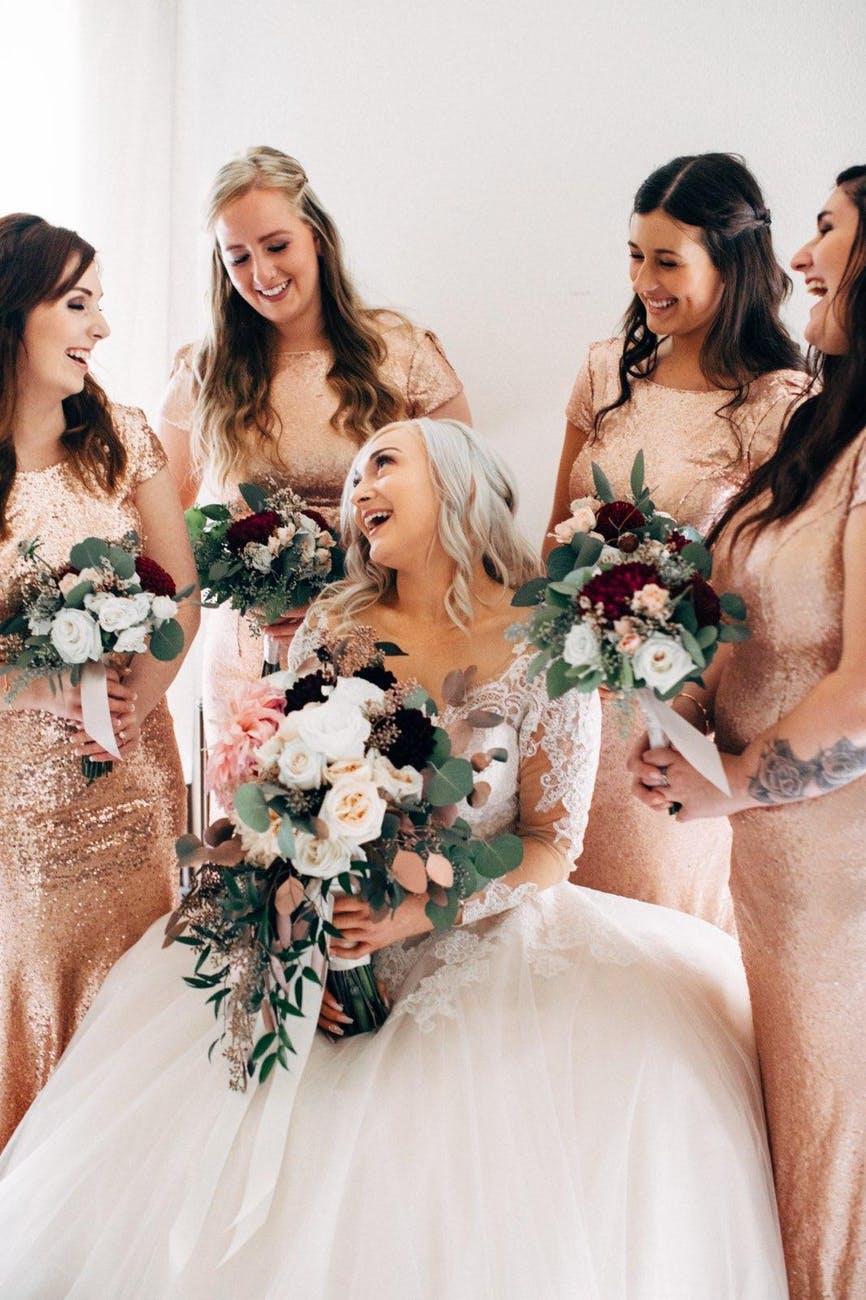 Who is a Maid of Honor

A maid of honor is a chief bridesmaid. Maids of honor are usually unmarried; if they are married, we call them matrons of honor. A bridal party may contain several bridesmaids, but the title of maid of honor goes the main bridesmaid, usually the bride’s sister or closest friend. In other words, she will be the right-hand woman of the bride on the wedding day. Generally, a maid of honor is dressed the same as bridesmaids. 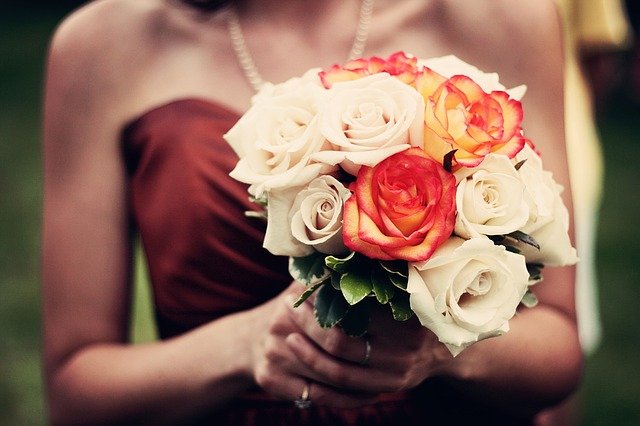 A maid of honor usually has many duties and responsibilities than bridesmaids. Some of these may include helping with the wedding plans, dress shopping, helping the bride to dress, keeping track of the wedding gifts, making a toast to the couple, signing the marriage license as a witness, carrying the groom’s ring, and holding the bride’s bouquet while the ceremony is taking place. She must also keep track of all other bridesmaids and make sure everyone receives updates about the wedding, keep their appointments, etc.

Difference Between Bridesmaid and Maid of Honor

A bridesmaid is a young woman who serves as an attendant of the bride during the wedding ceremony while a maid of honor is the chief bridesmaid.

Maids of honor can have more duties and responsibilities than a bridesmaid.

A bride can choose any number of bridesmaid, but there is usually only one maid of honor.

Bridesmaids can be married or unmarried, but a maid of honor is usually single.