The main difference between bull and buffalo is that bulls are uncastrated adult males of the species Bos taurus, while buffalos are large cattle-like animals belonging to the subtribe Bubalina. 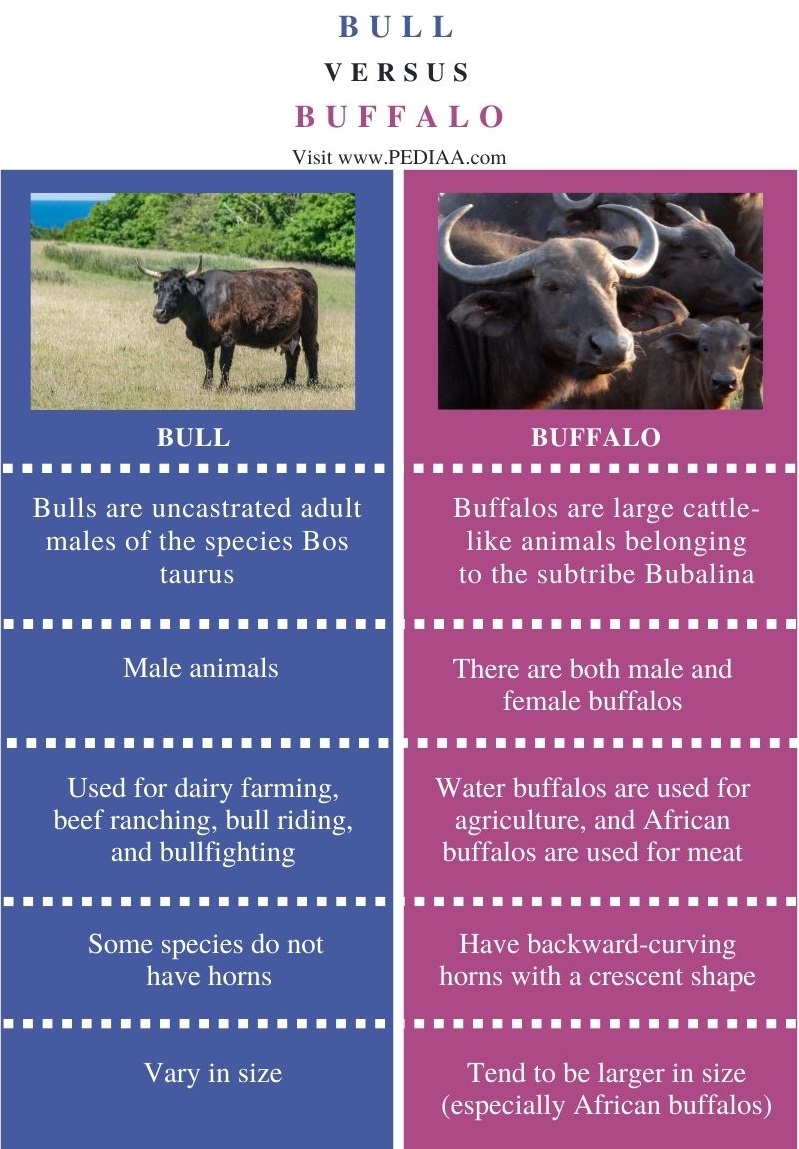 A bull is an uncastrated adult male of the species Bos taurus. The male cattle that have been castrated are known as oxen or steer. Bulls are the male counterpart of cows. They are more muscular than cows and have thicker bones, muscular necks, larger feet and heads. Although they are the same height as cows, they weigh more due to their bone mass and additional mass. These features help them to fight over domination over a herd. Bulls are also more aggressive than cows. Moreover, bulls are more aggressive than cows. Therefore, they require careful handling. 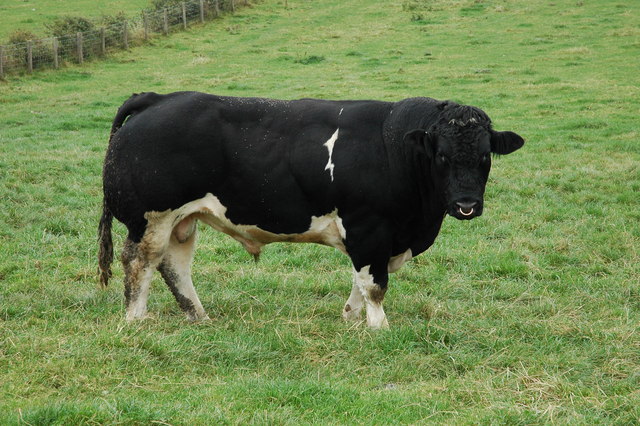 Bulls play a significant role in many cultural activities like bull riding and bullfighting. People also use them in dairy farming and beef ranching. There are many breeds of cattle like Hereford, Jerseys, and Angus. Each shows different features and has different uses in ranching.

It’s also important to know that we usually use the word bull to refer to male species of other animals, such as bison, elephants, hippos, elk, and antelopes.

Buffalo is a name we use to refer to several bovines. In the United States and Canada, people typically use the name buffalo to refer to bison. But bison are only distantly related to true buffalos. True buffalos are found in South Asia, Southeast Asia, and sub-Saharan Africa. These include African buffalo, wild water buffalo, and water buffalo.

Buffalos are large and cattle-like animals, but they do not share a genetic link to cattle. An average male buffalo weighs around 1600 pounds and stands around 5 feet tall at the shoulder. Their length from nose to tail is around 7 feet. 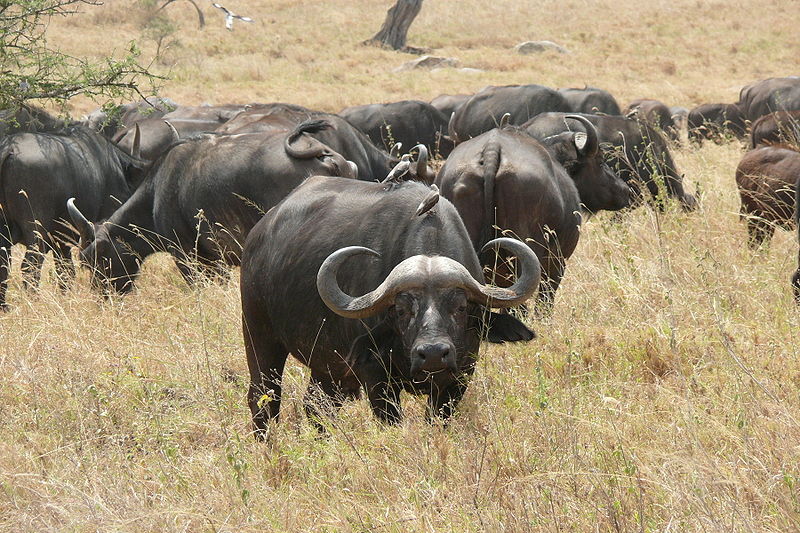 African buffalos are a robust species and are usually found in the wild. They are sometimes hunted for meat. Water buffalos, on the other hand, mainly inhabit Asia. Asians use water buffalos for agriculture, just like how cows and oxen are used in other regions of the world.

Difference Between Bull and Buffalo

Bulls are uncastrated adult males of the species Bos taurus, while buffalos are large cattle-like animals belonging to the subtribe Bubalina.

Bulls are male animals, but there are both male and female buffalos.

In addition, buffalos have backward-curving horns with a crescent shape, but not all bulls have horns.

Buffalos, especially African buffalos, tend to be larger than bulls.

Bulls are uncastrated adult males of the species Bos taurus, while buffalos are large cattle-like animals belonging to the subtribe Bubalina. While bulls are male animals, there are both male and female buffalos. Thuus, this is the main difference between bull and buffalo.