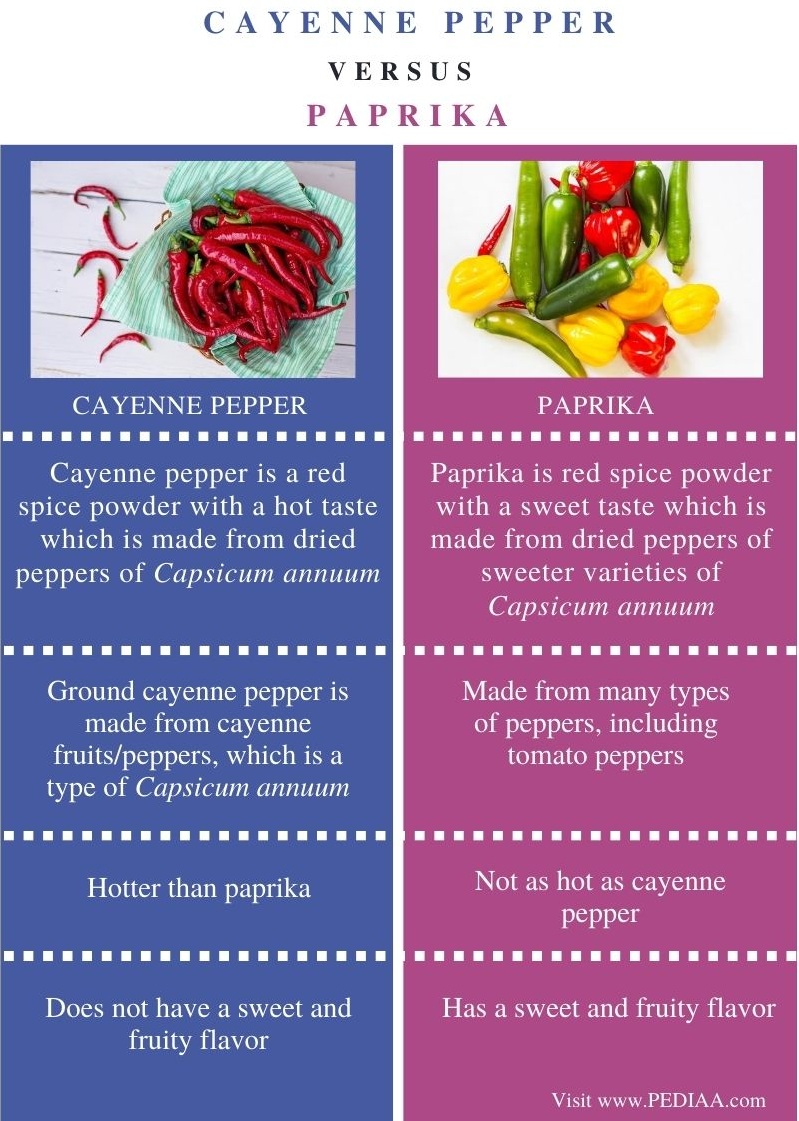 What is Cayenne Pepper

Cayenne pepper powder is a red powder with a hot taste which is made from dried peppers of Capsicum annuum, which is closely related to bell peppers and jalapeños. Cayenne peppers are hot peppers you can use in most spicy recipes. The spiciness comes from their active ingredient, capsaicin. They are moderately hot peppers and have a value fluctuating between 30,000 – 50,000 Scoville Heat Units (SHU) on the Scoville Scale. Moreover, Cayenne peppers are about ten times hotter than jalapeno peppers.

The Cayenne fruits (peppers) are generally dried and ground to make the powdered Cayenne powder. In fact, cayenne pepper is mostly available on the market as a finely ground powder. Fresh Cayenne peppers are 10 to 25 cm long, skinny, and bright red-colored. They have a tapering shape, a curved tip and somewhat rippled skin. The name Cayenne comes from the city of Cayenne in French Guinea, from where the pepper originates (the first documented uses). Cayenne peppers are a staple in Mexican, Creole and Cajun cuisines. Indian, Korean, Sichuan, and other Asian cuisines also use cayenne powder.

Paprika is a ground spice made from dried red peppers of the plant Capsicum annuum. It is a mild variety of pepper that is not as spicy as cayenne pepper. Paprika spice is made from many types of peppers, the most common being the Hungarian paprika pepper, which is a fairly large red-coloured chili pepper. However, Hungary is not the only country that produces paprika – other countries like Spain and the USA also grow them. 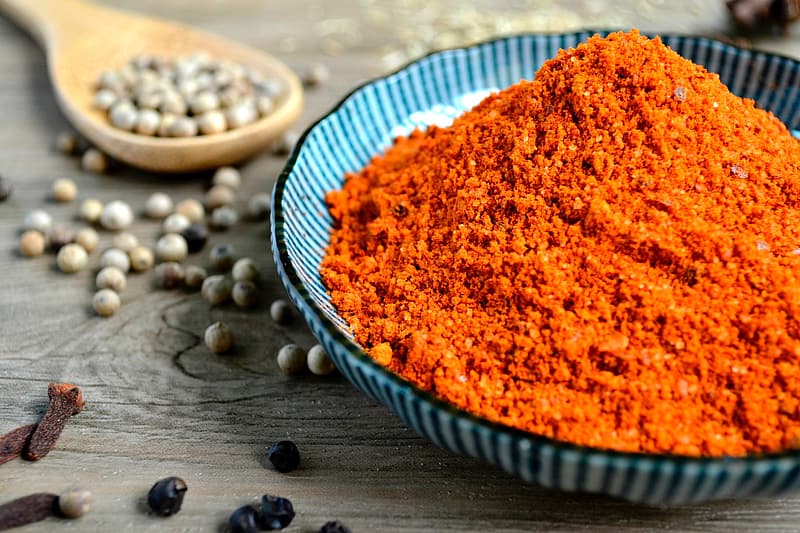 We can use paprika either as a spice or a garnish. Though there are hot varieties of paprika, most paprikas are sweet and not very hot. This is because paprika is made from sweeter varieties of the Capsicum plant. The darker, browner shades of paprika are the spiciest while red colored paprika has a milder taste. In Hungary, there are eight grades of paprika ranging from delicate to hot: Különleges, Édesnemes, Csípősmentes Csemege, Csemegepaprika, Csípős Csemege, Rózsa, Félédes, and Erős. Különleges is the mildest in flavor, has a very sweet taste and a bright red color while Erős is the hottest version and has a light brown to orange color.

Difference Between Cayenne Pepper and Paprika

Ground cayenne pepper is made from cayenne fruits/peppers, which is a type of Capsicum annuum, while paprika is made from many types of peppers, including tomato peppers.